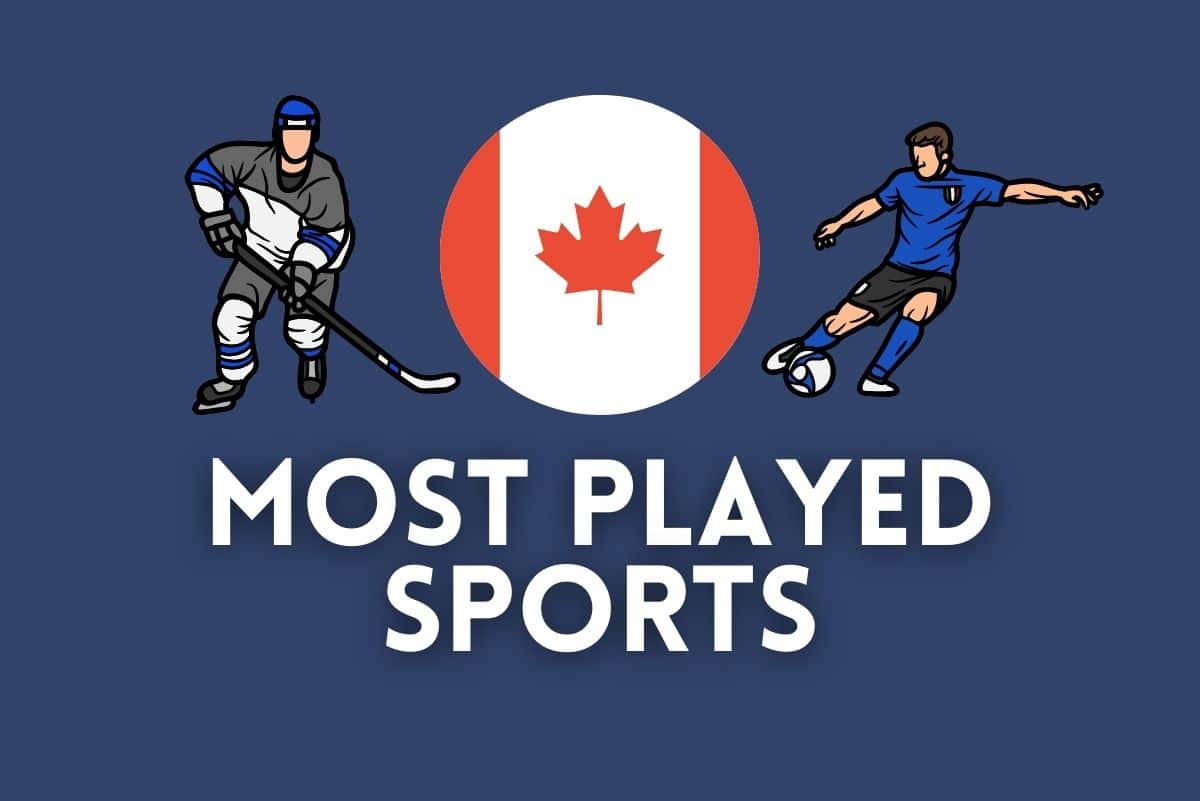 North America is a melting pot of athletic talent, from Olympic gymnasts to the giants of the NBA and NFL. But while the United States of America typically takes the headlines, Canada can proudly boast some sporting heroes of its own.

From the all-time NHL great Wayne Gretzky to the NBA’s slick-passing Steve Nash and the hard-hitting MMA talents of Georges St-Pierre, these athletes have inspired generations of Canadians to pick up sports. But which are the most played sports in Canada?

What is Canada’s National Sport?

Canada enjoys two national sports. In the winter it is, of course, ice hockey, while in the summer lacrosse is the sport of choice. Perhaps most famously, ice hockey is a hugely popular sport in Canada and for many young Canadians it is the dream to line up in the NHL.

However, unbeknown to many, cricket was the original national sport of Canada before it was overtaken in popularity by ice hockey. Of course, cricket being a sport that is dependent on good weather means its popularity was always under threat.

Most Played Sports in Canada [RANKED]

A look at the Olympic medals Canada has won paints a picture of the most popular sports in the country. Canada tops the medal table for ice hockey, freestyle skiing and curling and a healthy collection of medals in speed skating, snowboarding and the bobsleigh.

But which are the most played among all Canadians?

Perhaps unsurprisingly the country that is often synonymous with ice hockey enjoys it as the most popular sport. Over 1.3 million people play ice hockey in Canada but bizarrely, no Canadian NHL team has won the Stanley Cup since 1993.

Football is the most popular sport in the world because all you need is a ball, or something to act as a ball and you can play. With approximately 1 million Canadians playing football for over 1,200 clubs, it’s clear that Canada’s love for football is growing.

With Canada appearing at the World Cup in 2022 for the first time in many decades, it may well be the most popular sport in the future.

Success in a sport can lead to greater interest and following the success of the Toronto Raptors in 2019, basketball is enjoying a growing popularity among young athletes. 340,000 young people aged between 3 and 17 are now playing the sport, putting it at third in the most popular Canadian sports.

With the NBA one of the most-watched sports leagues in the world, further success for Toronto may see basketball rise further in these rankings.

Canada is the third-largest golfing nation in the world with 2,700 facilities available and 310,000 registered golfers make it the fourth most popular sport in the country.

Baseball is one of the oldest sports in North America which means it will always enjoy a decent level of popularity. In Canada, 120,000 people play minor league, ensuring baseball is played around the country and the traditional sport is kept alive.

Most Popular Sport in Canada

Canada enjoys a great sporting pedigree with athletes proudly sporting the Maple Leaf across a variety of world sports. Undoubtedly, ice hockey is the most popular sport in Canada, and possibly forever will be.

However, there are some up-and-coming sports that are worth keeping an eye on. Cricket is enjoying a boom while rugby and Canadian football are also widely enjoyed across the country. Lacrosse is the second national sport while Canada’s unrivalled Olympic success in curling ensures it shall remain part of the sporting culture for generations to come.