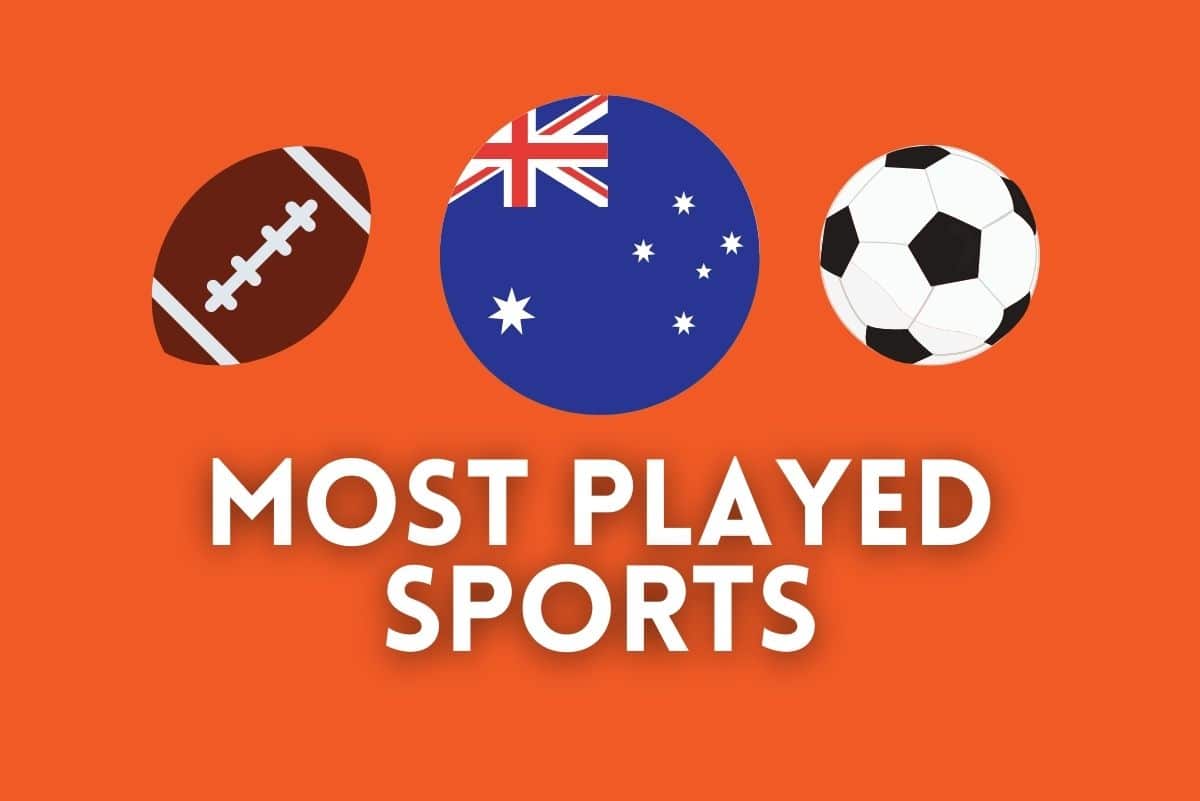 When it comes to Australia, we’re talking about a gigantic country that marches to the beat of its own drum, with the nation’s sporting interest being no exception.

Between worldwide sports like basketball, tennis and football (or soccer as they call it in the lands down under), traditional commonwealth games like Rugby and cricket and even their own authentic sports, the Australian sporting landscape makes for a unique mosaic.

But what are the most played sports in Australia? Which one is the most popular? and what about the country’s national sport?

What is Australia’s National Sport?

While it may not be the most popular sport in the country nor the most played, cricket remains Australia’s recognized national sport.

Similarly to other Commonwealth countries, Australia is one of the biggest havens for cricket. The game is also the nation’s ultimate summer sport as it is widely popular between September and April. During theses months in particular, you’d surely spot regular folks holding a cricket bat in their backyard all over the country.

Most Played Sports in Australia [RANKED]

According to OtherGoSports, swimming the most practiced sport in Australia, followed by cycling. But in our study, we’ll primarily focus on team sports, and in this regard, soccer has become the most played sport in the country, ahead of Aussie’s authentic games.

As we all know, football is the most popular sport in the world by a significant margin. But while the Beautiful Game was somewhat lagging behind some of Australia’s more traditional sports, soccer (as they call it in the lands down under) has cemented itself as the most played sport in the country.

The Socceroos have become a regular staple in the World Cup since 2006, which surely boosted the sport’s status in the country. The emergence of stars who plied their trade in the English Premier League like Tim Cahill and Mark Viduka also earned the sport a wider audience in the country.

Thus, soccer became the most played sport in Australia with over two million participants. Astonishingly, 48.7% of children take part in soccer matches all around the continent.

Australian football is the second most played team sport in the country with more than one and a half million players taking part.

Australian rules football is also known as “Aussie rules”, “footy”, or quite simply “football”. Similarly to the United States, Australian us the term “soccer” to differentiate between the sport known as “football” in the vast majority of the world and their own authentic version of football.

Some even likened it to rugby due to some common aspects. But while rugby league and rugby union are both popular sports in the country, Aussie football is a different sport that adopts its own rules and regulations, including the famous oval pitch.

Cricket is recognized as both the country’s national sport and summer sport, but in terms of participants, it lands third behind soccer and Australian football.

While it’s difficult to determine exact numbers, studies indicate than more than 1.4 million persons practice cricket in Australia which is considered amongst the most declining sports in the world in terms of popularity.

Most Popular Sport in Australia

With more than seven million spectators, Australian football is easily the most popular sport in Australia. Although more persons practice soccer – likely due to its safer nature – Aussies prefer to watch or attend an ASL game.

In the table below, we’ll take a closer look on the number of viewers and average attendance of the most popular sports in Australia based on StatScore data for 2018/19 season.