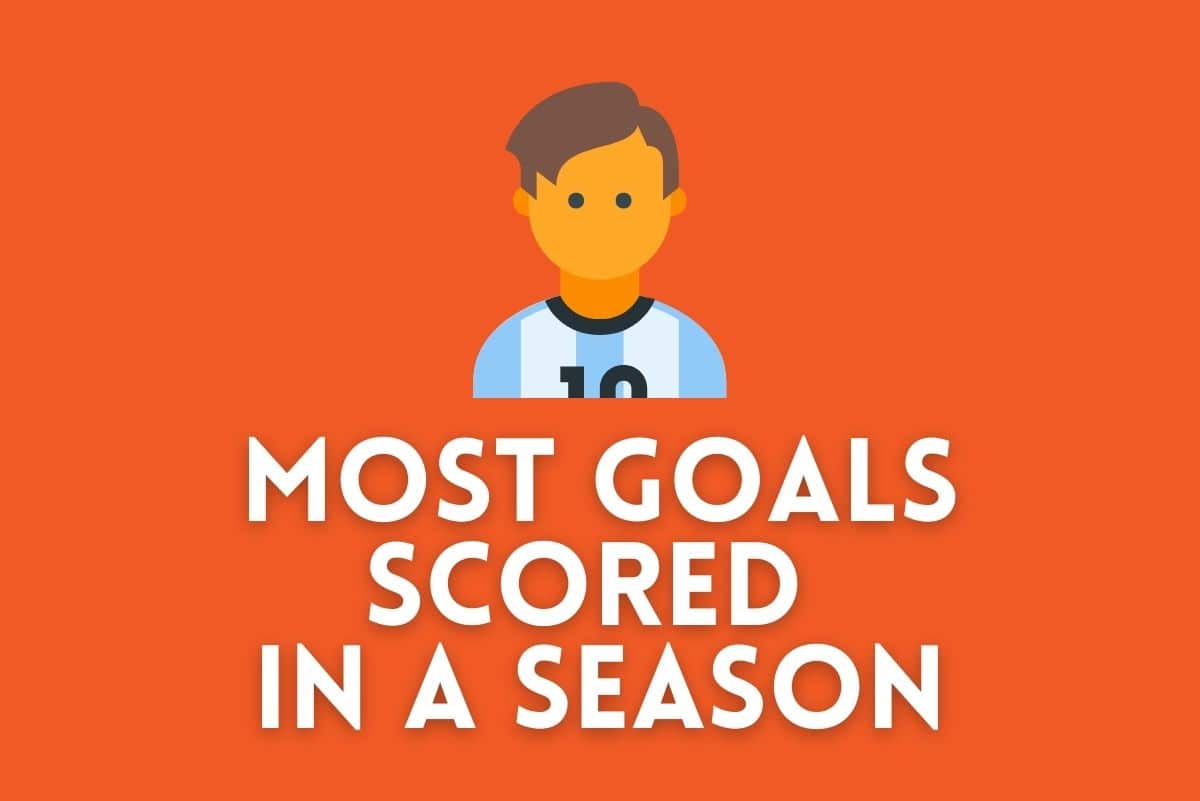 Players who hit the back of the net regularly are worth their weight in gold in football, and are usually the fan favourites in any side.

While some strikers might be satisfied with a 20-goal haul in any season, the real greats of the game set their sights just a little higher.

The likes of Ronaldo and Messi may tower above the mere mortals of the game, but how many goals have they and other top players managed to net in a single season.

With Erling Haaland ripping up record books in England, what kind of numbers should he be aiming for?

Most Goals in a Season in All Competitions [Top 10]

Messi had a majestic 2011/12 season, which included scoring a La Liga-record 50 goals in only 37 games and finding the net 14 times in the Champions League. However, both achievements were in vain, as Barca finished second in the league and only reached the semi-finals of the Champions League.

You might not have heard of him or the Hungarian club he played for at the time, but Deak notched up an amazing 66 league goals in 1945/46 from only 34 matches, a record for goals scored in a European League season.

Legendary German striker Muller has gone down in history as one of the best penalty-box poachers ever. Evidence of this came in 1972/73, when he scored 36 league goals, seven in the German Cup, 12 in the League Cup and 11 in the European Cup.

Dean was one of the greatest goalscorers of his generation, and his exploits during the 1927/28 English league season may never be bettered. (Over to you Mr Haaland.)

Only 21 years old at the time, Dean netted a hat-trick on the final day of the season to reach a staggering 60 league goals, to go with three in the FA Cup.

Ronaldo’s first appearance on this list is helped by the fact he scored 48 La Liga goals from only 35 appearances in 2014/15, and another 10 in the Champions League. He also contributed 17 assists for teammates.

It’s that man Ronaldo again. Three years before notching 61 goals, he managed to net 60 times in 2011/12, including 46 league goals that helped Real Madrid to the title. He also successfully tucked away 12 penalties during his phenomenal season.

The Hungarian striker proved he wasn’t a one-season wonder by racking up an amazing 59 league goals from 30 games in the 1948/49 season for Ferencvaros, his hometown team, helping them win the national championship by 11 points.

He might be controversial, but there’s no doubt about Luis Suarez’s goal-scoring ability. He found the net 40 times in 35 La Liga appearances and 59 times in 53 games overall in the 2015/16 season, helping Barcelona to achieve a league and cup double.

It’s fitting that Lionel Messi, arguably the greatest player of all time, rounds off our list. The legendary Argentinian had yet another stunning season in 2014/15, scoring 43 league goals, five in the cup and 10 in the Champions League, a total of 58 goals in 57 games, as Barcelona achieved a domestic double and lifted their fifth Champions League.