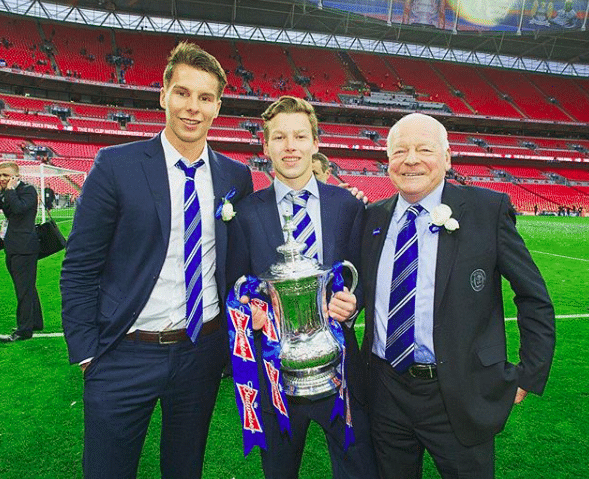 It’s the oldest club cup competition in the world, whose finals have involved Dave Whelan breaking his leg (but you already knew that), Alan Pardew dad-dancing and a white horse called Billie. It could only be the FA Cup.

Though its star may be on the wane now, the FA Cup remains the one to win for English football’s traditionalists. Not only is it a major piece of silverware, but it’s a chance to write your own chapter in a competition steeped in a history.

We’re going to look back at some of that history here – goal-scoring history, specifically. Who is the FA Cup all-time top scorer? Who has scored the most FA Cup final goals? What is the highest-scoring game in its history? Let’s take a look:

Which Player Has Scored in the Most FA Cup Finals?

That would be Didier Drogba, who became the first player to score in four FA Cup finals when he netted the winner for Chelsea in their 2-1 win over Liverpool at Wembley in May 2012.

Drogba had previously scored the only goal in both the 2007 and 2010 finals, which helped Chelsea see off Manchester United and Portsmouth respectively, as well as Chelsea’s equaliser in the 2009 final, which they eventually won 2-1 against Everton.

His goal in the 2012 final edged out Ian Rush, who had struck braces in Liverpool’s two final triumphs against Everton in 1986 and 1989, and who also got on the scoresheet in their 2-0 Wembley win over Sunderland in 1992.

Who Has Scored the Most Goals in FA Cup Finals?

That’s a record that does belong to Ian Rush, though – those two braces and 1992 final goal make five, which nobody else has managed in the competition’s history.

It’s just one of many accolades Rush holds, including Liverpool’s record scorer with 346, the joint-top scorer in League Cup history with 50 (tied with Geoff Hurst) and the most goals scored in Merseyside derbies – those FA Cup final doubles were just four of 25 strikes against Everton he managed while in the red of Liverpool.

Which Player Has Scored the Most FA Cup Goals?

In the FA Cup, ‘most goals’ is an accolade still belonging to Harry Cursham, primarily of Notts County but who also represented Corinthian, Grantham Town and Thursday Wanderers during the late 1800s.

Cursham netted 49 goals in 44 FA Cup appearances between 1877 and 1891, a feat that remains unmatched today. Once again, Ian Rush remains his closest challenger, with 44 strikes in the competition from 1979 to 1998.

Cursham’s FA Cup exploits include a six-goal spree in Notts County’s 11-1 win over Wednesbury Strollers in the second round of the 1881-82 tournament, as well as netting four in County’s 15-0 win (a record at the time) over Basford Rovers in the first round of the 1886-87 competition.

The FA Cup top scorer also earned eight England caps in his career between 1880 and 1884, scoring five times, including in a 13-0 win over Ireland in February 1882.

Most Goals in an FA Cup Game

Preston’s 26-0 vanquishing of Hyde on October 15, 1887 remains the highest-scoring game in FA Cup history, as well as, of course the biggest margin of victory the competition has seen.

Under club secretary William Sudell, that Preston side were a force to be reckoned with; they finished in the top two for the Football League’s first five seasons, enjoyed a 42-game unbeaten run in the late 1880s, and won the 1889 FA Cup without letting in a single goal.

Hyde, then, stood no chance. A match report from the North Cheshire Herald read: “There were periods in the match where North End scored four goals in seven minutes; seven in 12 minutes; and six in 15 minutes.”

12-0 up at the back thanks to a braces from Jimmy Ross, George Drummond Fred Dewhurst, John Gordon and Sam Thomson, and goals each from Nick Ross and John Graham, before another 14 after the interval including a further five from Ross.

The FA Cup was not to be Preston’s that year, though; they lost 2-1 in the final to West Brom at the Kennington Oval, but would make amends by winning it in 1889, scoring 56 and conceding none in the process.