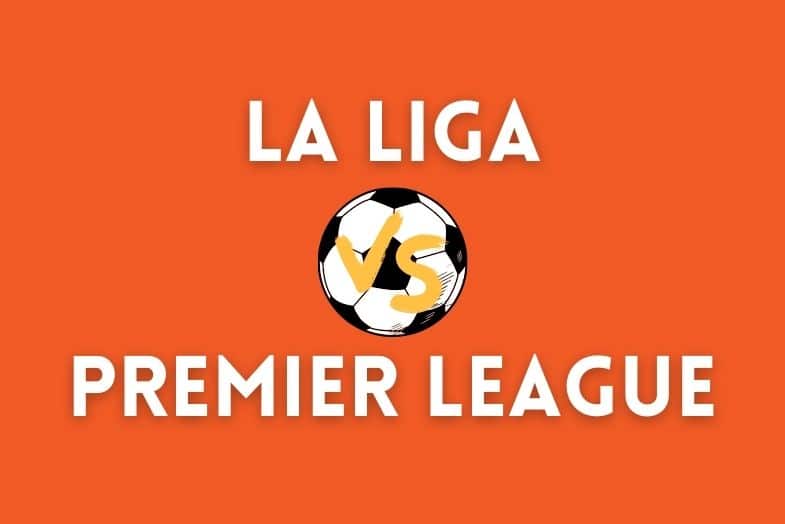 While Serie A was the consensus best football league in the world during ’80s and ’90s of the last century, the Premier League and La Liga have slowly but surely cemented themselves as the two superpowers since the turn of the new millennium while Calcio lost a significant chunk of its previous glory and glamor.

While the English league is the most competitive from top to bottom, its Spanish counterpart managed to build an enormous following on the back of the never-ending rivalry between Real Madrid and Barcelona and their greatly-anticipated ‘El Clasico’ clashes.

But which league is better? La Liga or the EPL?

We’ll try to find an answer based on different aspects, including viewership, European titles, and head-to-head clashes.

In order to compare the Premier League and La Liga, we’ll have to take a closer look at the number of viewers, the revenues, Champions League records and head-to-head encounters.

According to gamingzion.com, the EPL and La Liga are undisputedly the two most watched leagues in the world. However, there’s a major gap between the two competitors on this front.

While the Spanish league attracts an average total of 300 million viewers per season, the Premier League has been able to double the figure with 600 million viewers worldwide, lifting all doubt over the popularity debate.

Once again, EPL and La Liga land in the top spots when it comes to the football leagues with the biggest revenues, and reminiscent to viewership, it’s the English who leave the Spaniards in the dust.

According to Statista, the Premier League generates around 6.1 billion euros during the 2021/2022 campaign, while La Liga’s revenues reached 3.4 billion euros.

This is where the tide begins to turn in favor of the Spaniards. When it comes to the Champions League, La Liga clubs reign supreme with 19 total triumphs, mostly thanks to Real Madrid and their 14 titles, while their arch-rivals Barcelona provided the remaining five trophies.

On the other hand, Premier League clubs are currently second on the all-time list with 14 titles in total. Liverpool has the lion’s share with six triumphs, while Manchester United have three, Chelsea (2), Nottingham Forrest (2) and Aston Villa complete the haul.

In this section, we’ll take a look at the direct meetings between EPL and La Liga clubs in European finals. Of course the most significant continental competition is the Champions League, and the Spanish clubs have the clear upper hand with five triumphs while the English’s lone victory dates back to 1981.

As for the Europa League (previously known as the UEFA Cup), La Liga also reigns supreme with the current result being 4-1. While the Premier League has a slight advantage in European Super Cups (4-3), it surely isn’t enough to impact the final outcome.

Which is Better: Premier League or La Liga? [CONCLUSION]

Based on the categories mentioned below, the final score is a 2-2 tie between the Premier League and La Liga.

While the EPL dwarfed the competition in terms of popularity and revenues, the Spanish league has the upper-hand on the pitch, with its representatives finding great success in European competitions.