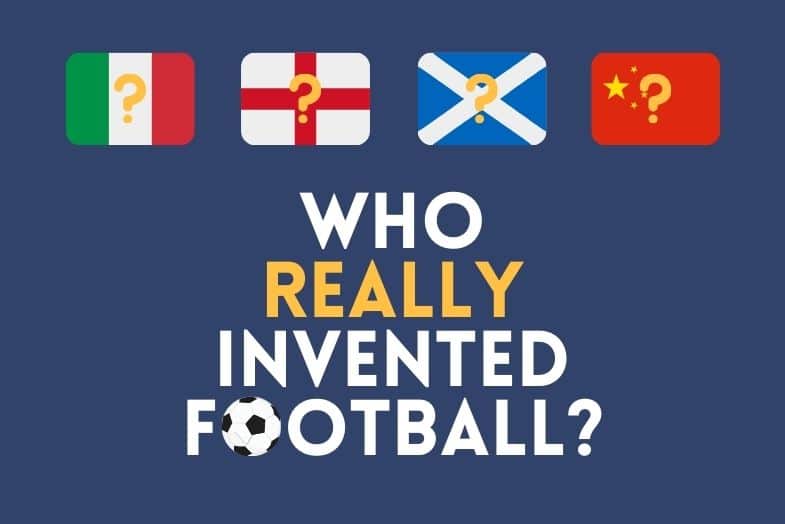 Unless you are English, you may find yourself annoyed every two years. Why is that you ask? Well, it’s another international football tournament. That means a constant barrage of English supporters singing “It’s coming home, football’s coming home!”

For many of us, these are the sounds of sweet music to our ears. Lost in the frustration of the non-English supporters, is the fact that many of us sing it tongue in cheek. 1966 was a long time ago, and many of us wonder if the home of the beautiful game will manage to win a major tournament ever again.

England’s continual ability to disappoint has led many neutrals to wonder, did England even really invent football?

England did not invent football. Instead, it was the first place where the rules of the modern game were codified as Association Football. The sport as it’s played today all over the world are based on the evolution of these rules.

On the 26th of October 1863, The Football Association was formed in England with the commonly agreed rules of the game.

The England national team played its first international fixture against Scotland in 1872. Shortly after, they created the England badge which is still used today. Most will recognise the iconic three lions. Each lion represents one of three English realms from the mid-12th century to the end of the 15th century.

Was Football Invented in Scotland?

Scotland did not invent football; however, historians believe that a form of mediaeval football reached the country by way of France or England during the middle ages, where it evolved. Scottish football clubs began to form in the late 1860s and 1870s, shortly after the rules had been established by The Football Association.

The earliest known reference to football in Scotland is from 1424 when King James I passed the Football Act 1424, outlawing the game. It is speculated that this act was passed in response to the violence of the game and its effect on the Scottish military.

A historian in Scotland, Ged O’Brien claims that there is evidence that a modern game of ‘passing and running’ football has been played in Scotland for 500 years. O’Brien also asserts that the modern game was born as a result of the clan system that led to teams and competition. If true, these claims would predate the formation of Association Football and the Three Lions in England.

The simple answer to who invented football: the world. History is a bit fuzzy and there is yet more to learn. A game of kickball in China predates any type of European Football. While countries like England, Scotland, and France all have claims to what we have today as the modern game of football.

It’s hard to really say just who ‘invented’ football. Some form of a football-like game likely evolved in many parts of the world. In China, a game of cuju, kickball, has been played for well over 2,000 years. Recent scholars have found that as far back as 1,000 years ago, this sport had a full-blown league with managers, trainers, and team captains.

In Europe, what’s known as mediaeval football appears to have its roots at least as far back as the 9th century in Wales and the mid-12thh century in France.

During international matches, English supporters can be heard singing the lyrics “Football’s Coming Home” from the song Three Lions. The song was written as the football anthem for the national team during the ’96 Euros which were hosted in England. The lyrics are a reference to the 1966 World Cup and international football returning to the “homeland of the sport”.

The song was written by English comedians David Baddiel and Frank Skinner along with the rock band The Lightning Seeds. The Three Lions song is also referred to as “Football’s Coming Home” or “It’s Coming Home”.

In the song, there are many references to the 1966 World Cup-winning squad including English players such as Bobby Moore, Bobby Charlton, and Nobby Stiles.

Football did indeed come home in 1966, but when will it return?