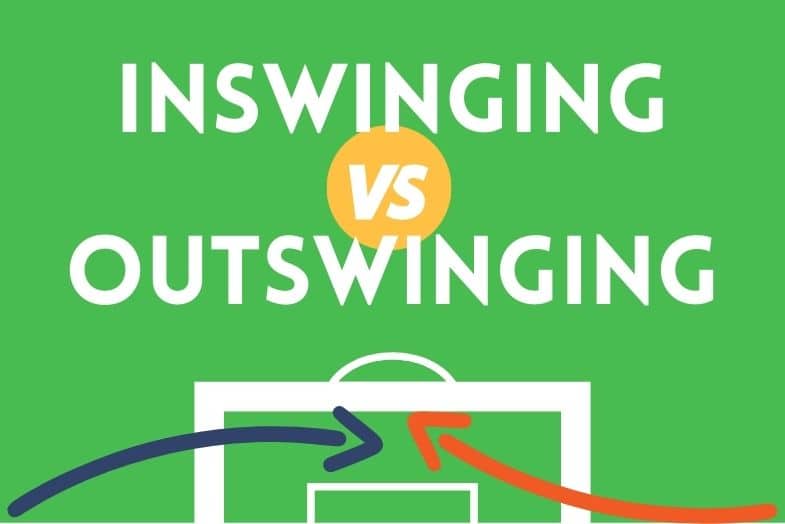 It’s one of the cornerstones of British football – a huge cheer from the fans when their team wins a corner.

One of the most successful managers of all time, Jose Mourinho, has admitted that he was bemused by the fans’ excitement when he arrived in English football, largely because of the relatively small chance of successfully benefitting from this particular set-piece.

Only 3.4% of corners led to goals in the past ten Premier League seasons, which has led to comparisons being drawn between the dangers of a corner compared to other set-pieces such as free kicks and penalties.

But despite this, and Jose’s misgivings, the fact remains that corners offer teams an excellent and unopposed opportunity to get the ball into their opponent’s penalty box.

So how often do teams actually score from corners? And which type of delivery is best, inswinging or outswinging? The statistics can provide answers to these questions.

In the top five European leagues in the 2019/20 season, 30% of inswinging corners reached one of the taker’s team-mates, while shots taken following an inswinging corner had a 10.8% likelihood of finding the net.

In addition, an inswinging corner had an 18.6% likelihood of actually resulting in a shot on goal.

In the top five European leagues in the 2019/20 season, 42% of outswinging corners reached one of the taker’s team-mates, while shots taken following an outswinging corner had a 6.5% likelihood of finding the net.

In addition, an outswinging corner had a 20.9% likelihood of actually resulting in a shot on goal.

Are Inswinging or Outswinging Corners Better?

But does that tell us the whole story about corners?

Obviously, the statistics referenced in this article are based on generalised data gathering, albeit on a huge scale, and cannot account for the tactics and effectiveness of individual teams, or even individual set-piece takers (David Beckham anyone?).

It is also difficult to quantify the effectiveness of corners due to the fact that teams defend them differently in modern-day football.

Where man-to-man marking used to be the norm, some managers nowadays prefer to use a zonal marking approach, or a hybrid of the two.

But, based on the data, it seems that if a club wants to be successful from corners then an inswinger might be the best approach.