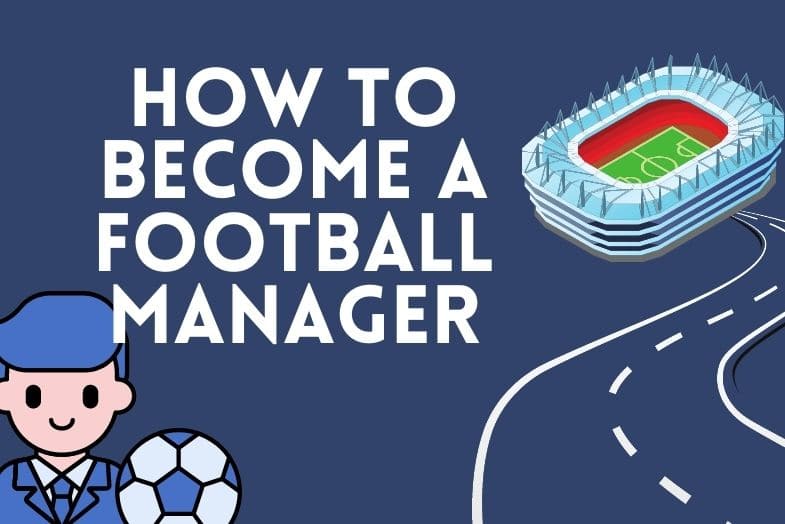 The path walked by football managers is a rocky one and it’s really not the career choice for everyone. Every little decision you make is scrutinised by thousands of people in the stands, and often millions more watching at home.

It’s a tough job but, by many accounts, it’s also one of the most rewarding – and addictive. Anyone who has dabbled in the Football Manager video game series will know the appeal of managing ‘just one more match’. Doing it in real life appears to be just as addictive as some managers simply cannot quit the job they love.

Managers like Alex Ferguson, Arsene Wenger, Harry Redknapp and Neil Warnock remained in the hot seat for decades. Even when they had made enough money to retire without a care in the world, they simply couldn’t walk away until enough was enough.

But how do you even become a football manager in the first place? Do you have to have played the game professionally or can managers come from all walks of life? Let’s delve a little deeper into the world of football management and discover what it takes to become a manager.

What Qualifications Do You Need to Be A Football Manager?

Most professional coaches will be required to have at least a UEFA A Licence, which is the fourth tier of coaching badges. To manage at the very top of a domestic league system, coaches must hold a UEFA Pro Licence.

However, to manage at a lower level in the game, like non-league, coaches must only hold a Level 1 coaching licence. Despite this low level of requirement, most would-be managers will hold at least level 2 if not a UEFA B Licence. Coaches of amateur teams require a Level 1 Licence.

Generally speaking, the higher in the football pyramid you want to coach, the more qualifications are needed.

How to Become a Football Manager Without Being a Player

Without the background of playing, it can be tough to become a football manager. Typically, non-playing coaches will have to start at the bottom of the coaching system and work their way up. There are many examples of such non-professional footballers making it to the top as managers and coaches.

Level 2 is due to be replaced with the UEFA C License in 2022 and it delves further into coaching techniques and dealing with players. The second rung of coaching badges begins to teach coaches and managers how to adapt tactics in and out of possession.

UEFA B License is the third level of coaching qualifications from the FA and this requires coaches to be involved with an organised league team. It helps potential managers to refine what their coaching beliefs and philosophy are.

The course lasts the duration of a season and teaches coaches how to develop players by designing practices that focus on different elements of football. UEFA B coaches will also develop an understanding of how an effective training plan can make a difference and how to deal with the demands of the game.

The FA’s fourth coaching level is the UEFA A licence and it is the highest practical coaching course offered in England. It allows coaches to be in charge of youth teams up to 18 years old, reserve teams and up to the second-tier of a professional league system.

Coaches wishing to make it to the Premier League or top league in another country are required to hold the UEFA Pro Licence.

This course is offered by the FA and, rather than adding any technical knowledge, the Pro Licence is all about mentality. It teaches coaches how to develop winning team leadership and management strategies.

How to Become a Premier League Manager?

Most Premier League managers have been doing their coaching badges as their playing careers wind down, or shortly after they retire. For instance, goalkeepers typically play close to their 40s but as their careers wind down they focus more on coaching and supporting the rest of the squad.

Some Premier League coaches can be hired without a UEFA Pro Licence but they are typically fast-tracked through the system to get it on their record. Anyone can become a Premier League manager, as long as they spend the time to gain their coaching badges.

Becoming a coach can be expensive but the initial courses are relatively affordable. Once you progress through the first couple of levels, your club may be willing to contribute to the cost of further coaching badges. Prospective managers would have to spend over £4,000 if they were to complete all five levels of coaching badges with the FA.

Is It Possible to Become a Football Manager Without Being a Player?

Football managers are typically former professional players but that’s not always the case. It is possible to become a football manager without being a player but it requires a lot of time spent gaining coaching badges.

To progress beyond the early stages of coaching badges, prospective managers must associate themselves with a club. The final few coaching steps are the hardest and require a manager to be in charge of a recognised team to develop.

While you don’t need to be a former player to become a manager, at some stage of your career you do need a club to hire and support you.

At the top of the sport, managers are thriving despite never kicking a ball professionally before. These managers developed their skills as coaches through hard work and understanding of what they were being taught.

Some examples of managers making it to the top despite their lack of professional football experience include Andre Villas-Boas and Julian Nagelsmann. These managers have coached in the Champions League and are an inspiration to all would-be football managers not good enough to play professionally.