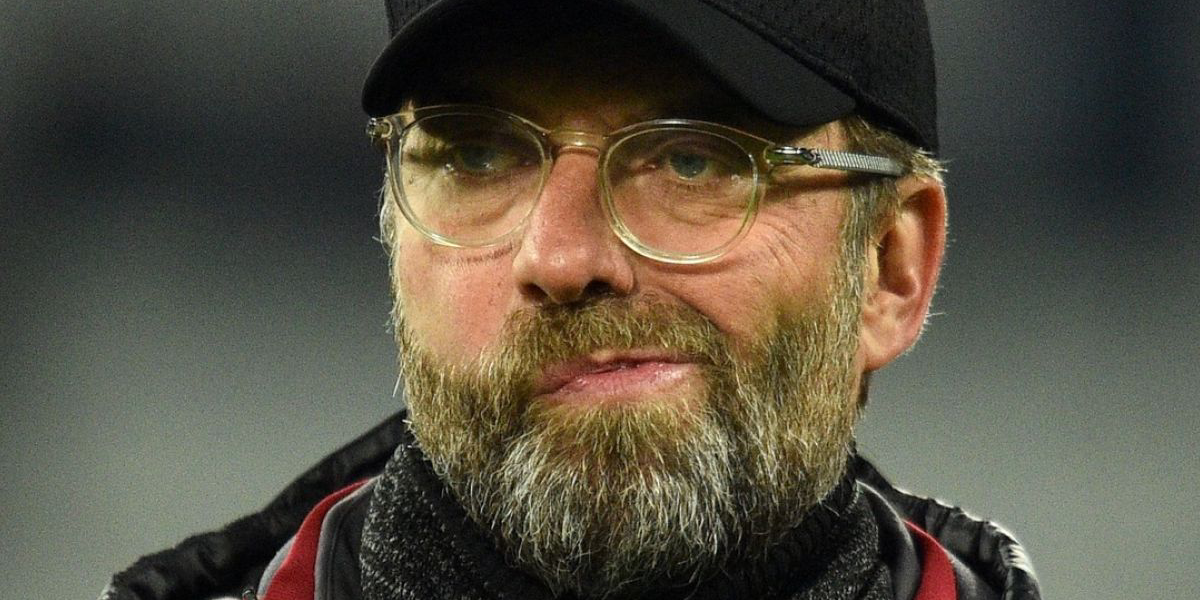 In reality, however we try and convince ourselves otherwise, football doesn’t really matter at all. The fact that we place an irrational amount of faith in 11 men we’ve probably never met to realise all our hopes and dreams just by kicking a ball between two posts seems risible in the extreme, really.

But there are many other ways in which football is vital, as put into perspective by the ongoing global coronavirus pandemic. In non-league, Barnet have put all non-playing staff on notice of redundancy as a means of cost-cutting to survive without matchday revenue. Players and directors at Borussia Dortmund and Bayern Munich, among other Bundesliga clubs, have agreed to take significant pay cuts. Slowly but surely, other Premier League clubs are following suit.

Football will eventually return – even if that isn’t, or shouldn’t be, at the forefront of minds in the midst of this worldwide crisis. And trivial as they may seem currently, certain issues will need resolving; chiefly, the completion of the 2019-20 season.

Here are four avenues the Premier League could potentially take once lockdown in the UK is ended, normal life incrementally returns and it is once again safe to play football:

Option 1) Play The Fixtures Before The Next Season

UEFA has reiterated its desire for all European leagues to be wrapped up by the end of June. Yet even with Euro 2020 put back a year, this looks increasingly fanciful as each day passes.

Even if that proves impossible to adhere to, we are led to believe that many clubs, at least in the EFL if not also the Premier League, are in favour of completing the current campaign no matter how long they must wait to do so.

One reported idea has been to play the remaining games behind closed doors in the Midlands and London, while keeping players and staff in isolated camps all the while, akin to those used by national teams during the World Cup, for instance.

This would limit the potential spread of coronavirus (if the numbers haven’t totally plateaued by then), avoid the legal minefield of curtailing the season altogether, and mean far less money from revenue is lost. Indeed, according to the Independent, the Premier League could lose up to £1.2billion if the fixtures are cancelling, compared to just £169 million if played behind closed doors

This would likely be the particular preference of clubs like Liverpool, who are 25 points clear at the top and two wins away from their first title in 30 years, as well as Leicester, who look bound for a return to the Champions League, and Sheffield United, who are in the hunt for European football following promotion from the Championship.

Meanwhile, fans of the likes of Everton and Manchester United would surely loathe the sight of Liverpool finally crossing the finish line, while the bottom six would still have their top-flight status to fight for.

Losers: Those in contention for European places, the bottom six

This idea was initially put forward when the Italian Serie A was first suspended, though it is so unprecedented that quite how it would pan out is unknown.

Liverpool and Manchester City seem set to occupy first and second respectively, so they and the Premier League’s also-rans would probably benefit from their season ending early.

It would be less ideal for those in closer competition for key places, like third, fourth, fifth or 17th. Not only would they be at a disadvantage in terms of time for preparation for next season, but they could see roughly three-quarters of a season’s hard work undone in 90 or 180 minutes.

The losers of these play-offs would surely have a right to cry foul, too; the implications would be unimaginably huge that to decide these issues with such haste perhaps seems unfair. And in the case of the relegation battle, how do you devise a play-off system consisting of six, if not more, teams?

With all of that in mind, then, this would surely be among the last of the Premier League’s contingency plans.

Option 3: End The Season With An Average Points System

This would mean dividing each teams’ points total by the number of games they’ve played, essentially meaning the current league positions are used as final standings.

Manchester City, Arsenal, Aston Villa and Sheffield United (28) are the only teams to have not played 29 matches, and while using their averages wouldn’t affect City in second or save Villa from relegation, it would see Sheff Utd overtake Wolves into sixth, meaning they could miss out on Europe, and Arsenal displace bitter rivals Spurs in eighth.

So while it would again be good news for Liverpool, for third and fourth-placed Leicester and Chelsea, and for Brighton, West Ham and Watford just above the drop zone, it would be bad news for Manchester United, three points off the top four in fifth, Wolves, and the bottom three.

The problem simply may be that the break might be so long that the competition becomes distorted just by that itself, and so could invalidate the remainder of the season.

As such, cancelling the season and rendering it null and void is another alternative; some may argue that it’s better to take a hammer to one campaign to potentially two if the next one starts late as a consequence of this one finishing so overdue as well.

Yet while it would be the most straightforward and least circuitous route around the issue, it could simultaneously be opening up Pandora’s box, given the slew of legal issues that would inevitably arise.

Liverpool would feel unjustly robbed of the Premier League title they have already all-but secured, much as fans of Everton and Manchester United might bask in their devastation. Likewise, Leicester and Sheffield United would have their shot at European glory snatched from underneath them. West Bromwich Albion and Leeds would be denied promotion back to the top-flight, with Fulham and co. in the play-offs similarly aggrieved.

Essentially, though, there are no easy answers, and while this is a question that will doubtless need answering eventually, in the grand scheme of things, it certainly isn’t something which required urgent attention in the immediate future.

View the results of our survey: “How Should the 2019/20 Premier League Season End?” here.

And the winner is…

Also, congratulations to Newcastle fan, Tom, who won a £50 Amazon voucher after completing this survey!