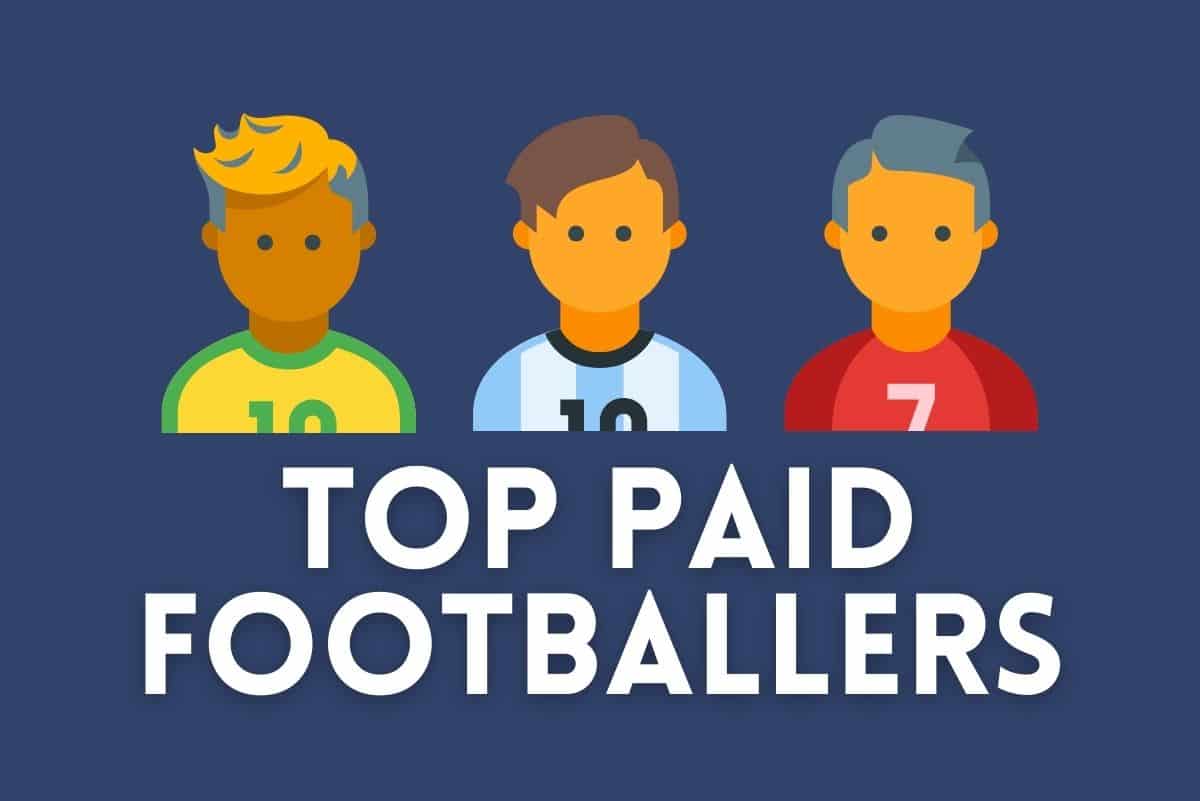 As one of the most popular sports in the world, perhaps the most popular, it goes without saying that footballers earn a lot of money. A lot. The amount they earn in a week can be more than people earn in a lifetime – and let’s not forget those who earn even more from playing for their country.

But it’s not always down to the sport; many other things come into play too. Sponsorship deals and deals made on the number of appearances or goals they score and the reputation of the player.

Still, it’s always going to be a big amount. So, we look at some of the top footballers now and how much they earn. Try not to be too discouraged!

The era of Real Madrid and Barcelona having the best, most expensive players seems to be in the past. Now, it’s PSG who are topping the table in ludicrously rich players. Topping the list is Kylian Mbappe, the French striker who has been reaching the back of the net for PSG and the France national squad. Not even in his mid-20s, Mbappe ascended the ranks of the Monaco youth squad before moving to PSG in 2018, where he’s now recognised as one of the best footballers in the world. So, when he decided to sign a new contract at PSG, he was rewarded with a weekly wage of £1m per week, making him the highest-paid player in the world.

Fellow forwards Lionel Messi and Neymar are next on the list of the top paid footballers. Despite being an old man in football years, Messi is still contributing to PSG by putting away the goals and providing invaluable assists. And as long as he’s doing that, he’ll warrant the £960,000 a week salary he’s on. Meanwhile, Neymar is raking it in as well at £606,000 a week. It goes to show that if you’re a striker playing for PSG, you will have one of the most enviable salaries in the world.

Add sponsorship to the salary

After years of competition between Messi and Cristiano Ronaldo, the players still have competitive salaries during their Barcelona and Real Madrid days. Even if Ronaldo is only on £385,000 a week. But for players who are entering the twilight of their careers, they’re still on extremely generous salaries.

It’s a shrewd move by these footballers as they not only become the face of a brand but also gain a bigger following (and more money, of course), especially when they invest in what they’re sponsoring. Learning more about poker shows players that they’re serious about it.

Raking up the pounds in the Premier League

Mohamed Salah became the Premier League’s top-paid player when he agreed to stay at Liverpool. The new contract saw his weekly wage rise to £400,000 a week. His new annual salary of £20.8 million saw him as one of the most well-paid players in the world, entering the top ten best players. He even shot above other Premier League maestros, such as Ronaldo and Kevin de Bruyne, and it also saw Salah become the best-paid player for Liverpool.

Still, the rest of the top paid players reside in Manchester. Both United’s Ronaldo and Man City’s de Bruyne are on £385,000 a week. While Erling Haaland at Man City and United’s goalkeeper, David de Gea, are both on £375,000 a week. When you compare it to the likes of Mbappe, it might not seem as much as earning a whopping £1 million a week. But an annual salary of almost £20 million is not too shabby!

Football remains one of the world’s most popular sports, and the best players are definitely well rewarded. One thing that’s always been common is obviously how good a particular player has been for a few seasons. If a forward has been winning golden boots left, right and centre, or a keeper has been maintaining clean sheets, then when it comes to re-signing contracts, this is when money gets splashed about.

Either a new team will want them and offer a huge salary, or like in the case of Mbappe and PSG, they’ll offer even more to keep a star player. That’s when the big bucks happen. But saying that, even reliable, famous players still earn over a million each month.