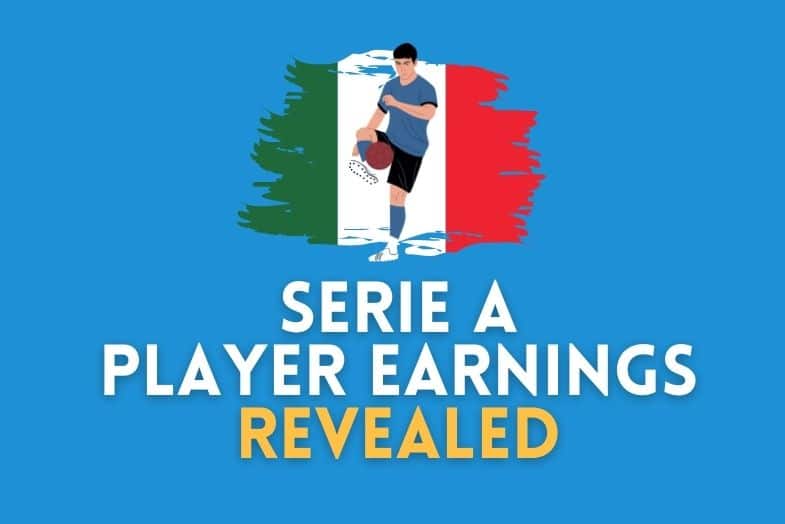 Although the league has become a far cry from the one that captured the imagination of football fans all around the world during the past decades, Serie A remains one of the top five leagues in Europe and a competition that possesses its own band of loyal followers.

The league’s regress meant that Italian clubs are nowadays struggling to lure the best players in the world and offer them lucrative wages. However, the the top clubs are still able to occasionally land some major stars.

So how much do Serie A players earn these days? Who are the highest earners in the league? And how does the league’s wage structure compare to the Premier League’s?

We’ll reveal the answers in names and numbers.

Highest Earners in Serie A

In the 2021/2022 season, Paulo Dybala is the highest earner in Serie A, at least when it comes to gross wages. He earns €13.5 million per season. The Argentine inherited the honour following the departure of his former Juventus teammate Cristiano Ronaldo who blew the competition out of the water during his time in Turin with his astronomical salary (approximately €57 million per year).

Here is a list of the top 15 earners in Serie A based on the figures published by Capology.com:

Nevertheless, it’s worth mentioning that despite landing ninth on the list of gross wages, Matthijs de Ligt is the highest earner in Serie A in terms of net wages. That’s because Juventus took advantage of the growth decree which allows Italian clubs to save 50% on taxation related to the wages of athletes signed from abroad.

Of course the average differs enormously between a top side and a provincial club who struggles to remain in the top tier. For instance, the average salary at Juventus was €7,688,250 per season during Ronaldo’s final campaign in Turin, while the average Spezia player earned €196,590 per year.

How Much Do Serie A Players Make?

As the highest earner in the Serie A 2021/22 season, Paulo Dybala earns €13.5 million per year as gross wages. While a handful of players are running on eight-figure contracts, the average yearly salary for a Serie A player is a less than €2 million.

We should also mention that Serie A is yet to implement a salary cap that limits the wage bills of the participant clubs.

Serie A vs Premier League: Salaries

When it comes to hefty salaries, the Premier League is in another universe as explained in another SQaF study. While the other top European leagues have a handful of clubs at best who are able to offer grand wages, even the smallest EPL side can lure big stars by offering them competitive wages.

So let’s compare some of the numbers between Serie A and the Premier League in term of wages.