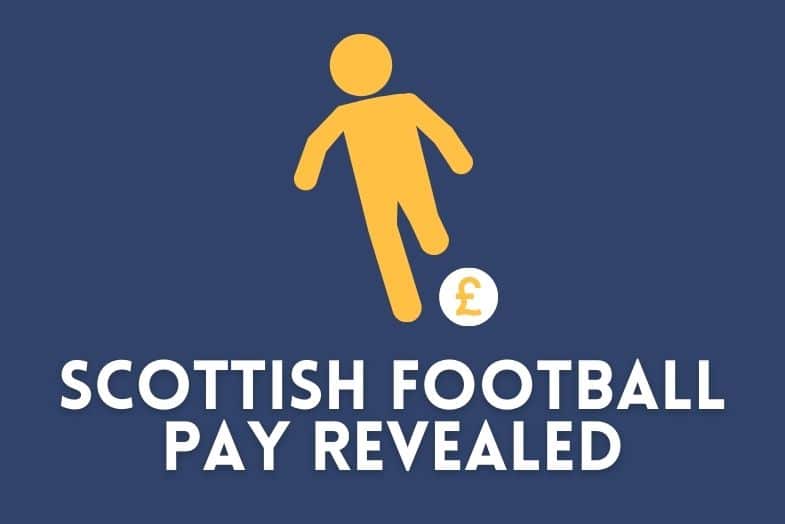 Few countries in the world have a longer history of, or more passion for, football than Scotland.

Despite its relatively small size, with a population of only around five million people, Scotland has 42 clubs in its senior league system.

However, the majority are part-time, and even the professional clubs pay their players far less than can be earned in other countries around the world.

So in a world where the top players get paid astronomical sums, and even journeyman professionals can make a very good living, what does the Scottish game offer its players?

It is no surprise that the highest earners in Scottish football play for the two biggest clubs – Rangers and Celtic. It is believed that the top earner in Scotland is Rangers’ Colombian striker Alfredo Morelos, who takes home around £33,000 a week.

Morelos’ Rangers team-mates Connor Goldson and Keemar Roofe are both thought to earn upwards of £25,000 a week.

Celtic’s highest-paid player is club captain Callum McGregor, who earns £23,000 a week or around £1.2 million each year.

The average salary of players plying their trade in the Scottish Premiership is approximately £115,000 a year, which equates to £2,200 a week.

However, this figure is hugely skewed by the fact that the two biggest clubs in the country – Celtic and Rangers – pay far more than the other ten clubs in the top flight.

In fact, after Celtic and Rangers, the next two clubs in the salary scale were Aberdeen at £140,000 and Hearts at £137,000, proof that the average Premiership salary is a highly distorted figure due to the top two’s dominance.

How Much Do Scottish Footballers Make?

Footballers in the Scottish Premiership earn an average of £115,000 a year. However, in the other three senior leagues, where players are predominantly part-time, the average wage is far lower; in the second tier, the Championship, the average wage is only £600 a week.

This means the Championship is ranked 29th in the highest-paying leagues in the world, behind even the likes of Thailand’s League One and the Indian Super League.

The average English Premier League salary is around £1.2 million a year, which dwarfs the Scottish Premiership average of £115,000, a figure which itself is hugely influenced by the vastly higher-than-average salaries paid by Rangers and Celtic.

While Premiership mid-table side St Johnstone paid an average annual wage of £78,000 in 2019/20, the comparable English Premier League team – Southampton – shelled out an average salary of 2.2 million.

The main reason for this financial disparity is the huge difference between the TV deals secured by the respective leagues.

While the English Premier League has a four-year broadcasting deal worth over £4.7 billion, the Scottish Premiership’s TV deal with Sky is worth “only” £30 million a season.