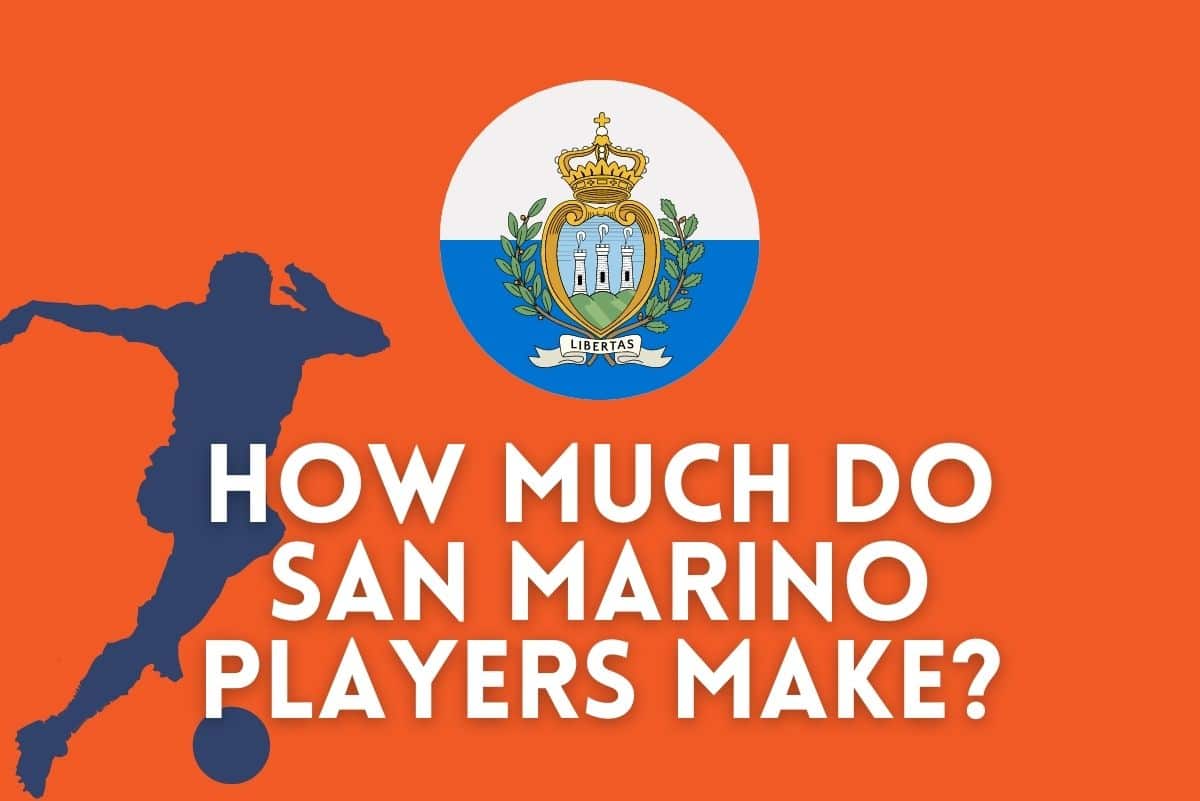 As one of the lowest ranked nations in FIFA, San Marino has suffered a constant uphill battle since its first FIFA-sanctioned match in 1990.

Since then, only 97 players have played for San Marino in 32 years, meaning that the national side has often needed to call upon the same side of players to compete in every possible international tournament qualification.

Despite having a small population of only 33,000 and the majority of their team playing in the amateur leagues, San Marino has steadily improved over the past 15 years, breaking previous records and hitting new figures for international goal numbers.

But do San Marino players get paid to play? And how many of them play professional football?

Currently, the San Marino national side has only three full-time professional players in their squad with the vast majority of the team all playing in the amateur leagues.

The highest domestic league in San Marino is the Campionato Sammarinese di Calcio, an amateur league competition that has been running since the 1985-86 season.

How Much Do San Marino Players Get Paid?

As the San Marino football system is one of the lowest funded leagues in world football, players in the Campionato Sammarinese di Calcio earn between £5,000 – £7,000 per year.

San Marino’s three professional players – who currently play in Serie C – can make up to £1,500 – £2,500 per month in the Italian third division.

On average, a player in the San Marino football system can make between £5,000 – £7,000 per year, making them the lowest-paid league players in world football.

In response to the low wages achievable through domestic football, the majority of the San Marino players work regular jobs whilst playing for their clubs at the weekends and evenings.

What Jobs Do San Marino Players Have?

From accountants, salesmen, and business owners, the majority of the San Marino national team players work regular jobs alongside their positions as international footballers.

Davide Simoncini is an accountant who plays and works alongside his twin brother Aldo Simoncini for the national team.

Further up the pitch, striker Alex Gasperoni is the owner of his own lighting company while Lorenzo Lunadei is a car dealer in San Marino.

Matteo Vitaioli cemented himself into the history books in 2015 when he scored for his nation against Lithuania, making him one of 16 players to have scored for the national side, it was also his country’s first away goal in 14 years. When Vitaioli is not scoring historic goals he works in a graphic office for SIT Group – one of Europe’s biggest packaging companies.