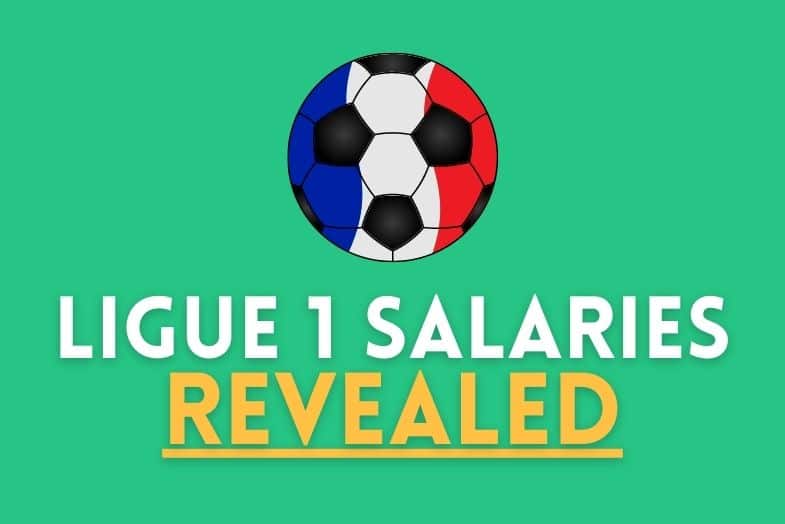 France’s Ligue 1 has historically been a strong competition, with the likes of Lyon, Marseilles, Monaco and PSG making an impression on the domestic and European scenes. But while there is a rich history among the top French clubs, in recent times Ligue 1 teams haven’t featured much at the pinnacle of European football, the Champions League.

Since 2002, there have only been two appearances by French clubs in the Champions League final, PSG in 2020 and Monaco in 2004. On both occasions the French teams finished runners up.

In fact, we have to go all the way back to 1993 to find a French winner, Marseilles. So with struggles for success on the continent, it makes sense that the best players look to other leagues to play in rather than Ligue 1, right?

Well, not exactly. There are some serial winners plying their trade in Ligue 1 as well as some of the best paid players in the world. So let’s take a closer look at how much Ligue 1 players earn.

Although France’s Ligue 1 isn’t known for being a powerhouse of European football, it does still feature some of the best-paid players on the planet. Perhaps unsurprisingly, Ligue 1’s highest earners all play for PSG, with Kylian Mbappe’s bumper 2022 contract rumoured to be worth £50 million per year.

Close behind Mbappe is Neymar, who earns a reported £41.2 million per year from his PSG contract. Lionel Messi is the third-highest Ligue 1 earner with £34.76 million per year. In fact, the 14 highest earners in Ligue 1 all play for PSG, with Wissam Ben Yedder in 15th the first star outside of PSG to feature on the top earners list with £6.69 million per year.

The average Ligue 1 salary is heavily skewed by the financial power of PSG, with the average annual salary at the capital club a remarkable £5.5 million. At the other end of the spectrum FC Lorient offers the lowest average salary at £218,800.

That is quite the pay disparity which may explain why PSG is so dominant in Ligue 1 most of the time. For the entire league, the average salary is £1.01 million per year. With such a gap in pay between clubs, a salary cap introduction is being considered to try and make the competition more competitive.

How Much Do Ligue 1 Players Make?

The earning potential of a Ligue 1 player is truly dependent on the team they play for. The average annual salary in France’s premier football league is £1.01 million but its top earners make much more than that.

Kylian Mbappe is the top earner with a £50 million salary while the lowest annual salary for young players in Ligue 1 is just £17,170. It’s clear to see when watching Mbappe on the field that he is one of the best players in the world but some may argue he’s paid a little too much. But if that’s what it takes for PSG to keep the Frenchman in Paris then they clearly believe he’s worth it!

The Premier League is known as the richest domestic football league in the world. With a minimum yearly earning of close to £100 million for each club, English teams enjoy plenty of budget to reward their players with.

However, at the top end of the pay scale, only Cristiano Ronaldo can rival Ligue 1’s top earning trio of Mbappe, Neymar and Messi. Ronaldo earns £25 million per year from his Manchester United contract, which is less than all three of PSG’s highest earners. The Premier League average annual salary is three times that of Ligue 1, at an impressive £3 million and twice that of the Bundesliga which is £1.6 million per year.