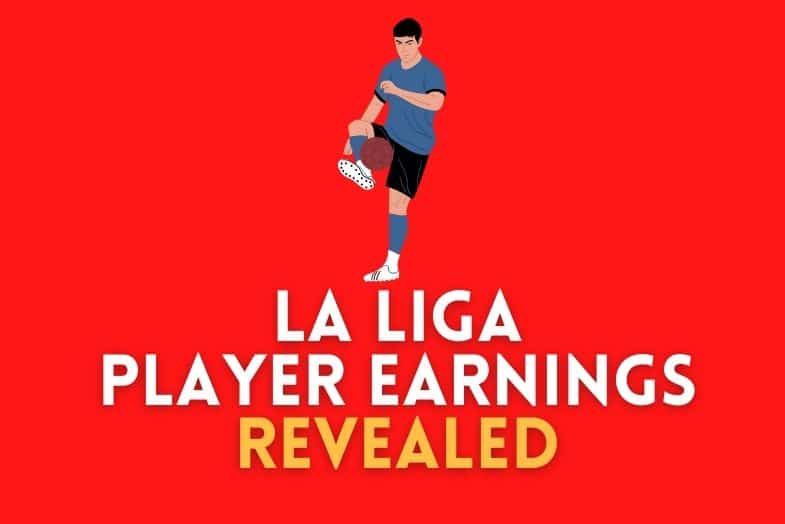 Footballers who play in the world’s top leagues, including Spain’s La Liga, are well-rewarded for their work, with many taking home millions of Euros every year.

While this dwarves the earnings of the average man in the street, how does it compare to other top leagues, such as the English Premier League?

And how much do La Liga players really earn? Is there a huge gulf between Spain’s “top two” and the other clubs in terms of the wages paid out? Let’s have a look.

It is no surprise that the highest earners in La Liga play for the “big two” clubs of Real Madrid and Barcelona. Gerard Pique of Barcelona and Gareth Bale and Eden Hazard of Real Madrid are the top three earners, with each being paid over 2 million Euros a month.

According to the French newspaper L’Equipe, Pique earns 2.3 million Euros a month, Hazard pockets 2.27 million and Bale 2.26 million, which is ironic given how little football both Hazard and Bale have actually played for Real Madrid recently.

The top-earning player who doesn’t play for Barcelona or Real Madrid is Atletico Madrid’s French striker Antoine Griezmann, who like Alaba earns 1.88 million Euros each month.

The average annual salary paid to a La Liga player in 2020/21 was 2.3 million Euros; however, there was a huge disparity in average wages between Barcelona and Real Madrid and those playing for the likes of Elche, where the average wage was 690,000 Euros.

Barcelona were top of the salary tree, paying an average wage of 10.96 million Euros, followed by Real Madrid at 9.7 million. The next highest average wage was paid by Atletico Madrid, who stumped up 4.78 million.

However, the bottom of the league equated to far lower average wages. As stated, Elche paid an average of 690,000, Huesca’s average was 820,000 while Real Valladolid were next lowest with an 880,000 average wage.

How Much Do La Liga Players Make?

La Liga players are generally paid handsomely for their work, with an average wage of 2.3 million Euros during the 2020/21 season – far, far higher than almost all of the fans of the clubs could dream about earning in their jobs.

However, as with most football leagues, there was a massive difference in terms of what the top players at the top clubs earned compared to those playing for the other sides.

While Gareth Bale and Eden Hazard both earned over 2.2 million Euros a month at Real Madrid, and Barcelona paid an average salary of almost 11 million Euros, the average annual salary at Cadiz, Levante and Eibar was just over 1 million Euros.

It should be noted that La Liga has now introduced a salary cap on its clubs, which has hindered the likes of Barcelona and Valencia in particular given their off-field financial problems.

For instance, while Real Madrid can stretch to an annual squad salary of 740 million Euros, Barcelona can only spend 98 million, and Valencia are limited to 31 million, the second-lowest amount in the league.