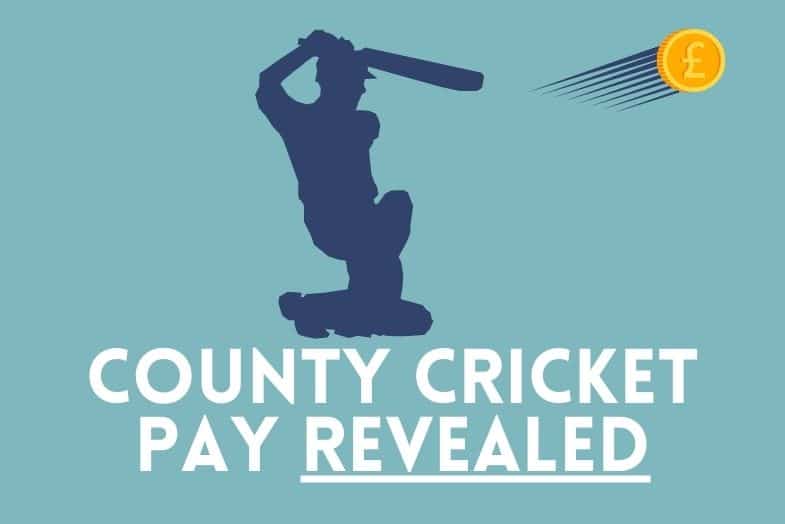 With a net worth of £140 million and a reported salary of £650k per month, Indian cricket captain Virat Kohli is clear proof that players of the game can earn similar contracts to some of the highest-paid athletes in the world.

Growing in popularity in every corner of the world, over 30 million people play cricket from amateur to international level as the sport has seen its fanbase grow to over 2.5 billion as of 2022.

However, as shared with all of the top global sports, not every player can receive a multi-million-pound contract for their respective game – a fact well known in the English county cricket championship.

But how much do these county players earn? And who are the top earners in county cricket?

The minimum wage for full-time county players was reportedly lowered to £24,000 from £27,500 in a bid to keep more players employed following the financial difficulties of the COVID-19 pandemic.

In an attempt to avoid the mass release of out-of-contract players at the end of the 2020 season, the Professional Cricketers’ Association was able to structure a deal allowing county players to retain a decent wage while keeping as many players employed as possible.

With the sport beginning to bounce back from the troubles of the pandemic, several county sides have been able to sign young and exciting star players on higher contracts than previously possible.

Signed in 2022, Sussex County Cricket Club star Cheteshwar Pujara is believed to be one of the highest earners in English county cricket with a reported net worth of around £2 million.

As one of the world’s fastest bowlers, Shaheen Shah Afridi is also among the names of the sports’ highest earners with a similar salary as well as Twenty20 player of the year, Mohammad Rizwan, who now plays for Sussex alongside Pujara.

With these players all joining English county cricket in 2022 following their rejection from the Indian Premier League, it is a strong sign that county cricket can grow with the exciting acquisition of these talented athletes.

How Much Do County Cricket Players Earn?

While not at the same level as international and Indian Premier League cricket, county cricket players reportedly earn between £24,000 to £50,000, on average, depending on their age and status.

Young players who age out of lower-paid contracts at 18 are usually set on a reduced starting wage from £16,000 while £24,000 is the minimum wage figure set for those who are 24-years-old and over.

These minimum salaries are set by the ECB (England and Wales Cricket Board) to ensure responsibility for fair player payment and are recommended to all county clubs.