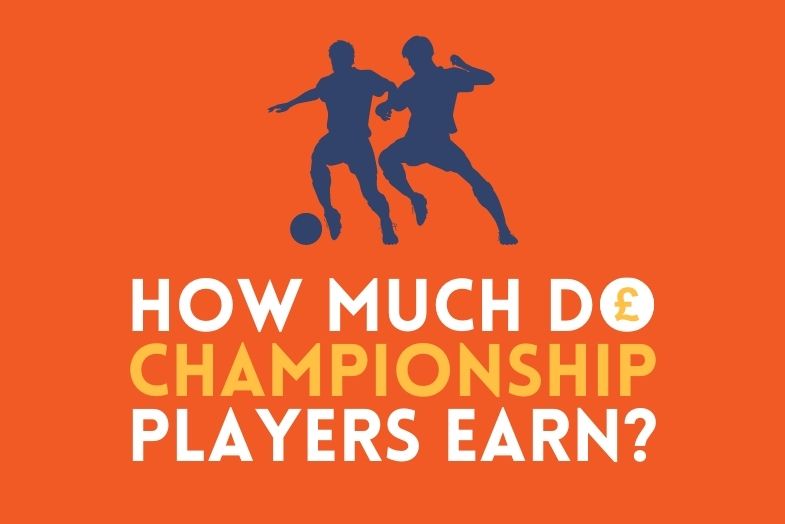 The Premier League is one of the richest sports leagues in the world. It seems every year a new billionaire owner buys a club. And transfer fee records get broken nearly every window.

Not to mention the wage bills! Financial Fair Play has its pros and cons. But many English Premier League clubs are simply able to pay top wages that other European clubs would scoff at.

As the little brother, the English Championship is one of the biggest and most developed 2nd divisions of any country in the world. And many clubs like Norwich, West Brom and Fulham are known to yo-yo up and down between the 1st and 2nd divisions.

This means that many championship clubs are effectively playing with “Premier League Money”. But, compared to the top leagues on the continent, the Championship is still inferior in its monetary allure and its quality on the pitch.

However, as one of the most attended leagues in Europe, there is a lot of money on the table. But just how much of the Championship’s riches are flowing to the players themselves?

*All figures come from capology except for Blackpool, Hull City, and Peterborough which come from salarysport.com

How Much Does the Average Championship Player Earn?

The average player in the Championship earns around £7,000 per week or just over £400,000 per year. But a player’s weekly wages can depend highly on which club they play for and which division they were in the previous season.

The highest-paid player in the Championship for the 2021/22 season is Danny Drinkwater of Reading FC. The central midfielder is set to earn £100,000 per week or £5,200,000 annually. This may be even higher due to undisclosed bonuses and incentives.

Average player salaries in the Championship are partially inflated by teams relegated from the top division in each of the previous three seasons. This is because teams who’ve dropped receive what is known as “Parachute payments” from the Premier League.

The parachute payments are essentially part of the league’s revenue-sharing of things like TV money. Teams get 55% of what Premier League teams receive and this drops progressively with each season. For example, in the 2019/20 season, Fulham, Cardiff City, and Huddersfield’s Town each received £42.6 million in parachute payments. While three other clubs received £34.9 million, and one received £15.5 million in parachute money. The rest of the Championship clubs received exactly zero pounds.

Many Championship footballers are on wages of around £750 per week. But don’t feel too bad for these guys, many are still earning well above the UK National average wage which is estimated to be around £550 per week.

The disparity in pay between the top 2 divisions can be explained by simple economics. Just from TV deals and sponsorships alone, the Premier League brings in mountains of money compared to the English Championship.

In the 2018/19 season, the Premiership brought in an estimated revenue of over £5 billion. While the Championship’s combined revenues of £785 million set a new record, it still pales in comparison to the bigger leagues in Europe.

In 2018/19, the Premier League was the second most attended league in Europe with an average attendance of 38,000 per match. The German Bundesliga is at the top averaging nearly 43,000 people per match.

The English Championship was the most attended 2nd division in Europe averaging just over 20,000 per match from 2017-2019. This would place it just below the average match attendance in Ligue 1 of France.

In the past twenty years, football wages have been on a healthy increase across Europe. And the English Premier League brings in the most money. Sponsorships and TV rights are continuing to skyrocket in price for all top divisions in the UK. Add that to all the parachute money that newly relegated clubs bring to the 2nd division, and we can continue to expect a steady rise in Championship player wages.