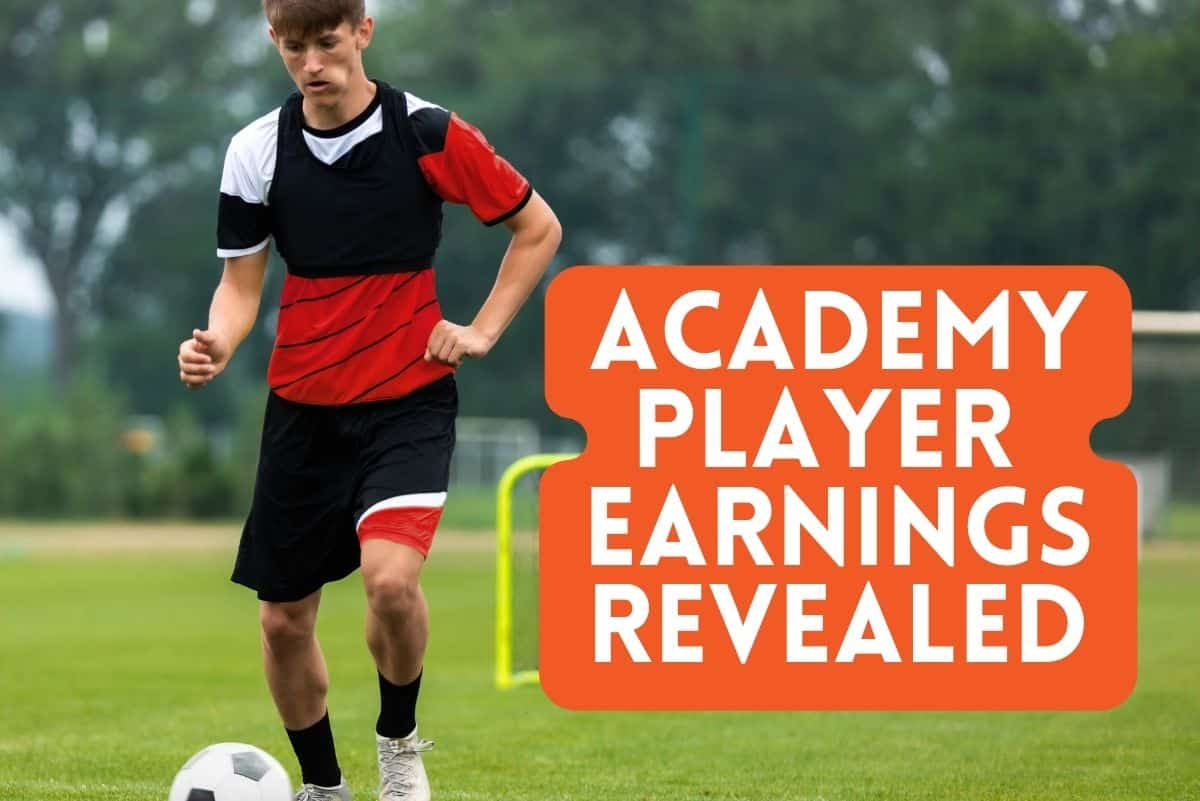 The English Premier League is undoubtedly the richest and most-watched league in the world, and attracts superstar players from around the globe.

But while thousands pay premium prices to watch top earners like Erling Haaland, Mo Salah and Cristiano Ronaldo do their stuff on the pitch week in and week out, there are teams of scouts and coaches behind the first-team scene looking for and developing the best young talent in the country.

Young players at England’s top clubs often come through what is called the academy system and play in the Premier League 2.

Let’s discover how this system works and how much these academy players actually earn.

Do Academy Players Get Paid?

Youngsters can join academies from the age of 7, but do not get paid until they sign a scholarship agreement with the club, which can be offered to them once they turn 15.

Some parents have claimed that having a child in an academy can actually cost them thousands of pounds a year in travel costs and for kits and equipment.

However, once a player is offered and signs the two-year scholarship agreement they will start receiving a weekly wage.

How Much Do u21 Footballers Get Paid in Premier League 2?

The wages earned by players in Premier League 2 vary from club to club, as there is no wage cap in place, but at a club like Manchester United they vary from £800 to an estimated £8,000 a week for hot prospect Shola Shoretire, the club’s young player of the year in 2021.

Further down the wage scale, non-first team under-21 players at the likes of Wolverhampton Wanderers can expect to earn a maximum of around £2,500 a week.

By comparison, the average wage of players in the National League – England’s fifth tier – is around £1,250 a week.

How Much Do Academy Players Earn?

Academy players at Premier League and Football League clubs in England receive a set wage of £165 a week in the first year of their scholarship, rising to £175 in their second year.

Beyond this, the clubs in question will likely cover the costs of transport, food, rent and other essential outgoings.

The young players can also earn money from kit and equipment sponsorships and social media deals before they turn professional.

When Can Young Footballers Start Getting Paid

Young footballers start getting paid once they sign a two-year scholarship agreement, which can be offered to players at age 15.

However, the wages on offer during this scholarship period are broadly similar to apprentices in other professions, being set at £165 for the first year and £175 for the second year.

This applies to all English clubs, even those in the Premier League.

However, players can sign a professional contract once they turn 17, and obviously this is where they can start earning serious money.

For instance, at age 17 and after two Premier League starts, Raheem Sterling signed a £30,000-a-week contract at Liverpool.

Some clubs nowadays cap the earnings of players in the first year of a professional contract in order to “keep their feet on the ground” and reduce the pressure on them.

At Liverpool, for example, Jurgen Klopp has capped first-year professional wages at £40,000 a year.