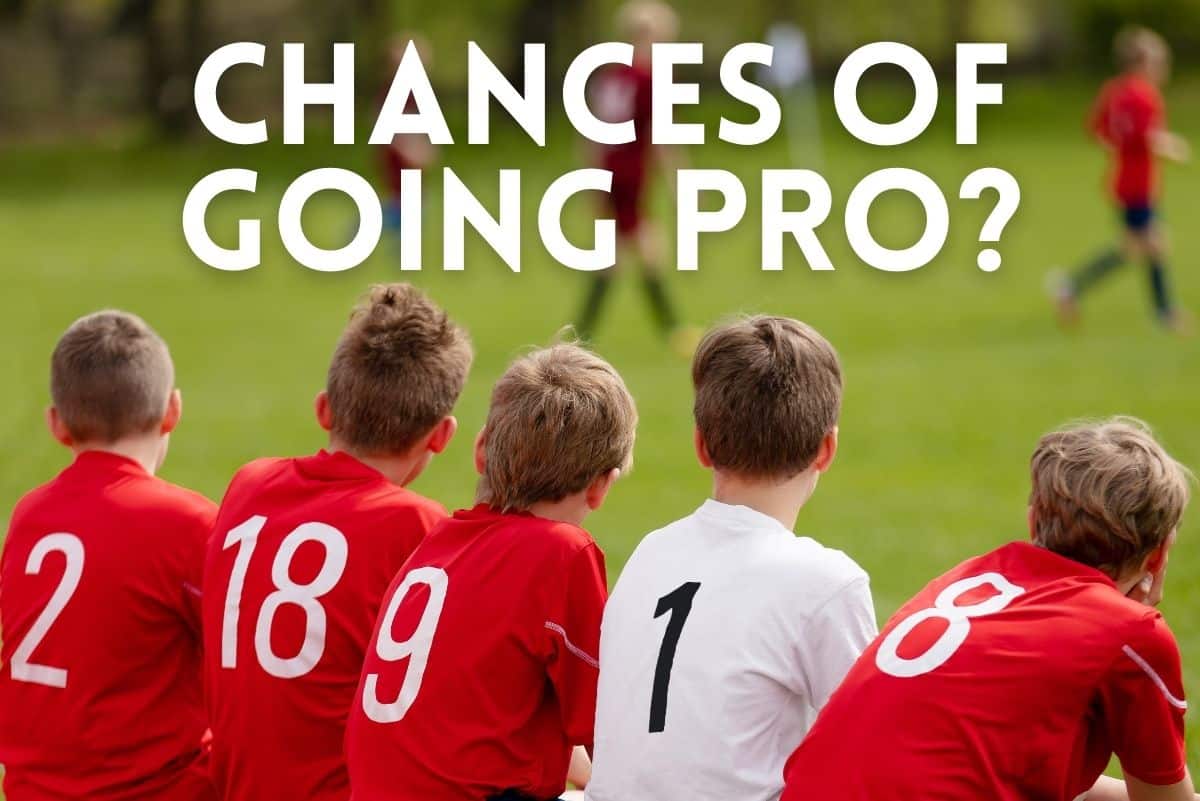 Used as a pathway to grow young athletes into professional footballers, football academies are a youth investment program that develops a club’s young talent with the vision of them playing first-team football in the men’s league.

Youngsters can earn scholarships every two years to remain at the academy from ages 9-16. At the age of 16, they are either offered their first professional contract, officially making them a professional player, or are released from the club and forced to find a footballing career elsewhere.

With professional football being one of the most competitive work industries in the world, a large majority of youngsters progressing through these academies rarely make it to the professional level.

But how many academy players do make it as a professional? And what percentage of children are successful in this youth system?

How Hard Is It To Become a Professional Footballer?

As one of the hardest professions to achieve in the world, less than 0.5 per cent of people attempting to be professional footballers are successful.

With most Premier League clubs spending upwards of £100 million on their infrastructure and training for their youth academies, only the most talented youngsters can make their investment worthwhile, further emphasising why so few players make it through the system.

Academy players can only be officially listed as professional players once they are offered a professional contract at the age of 16.

The minimum age for joining an academy is nine-years-old, meaning that young players can technically be at a professional club for nine years and still not be classed as a professional players.

How Many Academy Players Turn Professional?

Less than 30% of academy players receive a professional contract at some point in their career, despite potentially playing for the club’s youth system for up to nine years.

Incredibly, 97 per cent of players who made it through professional Premier League academies have never made a single EPL appearance as big money transfers for players abroad often keep the homegrown talent of clubs out of the first team.

Many academy players often gain professional experience through loan moves, which is where a player joins a different club for a singular season while his parent club continues to pay his wages – there is no transfer fee involved as the player will return to his original club after the loan move expires. Loan moves are often involving a team in the lower divisions such as Non-League where the club cannot afford to pay a high transfer fee.

What Percentage of Footballers Go Pro?

As a greatly competitive industry, less than 0.5 per cent of footballers make it to a professional level, while of the 250 million players in the world, only 130,000 are officially professional-level footballers.

In England, only the top four leagues are considered professional (Premier League – League 2) however due to increased wages and sponsorships, many young players can make a living in Non-League football where they can receive weekly wages of £2,000 – £4,000.

What Percentage of Kids Make It Pro?

Unfortunately, only 0.018% of children attempting to make a career out of football are successful in becoming professionals, a percentage equal to winning the lottery.

Despite being a gateway to one of the greatest jobs in the world, the landscape of academy football can be a cruel and unsuccessful journey for the majority of young athletes hoping for a future in top league football.