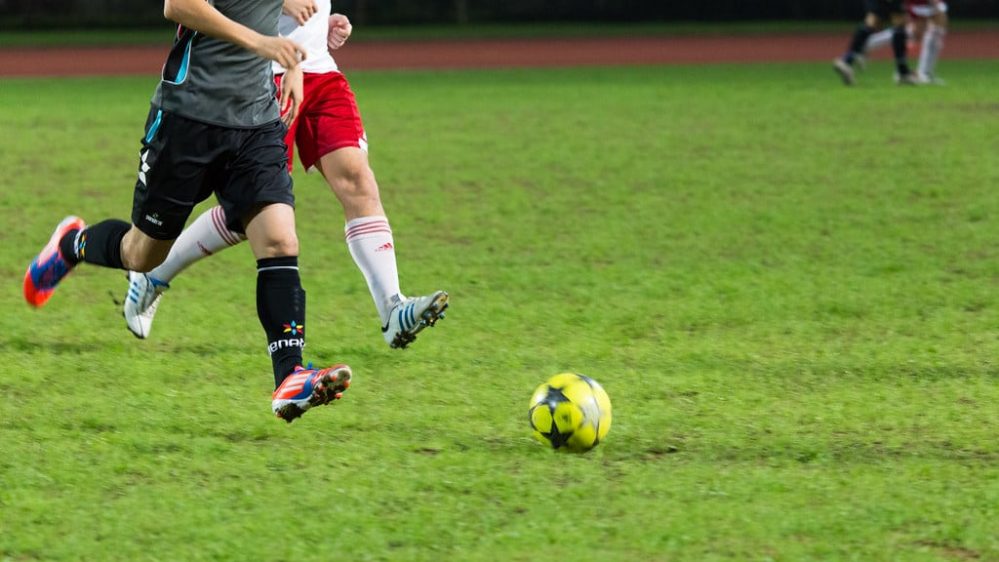 Distance covered – it’s an easy to stick to beat footballers with these days. If player X isn’t running as much as player Y, they’re invariably lazier (apparently).

Obviously this isn’t always the case – some players may just simply be slower, or have less natural fitness, than others. But have you ever wondered which position runs the most in football on average? Do midfielders run the most, given they’re in the centre of the park and do much of the heavy lifting, or does that accolade belong elsewhere?

How Far do Strikers Run in a Game (on Average)?

Strikers generally average somewhere between 9 and 10 km per match. But while they may not cover the most distance out of everyone on the pitch, their role demands more short, sharp sprints at high speed.

How Far do Midfielders Run in a Game (on Average)?

The fittest central midfielders will often exceed 11 km a match, given the sheer volume of running that comes with the territory.

Wingers will be slightly less, albeit still among the highest on the pitch, with the most energetic wide men usually just crossing the 10 km mark in a match.

How Far do Defenders Run in a Game (on Average)?

Centre-backs, like strikers, usually average closer to between 9 and 10 km per match, consisting of sharper, high-speed sprints than more constant motions.

Full-backs, though, will often just surpass them, especially in the modern game, given there is more of an attacking onus placed on them nowadays. The most energetic of full-backs average about 10.5 km per match.

How Far do Goalkeepers Run in a Game (on Average)?

Goalkeepers tend to clock in between 4 and 5 km per game, which makes sense given they spend much of their matches as spectators (well, most do, anyway).

Which Position Runs the Most in a Soccer Game?

Central midfielders (roughly 11 km) and full-backs (roughly between 10 and 11 km) tend to run the most in a football match, which is no real surprise given the nature of their positions in the modern game.

Indeed, it should come as little surprise that, in 2019-20, the ten Premier League players who covered the most distance were all either central midfielders or full-backs, with one exception: Burnley winger Dwight McNeil.

The previous season, meanwhile, the top three runners were all central midfielders: Luke Milivojevic of Crystal Palace, Jack Cork of Burnley, and Jorginho of Chelsea.

How Far do Premier League Players Run in a Game?

The fittest Premier League players usually run at least 10.5, if not 11 km, per game.

In 2019-20, for instance, nobody covered more ground than Southampton’s James Ward-Prowse, who averaged 11.6 km per match, while the second-highest was West Ham’s Declan Rice, whose average was 11.0 km per 90 minutes.

2020-21 saw newly-promoted Leeds prove an extreme outlier in terms of sprints (per The Athletic); so it came as no real surprise to see Stuart Dallas, who operated as a full-back and central midfielder this term, cover more distance than any other Leeds player with 422 km – an average of 11.1 km per game.

Average Distance Covered by a Footballer

Outfield Premier League footballers run an average of 10.14 km per game, although this varies greatly by position. Central midfielders tend to cover the most ground (11.2km), while central defenders cover the least (9.4km).