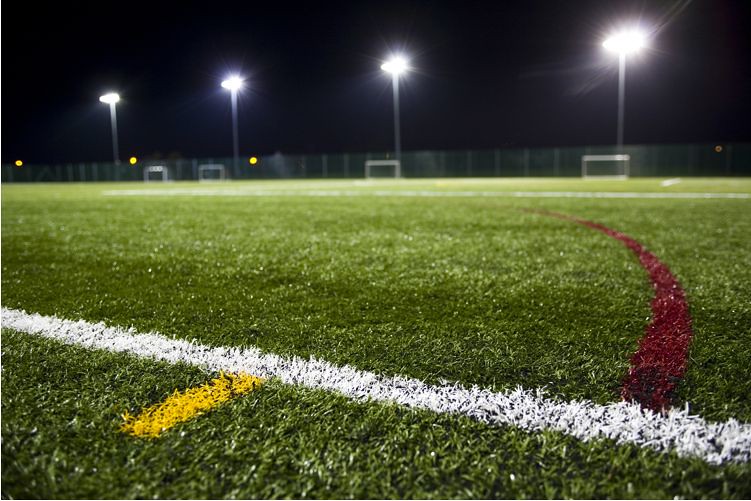 Ever wondered if certain pitches are bigger or smaller than others, and if there’s a reason behind it?

Here, we’ll look at what the general size of a football field is considered to be, as well as how much discretion is allowed either way, and what might be the biggest and smallest pitches in the world:

What is the Size of a Football Pitch?

The average professional football pitch is 105 metres wide by 68 metres long. However, there is no fixed size of football pitch, meaning some pitches can be much longer or wider than others.

Are All Football Pitches the Same Size?

So, clubs are allowed some leeway within these boundaries, but they longer than they are wide and, of course, they are constrained somewhat by their stadium design (e.g. if there is a running track between the pitch and the stands, how close the stands are to the pitch, etc.).

This doesn’t stop some managers obsessing over these fine details, though. Marcelo Bielsa, for instance, has been known to size up an opposition pitch pre-match to ensure it matches the dimensions provided by the club.

In 1987, meanwhile, then-Rangers boss Graeme Souness sought to nullify European Cup opponents Dynamo Kiev’s nifty wingers by instructing the Ibrox groundsman to narrow the pitch. Perhaps it was worthwhile, too, given Rangers overturned a 1-0 deficit from the first leg to win 2-1 on aggregate.

Arsene Wenger also blamed the small Highbury pitch for Arsenal’s disciplinary problems, while the bane of his later years as Gunners boss, Stoke City, set their pitch size at the minimum dimensions possible, making their long-ball game to be more effective.

Yet when the Potters qualified for the Europa League in 2011, UEFA’s pitch regulations were greater than the Premier League’s, so the Britannia (or bet365 nowadays) Stadium briefly had two separate pitch markings during games. This once saw right-back Ryan Shotton take a quick throw from the wrong touchline in a league game; an understandable mistake.

What is the Biggest Football Pitch in the World?

Hard to say definitively, but it could well be the the Shenyang Olympic Sports Center Stadium in China.

Its official dimensions are unknown, but Chinese media has labelled it ‘the largest football pitch in the world’ and, well, looking at it, it would take some beating:

Opened in 2007 and nicknamed ‘Crystal Crown’, the stadium hosted football matches at the 2008 Summer Olympics, as well as being the home ground of Shenyang Dongjin FC.

In 2013, the ground was also the main venue of the 2013 National Games of China, hosting the opening and closing ceremonies as well as the main athletic events, while it also boasts a 10,000-seater gymnasium, a 4,000-seater natatorium, and a 4,000-seater tennis court.

What is the Smallest Football Pitch in the World?

Discovering the smallest football pitch in the world is even less conclusive, although various German scientists have claimed to use nanotechnology to create pitches so minute that 20,000 of them could fit on a human hair.

As for England, the smallest in the four professional tiers is tied between Stevenage’s Broadhall Way and Swindon’s County Ground, which both measure at 100 x 64 metres.

In the Premier League, the smallest is Craven Cottage, which is only slightly bigger than the above to at 100 x 65 metres.

How Long is a Football Pitch?

The typical length of a football pitch is around 105 metres. However, pitches are allowed to be anywhere from 90 to 120 metres long in professional matches.

How Wide is a Football Pitch?

The typical width of a football pitch is around 68 metres. However, pitches are allowed to be anywhere from 45 to 90 metres wide.

How Many Yards is a Football Pitch?

How Big Can a Football Pitch Be?

How Small Can a Football Pitch Be?