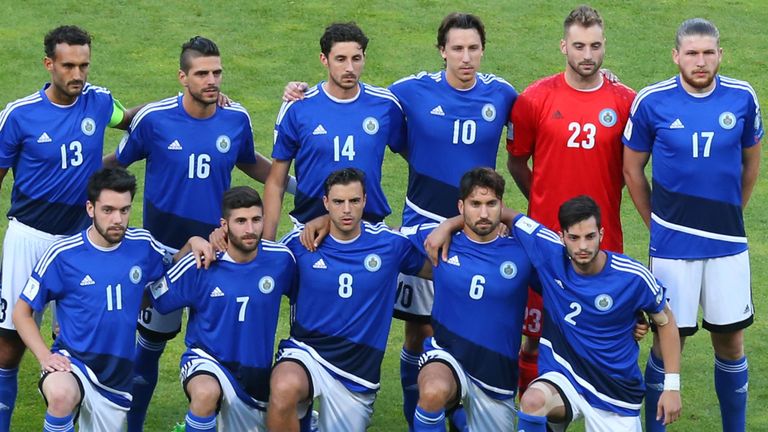 Ranked joint-bottom with Anguilla in 209th in the FIFA World Rankings (as of October 2019), the San Marino National Football Team have long garnered themselves a reputation for being Europe’s biggest whipping boys.

Perhaps it’s no surprise, really, since they are were only given FIFA accreditation as recently as 1986, are a microstate with a tiny population of less than 34,000 – the smallest population of UEFA country prior to Gibraltar’s election in 2013 – and considering many of their players are amateur part-timers.

But just how wretched is their record? Have they ever even won a match? And just how heavy a beating have they taken in the past?

Have San Marino Ever Won A Game?

Yes, but only once, and in a friendly, not a competitive match. It was in April 2004, when they hosted Liechtenstein at the Stadio Olimpico in front of an attendance of roughly 700.

Andy Selva, their most-capped player (74) and record scorer with eight – yes, eight goals – netted the only strike of the match with a perfect free-kick after just five minutes to seal what remains San Marino’s only victory of any kind of fixture.

OK, so Liechtenstein are hardly one of world football’s titans (as of October 2019 they sat 181st in the FIFA World Rankings) and a population of nearly 38,000 is barely much bigger than that of San Marino’s, but when you’re officially the worst country on the planet at the sport, you’ll take what you can get.

Any Other San Marino Football Landmarks?

Well, let’s start with the four other games in their history that they’ve managed to avoid defeat in, including a 2-2 draw away at Liechtenstein the previous August before San Marino went one better on their own turf.

That, too, was a friendly, but their three other draws all came in competitive matches; a goalless home draw in a World Cup qualifier against Turkey in March 1993 marked the first time they had not been beaten, while a 1-1 stalemate at Latvia in April 2001, again in qualification for the World Cup, is the only time they’ve not lost a fixture with something riding on it away from home. This was so humiliating for Latvia boss Gary Johnson that he subsequently resigned from his post.

Their fifth and final undefeated game came in November 2014, when they drew 0-0 at home to Estonia in a qualifier for Euro 2016. Even though they didn’t win, this was quite a for San Marino, given the opponents had reached the play-off round in qualification for the previous European Championships, and actually played out as a fairly even match.

Still, though, as far as competitive matches are concerned, draws – and only three of them – are as good as it’s got for San Marino.

They did memorably go 1-0 up against England in a World Cup qualifier in November 1993 thanks to computer salesman Davide Gualtieri after just 8.3 seconds, the second-fastest goal in any international match, but went on to be trounced 7-1.

And they also came mightily close to holding Ireland in a Euro 2008 qualifier in February 2007; a late Manuel Marani equaliser cancelled out Kevin Kilbane’s opener, before Steven Ireland’s injury-time winner spared their blushes; albeit they were still roundly criticised by their national press thereafter.

Other unenviable stats for San Marino include their 14-year wait for an away goal, which finally came to an end in 2015 when Matteo Vitaioli scored in a Euro 2016 qualifier at Lithuania (a game they lost 2-1 due to a 92nd-minute winner), and a 20-match streak comprising four years without scoring in any match between October 2008 and August 2012.

What Are San Marino’s Worst Defeats?

You’d need a fair few hands to count them. Probably those which stand out the most, though, are the double-figures defeats; all six of them, in fact.

It was a miserable campaign for San Marino, anyway (obviously); they scored just twice, conceded 57 goals and lost all 12 matches. But this mauling to Germany, who had finished third in the World Cup they had hosted earlier that year, still remains their lowest ebb to-date.

They were 6-0 down at the halfway mark, which in fairness, is only one goal worse than Brazil’s half-time score against the Germans in their World Cup semi-final in 2014. But whereas they were able to stem the flow of strikes somewhat in the second half, the floodgates only opened even further for San Marino after the break.

On the scoresheet for a rampant Germany was Lukas Podolski with four, Bastian Schweinsteiger, Miroslav Klose and Thomas Hitzlsperger each with braces, Michael Ballack, Manuel Friedrich and Bernd Schneider. And Southampton thought they had it bad against Leicester…