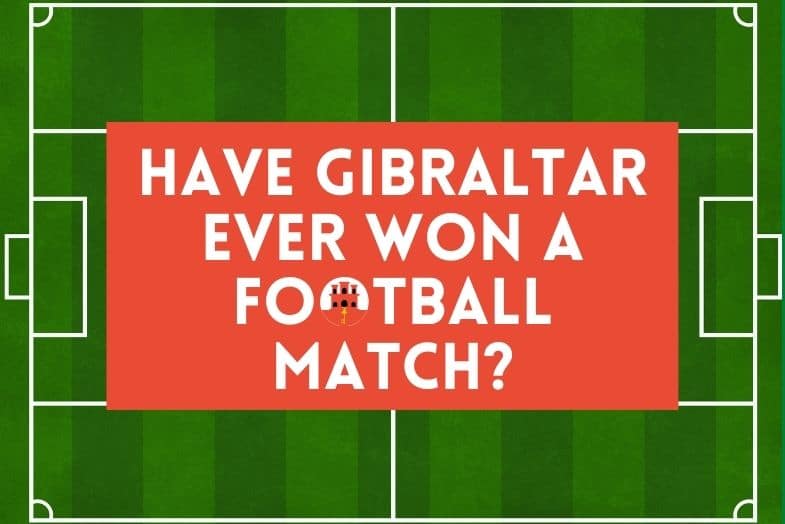 If you were asked to name the oldest football associations in the world, it is unlikely you would include Gibraltar on your list.

However, the Gibraltar Football Association was founded in 1895 in response to the increasing number of football clubs that were being formed in the territory.

It is clear that Gibraltar has hardly gone on to become a major player in the sport – the national team is a very small fish in a huge, money-laden ocean.

But that doesn’t mean that their best players do not have the opportunity to pull on the red-and-white kits and earn international caps.

Why Does Gibraltar Have Its Own Football Team?

Gibraltar has a football team because, as a British Overseas Territory, it is entitled to have one, and fought very hard to gain recognition from the sport’s governing bodies FIFA and UEFA.

Other British territories with their own national sides include Anguilla, Bermuda, British Virgin Islands, Cayman Islands, Montserrat and Turks and Caicos Islands.

But it is fair to say that Gibraltar had to battle more than almost any other country or territory to earn international recognition.

The Gibraltar Football Association first applied to join FIFA in 1997, but the process stalled in 2001 amid legal wrangles and pressure from Spain not to admit Gibraltar, a territory that has been the subject of political friction between Spain and Britain since the British took control of it in 1713.

It took two interventions from the Court of Arbitration for Sport before Gibraltar eventually earned membership of UEFA and FIFA in 2013 and 2016 respectively.

How Many Football Pitches in Gibraltar?

Gibraltar is only 2.6 square miles (6.2 square kilometres) in size and only has three full-sized football pitches – Victoria Stadium, a multi-use pitch at Europa Point and a pitch that belongs to the British Army.

How Many Football Teams in Gibraltar?

There are currently 11 football teams in the Gibraltar National League, which gets underway in October. Unusually, all of the clubs play all of their matches at one venue – Victoria Stadium.

Perhaps the most well-known of these clubs is Lincoln Red Imps, the reigning league champions, who regularly play European football and famously beat Celtic 1-0 in a Champions League qualifying match in 2016.

Have Gibraltar Ever Won a Football Match?

The answer to this is yes – in fact they have managed to win six times since becoming a full member of UEFA in 2013.

However – and this is a pretty big however – they have contrived to lose 48 of the 60 full internationals they have played, conceding 209 goals in the process.

This woeful record might be expected from a team of part-time players competing against some of the world’s best and highest-paid footballers at times, but it leaves them in 194th place in the FIFA world rankings, sandwiched between Samoa and Timor-Leste.

They remain above the lowest-ranked European side, San Marino, who sit 209th out of the 210 recognised national teams, with only Anguilla saving them from rock bottom.

How Many Games Have Gibraltar Won?

Gibraltar have won six matches in their short history as members of UEFA and FIFA. They have also earned a draw on six occasions.

Two of these wins came in friendly matches, and four in the UEFA Nations League, where teams are grouped according to their ranking. Thus, these games were against national sides of a similar stature to Gibraltar.

When Did Gibraltar Last Win a Game?

Gibraltar last won a game on 10 October 2020, a 1-0 success over fellow minnows Lichtenstein, a team ranked 189th in the world, five places above Gibraltar.