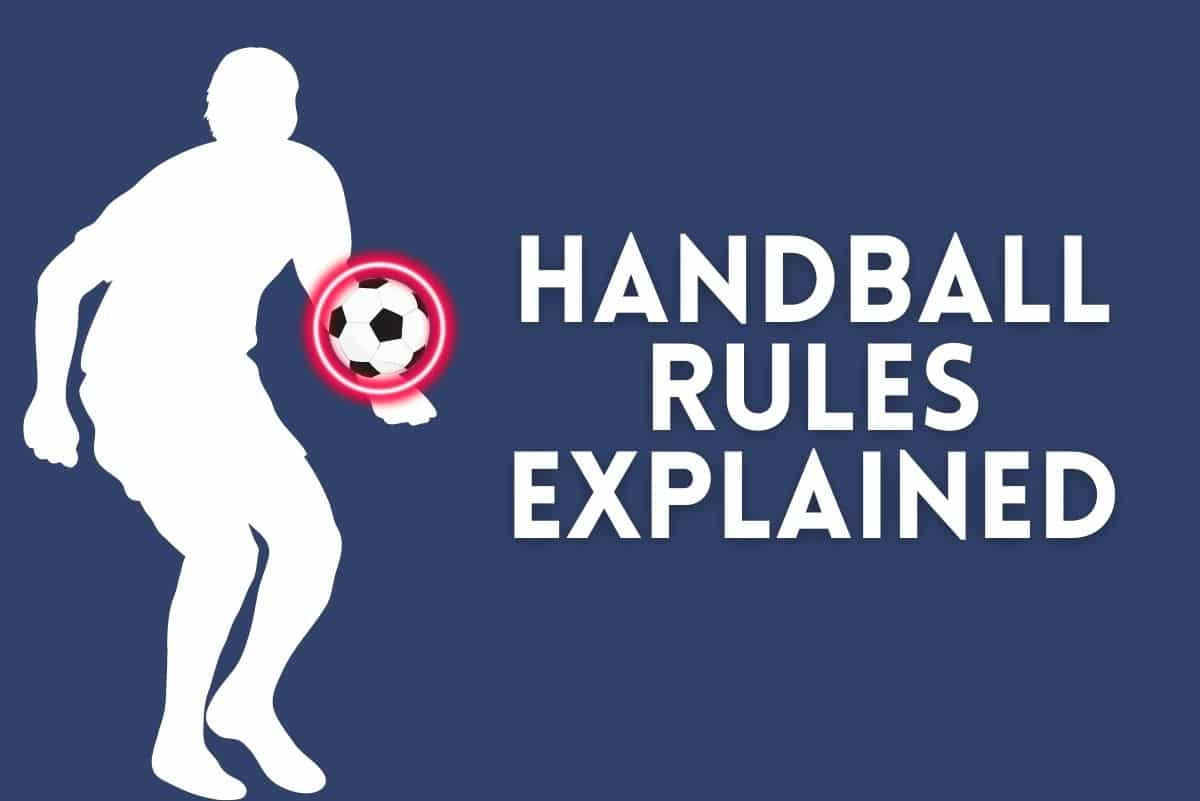 In the chaotic world of football, a major clash rarely passes by without at least one controversial incident that prompts never-ending debates amongst fans and analysts alike, and a large part of these episodes are related to handballs.

Whenever the ball touches the arm of an outfield player, you can always expect the referee to blow his whistle. But sometimes, these calls (or non-calls) aren’t as straight-forward they seem, causing stir amongst observers.

So what is a handball in football? What punishment does a player receive for handling the ball? And what about the “ball to hand” rule?

Let’s shed some light on one of football’s most delicate laws.

What is “Handball” in Football?

A handball is an offence in football which ensues when an outfield player touches the ball with their hand or arm, or a goalkeeper outside of their penalty box.

But according the official English FA website, handling the ball doesn’t necessarily consist an offence. The referee shall consider it as such when it’s done deliberately, or when the player’s arm or hand is placed in a position which makes their body unnaturally bigger.

Moreover, if team scores directly from a handball or immediately after one of its players has handled the ball, the goal shall be disallowed, even if the handball is deemed unintentional.

What is the Punishment for a Handball?

The main punishment for a handball is awarding a dead-ball for the opposition in the same spot where the offense was committed. If an outfielder handles the ball inside the box, the other team will be awarded a penalty. Bookings may also appear based on the severity of the offense.

Is a Handball a Direct or Indirect Free-Kick?

As is the case for tackling fouls, a handball offense results in a direct free-kick, meaning that the opponent is allowed to shoot directly towards goal.

However, there’s an exception to the rule above, as when a goalkeeper handles the ball inside his own box when the law prevents him from doing so (for instance, receiving a direct pass from a teammate’s foot), then the opposition will be awarded an indirect free-kick.

When is Handball a Penalty?

A handball offense will result in a penalty kick when a player handles the ball inside his own box. Of course it has to be a deliberate handball or caused by an unnatural position that extends the size of his body.

So while an outfielder player must be cautious with his hands all over the football pitch, he has to be exceptionally alert when he’s inside his own own penalty box.

When is Handball a Yellow Card?

A player ought to receive a yellow card when handling the ball to interfere with or stop a promising attack, or if he handles the ball in an attempt to score a goal (whether or not the attempt is successful) or in an unsuccessful attempt to prevent a goal.

When is Handball a Red Card?

A handball results in a red card for the offender when it denies the opposing team a goal or an obvious goal-scoring opportunity.

Is “Ball to Hand” a Rule in Football?

The famous “ball to hand” is mostly an argument rather than a rule. The line refers to a player who commits an unintentional handball, it basically means that it was the ball that went straight towards his arm/hand instead of the other way around.

As explained above, the rules do acknowledge the player’s intentions when it comes to bookings. However, the handball offense could ensue even in the absence of the player’s will, as it mostly depends on the position of his arm.

The handball rules in football have come a long way since the original laws of the sport which were first introduced back in 1863. So let’s summarise the most significant stipulations adopted today’s game: