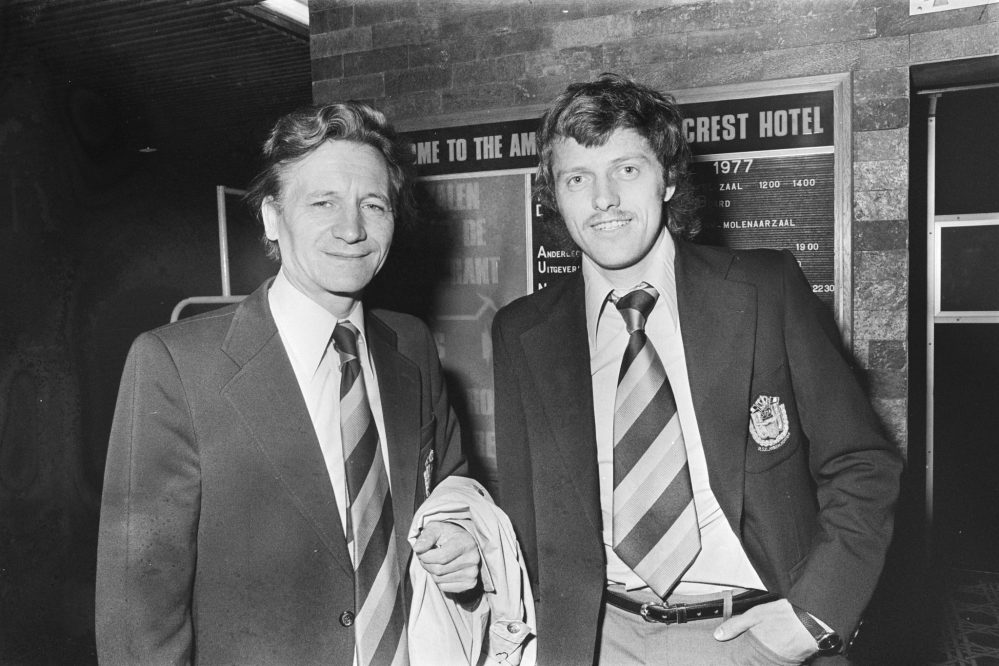 As far as players-turned-managers go, ex-goalkeepers are more of a rarity in the dugout in football – after all, there was one of them compared to ten outfield players, so the odds are pretty low.

The Portuguese is one of the more contemporary examples of ex-goalie managers, having been in charge of Wolverhampton Wanderers since 2017.

Nuno spent his career between the sticks in Spain, Portugal and briefly Russia, winning the Champions League with José Mourinho’s Porto in 2004 (though, he was an unused substitute in the final) and earning a call-up to Portugal’s Euro 2008 squad.

He has gone on to manage Rio Ave, Valencia, Porto and latterly Wolves, who he led from the Championship to consecutive seventh-placed finishes in the Premier League and the Europa League quarter-finals.

Another former stopper still plying his trade in the managerial world today, Charlton boss Adkins has also worked as a physio as well as a number one.

Adkins represented Tranmere, Wigan and Bangor City between 1983 and 1996, before retiring at 31 – by which time, he had already served as Bangor player-manager since 1993.

He did not return to management until 2006 with Scunthorpe, where he had previously been their physio, leading fans to sing “Who needs Mourinho, we’ve got our physio!”

Adkins earned promotion to the Championship with first Scunthorpe and later Southampton, who he then took to the Premier League a year afterwards, only to be unceremoniously replaced by the little-known Mauricio Pochettino in January 2013. He has since managed Reading, Sheffield United, Hull City and now Charlton.

Currently in charge of Sevilla, Lopetegui played 149 La Liga matches in net, representing both Real Madrid and Barcelona in that time, too.

The Spaniard’s entire playing career was spent in his home country, playing for Castilla, Real Madrid, Las Palmas, Logrones, Barcelona and Rayo Vallecano between 1985 and 2002. He also earned a solitary cap for Spain as a substitute in a friendly defeat to Croatia in March 1994.

As a a manager, he’s taken charge of Rayo Vallecano, Real Madrid B, Porto, Real Madrid, Sevilla, as well as Spain’s under-19s, under-20s and under-21s sides.

He lasted two years in charge of Spain, and was sacked two days before their opening 2018 World Cup game after agreeing to join Real Madrid after the tournament behind the Spanish Football Federation’s back.

The move to the Bernabeu also backfired – he became the second Real Madrid boss to start his tenure by conceding four goals, and after a 5-1 loss at Barcelona in October 2018, Lopetegui was sacked.

Since joining Sevilla, though, he has enjoyed more success, finishing fourth and winning the Europa League with them in 2019-20, his first season at the helm.

The oldest player to win a World Cup at the age of 40 years, four months and 13 days when Italy lifted the Jules Rimet in 1982, goalkeeper Zoff went on to manage his country for two years, too.

He was in charge of the Italian national side between 1998 and 2000, losing the Euro 2000 final after extra time to France having been 1-0 up – Zoff resigned a few days after the defeat.

Now 79, Zoff has not managed since 2005, with his list of clubs including Juventus (who he also played more than 400 games for), Lazio (three times) and Fiorentina. He also coached Italy’s Olympic team, helping them qualify for the 1988 games in Seoul.

As a manager, Zoff won two trophies, the Coppa Italia and the UEFA Cup, both in the 1989-90 season with Juventus. He was still sacked after that campaign, mind…

Last but not least, surely the most successful goalkeeper-manager, Goethals is perhaps best remembered for leading Marseilles to victory in the 1993 Champions League final against an AC Milan side which included Marco van Basten, Franco Baresi and Frank Rijkaard.

His playing career was fairly unremarkable, turning out for clubs in his native Belgium (Daring and Racing de Bruxelles, RFC Hannutois and AS Renaisienne). But in the dugout, he really made his mark.

As Belgium manager, he led his country to the 1970 World Cup in Mexico, the first time they had qualified for 16 years, and to a third-place finish in the 1972 Euros.

His then won two straight domestic league titles again at the start of the 1990s, this time in France with Marseille, before that memorable Champions League triumph followed in 1993.

How Many Premier League Managers Were Goalkeepers?

Including caretaker and interim bosses, there have been 250 managers in charge of Premier League clubs since its inception in 1992.

Of those, only seven (2.8 per cent) were ex-goalkeepers. As well as Adkins and Nuno, the other five are: