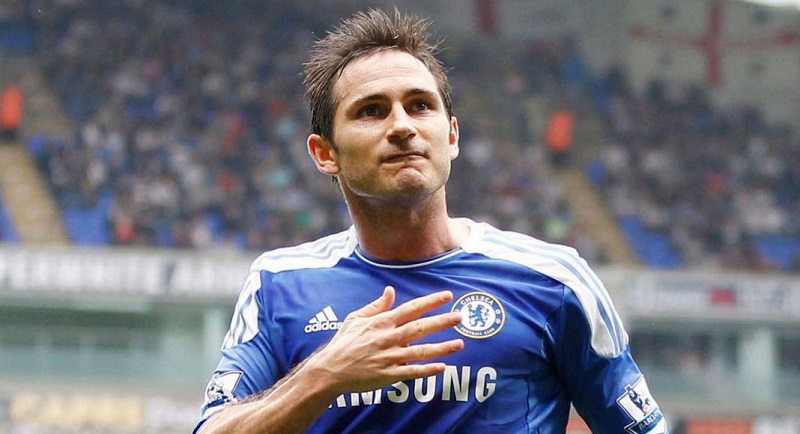 Not all bosses get their dream jobs primarily off their track record; that much is fair to say. Would Manchester United have appointed another manager from the Norwegian Eliteserien than Ole Gunnar Solskjær, the man who won them the European Cup in 1999?

Would any other Championship chief be linked as strongly with the potential vacancy at Chelsea as Blues legend and Derby County manager Frank Lampard currently is?

Looking at these appointments both in England and abroad, while such gambles have sometimes backfired, others have undoubtedly proved strokes of genius.

There have been plenty of them, if mostly away from the English game.

Barcelona is the obvious example; one of the greatest players to wear the red and blue shirt, the late Johan Cruyff, has been cited by many as being the greatest influence on the Catalan giants in the club’s history.

After three years at Ajax, another of his former clubs, where he won the KNVB Cup twice, he returned to the Nou Camp, and presided over a six-year glut of trophies.

Cruyff’s four consecutive La Liga titles and 1992 Champions League triumph were just five of the 11 pieces of silverware he won while in charge of Barcelona, and though he was sacked in 1996 having failed to win anything in his previous two campaigns, his legacy of ‘total football’ still lives on in one of football’s great theatres today.

In fact, Cruyff was Barcelona’s most successful manager until the arrival of another former player, Pep Guardiola, in 2008. After a coaching Barcelona B, the man who made more than 250 appearances for the Catalonians was appointed as Frank Rijkaard’s replacement, and what an appointment it turned out to be.

Still a relative novice in management, Guardiola clinched an unprecedented treble of La Liga, the Copa del Rey, and the Champions League, in 2008-09 his first season in charge; no Spanish club had previously achieved this.

By the time he took a sabbatical in 2012, Guardiola had managed a trophy haul of 14 honours in four seasons, making him the most successful manager in Barcelona’s history. What’s more, his imperious team including Lionel Messi, Xavi, Andres Iniesta is regarded by many as the greatest, most complete footballing team of the modern era, and among the best of all-time.

Ranking alongside Guardiola and Cruyff as one of the best to grace the touchline is Rinus Michels, a man who represented Ajax and only Ajax during his 12-year playing career.

It was Michels’ first major job in management when he was handed the reins at the Dutch giants in 1965, but in the six years he led the club, he utterly transformed their fortunes.

Taking over a side threatened by relegation, Michels led Ajax to four Dutch league titles and three KNVB Cups in the next six years. By 1971, he had led them to the first of three consecutive European Cups; only Real Madrid had achieved this previously.

Cruyff may have mastered total football during his time as Barcelona boss, but he could not claim to have invented it; many cite Michels as the creator of this historic approach, which brought him success after success in his time in the Ajax dugout.

And, of course, who could forget Zinedine Zidane, who Real Madrid only appointed in January 2016 to bring an end to the lamentable reign of Rafa Benitez?

Like Guardiola with Barcelona, Zidane’s only managerial experience prior to the Bernabeu was manging Real’s B team. By the time he departed in May 2018, though, he had secured legendary status.

Zidane become the first manager to win the Champions League in three successive campaigns, and joined only Bob Paisley and Carlo Ancelotti among those who had three European Cups to their name in their entire managerial career. He also won La Liga and the Supercopa de España in 2017, as well as the UEFA Super Cup and the FIFA Club World Cup in 2016 and 2017.

And there could yet be more chapters to write about Zidane’s Real success, after he returned to the club in March 2019 after dispensing with two bosses in a turbulent season.

English football has been far from a total disaster for players-turned-managers, though; Kenny Dalglish’s second spell as Liverpool manager may have been fairly forgettable, but the Reds legend achieved three league titles and two FA Cups in his first stint in charge from 1985 until 1991.

And up in Scotland, Jock Stein will forever be remembered as one of Celtic’s greatest bosses. Not only did he lead the ‘Lisbon Lions’ to European Cup glory in 1967, as well as ten Scottish league titles, eight Scottish Cups and six Scottish League Cups, but he also managed an incredible 70 per cent win ratio from his 718 games in charge; bettered only by Martin O’Neill.

Meanwhile, at Bournemouth, Eddie Howe, who turned out more than 200 times for the Cherries, has overseen the club’s meteoric rise from the foot of the League Two table in 2008 to Premier League regulars in 2019.

Appointing ex-players is evidently not a guaranteed success, but when it does work, it can yield spectacular results.

He may have been one of the greatest players in the world, but Diego Maradona is certainly not held in such high esteem as a manager.

His time as Argentina boss was a failure, reaching the 2010 World Cup quarter-finals before being humbled by Germany 4-0 in South Africa.

In fact, his time in charge of the national team will likely be remembered more for his antics, such as his unorthodox press conferences or his consistent hugging of his players.

Meanwhile, try as they might, in recent years, AC Milan have simply failed to replicate the success that clubs like Barcelona and Ajax have had with this approach.

Since Massimiliano Allegri left the San Siro in 2014, six different men have occupied the manager’s office, four of them regulars in Carlo Ancelotti’s sides of the 2000s.

Clarence Seedorf was first in to the hot seat, despite having no previous experience of management; he retired from playing just two days before his appointment.

But only five months in to the job and he was gone, with Filippo Inzaghi, who had scored a brace in Milan’s 2007 Champions League final win over Liverpool, appointed as his successor.

Like Guardiola at Barcelona and Zidane at Real, Inzaghi had only coached Milan’s youth teams prior to taking over the senior squad. But a tenth-placed finish in Serie A and a trophyless season saw him dismissed the following June.

Former Milan midfielder Cristian Brocchi, who likewise had no coaching experience away from the club, took charge in April 2016, but departed at the end of the 2015-16 after a mere seven games in charge.

And last month, Gennaro Gattuso, the archetypal cut-throat defensive midfielder of his time, left his position as Milan boss after a year-and-a-half in charge having failed to secure Champions League qualification for next season.

Similar managerial mishaps have proved fairly common in England, too. Alan Shearer could hardly be blamed much for Newcastle’s relegation to the Championship in 2009, but he won one of his eight games in charge of his boyhood club and has not returned to management since.

In 2012, Blackburn Rovers, fast becoming a crisis club under the chaotic ownership of the Venky’s, turned to Henning Berg to replace the much-maligned Steve Kean.

Berg will forever have a place in Rovers folklore as a mainstay in their Premier League-winning side of 1995, but his reign as manager was disastrous, and he was sacked 57 days after being appointed, having won a single game of his ten in charge.

A couple of years later, it had all started so rosily for Nottingham Forest legend Stuart Pearce in his spell as manager; it was not until the 12th league game of the 2014-15 that they dropped out of the Championship’s top three.

But a dismal run of three wins in 21 league matches, and an FA Cup defeat to League One Rochdale, turned Pearce’s dream job into a nightmare. He was sacked in February 2015, little more than half a season as boss.

For the romanticists in football, these are cautionary tales for what happens on the other side of the coin.

What Does It Tell Us?

More often now in football, with the element of commercialism becoming increasingly prevalent, there is becoming precious little room for sentiment.

With a few aforementioned exceptions, such as Solskjær, Howe and Zidane, such appointments are relatively rare nowadays.

That’s not to say that nothing is possible without a glistening CV, though, as many of these managers prove.

Sir Alex Ferguson infamously disparaged Arsene Wenger when he arrived at Arsenal in 1996 from Japanese outift Nagoya Grampus Eight in 1996.

“He has no experience of English football. He’s come from Japan,” the Scot said, about the man who would go on to win three league titles, among other honours, go an entire campaign unbeaten, and consequently plant egg firmly over Ferguson’s face.

Wenger may not have been a former Arsenal player, but his relative lack of experience in top-tier management is similar to that of many ex-players returning to their old clubs these days.

Not everyone will be the next Michels, Cruyff, or Guardiola, but in such scenarios, the balance between risk and reward could hardly have more depending on it.