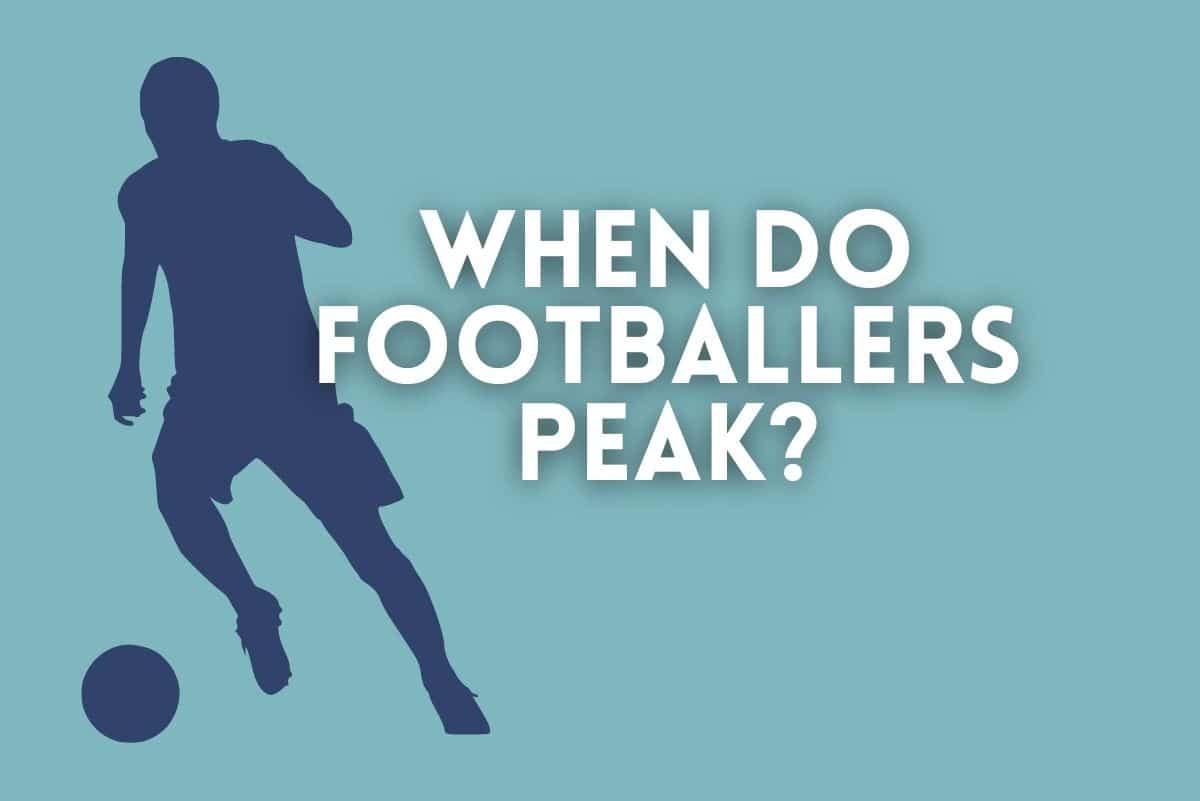 Football is a funny game and it can be hard to predict when one player will hit their peak and another begins to fade. There is no exact science to figuring out when a player hits their peak, is still getting better or when they are in decline.

Although if we follow the FIFA video game franchise’s model, then anyone over 30 is not just over the hill but in serious decline. Of course, football doesn’t work like that and for every evergreen player like James Milner, there are stars whose powers fade too early, such as Michael Owen.

Many factors are to be considered for how long a player’s career lasts and when their peaks are. This could be their position, at what age they start playing adult football and how resilient their bodies are to the rigours of a career at the pinnacle of the sport. So how do we figure out when footballers are in their prime? Let’s discuss.

When Are Footballers at “Their Peak”?

What defines the peak of one player might not necessarily be the same for another, so it is difficult to pinpoint. However, many footballers reach their peak in their mid-twenties as their bodies have developed while their experience is also at a high level.

But don’t just take our word for it, data backs up the statement as found by The Athletic. Looking at the minutes played per age in the Premier League, from 18-38, we find that the majority of time on the pitch is spread between ages 22-31 across all positions.

From learning their craft, to managers waiting until players mature, it’s typical for footballers to hit their stride towards the middle-to-end of their careers. Statistics from the delayed UEFA European Championships in 2021 also show that international managers are more confident in picking players in their mid-to-late 20s. 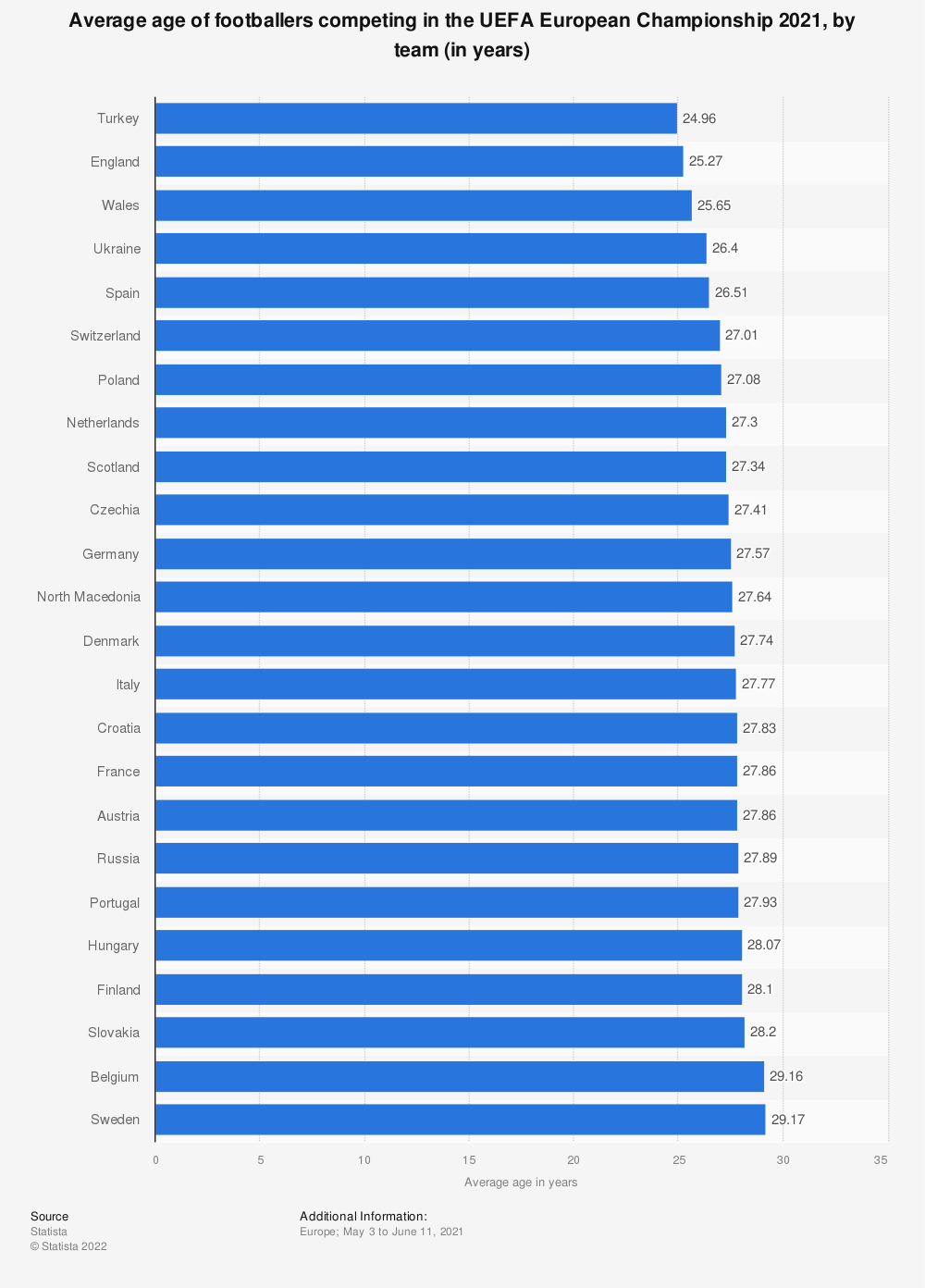 It’s important to consider that not all positions on the field are the same. Central midfielders find themselves doing plenty of running but also need to challenge regularly for the ball, jump for headers from goal kicks and either pull a shift defensively or support their attacks.

A goalkeeper, on the other hand, does much less running but needs to have strong reflexes, good agility, positioning and a good reading of the game. The physical attributes are different and that’s not just between goalies and all outfielders. Each position requires different attributes of a player, physically and mentally, and some are harder to learn or take more discipline which typically comes with experience.

According to the minutes-per-age data, goalkeepers enjoy the most minutes at 28 years old. The peak range is between 27 and 31, which may come as a surprise to many football fans who may believe that keepers peak much later in their careers.

Perhaps our perceptions have been skewed by keepers like Buffon, Edwin van der Sar, Shay Given and David Seaman all playing into their 40s. Although they may have been closer to pension age than their early teens, these keepers proved to be exceptions to the rule.

Defenders, particularly central defenders, enjoy a longer career in football than other outfielders. From our minutes-per-age data we see that centre-backs enjoy a peak age of 27 while full-backs typically peak at 25.

Due to the different physical requirements of full-backs and centre-backs, defenders in general enjoy a peak age range of 24 to 31 years old. Full-backs are more likely to peak early and begin to decline before hitting their 30s, whereas central defenders tend to peak by 26 and decline after 31.

Unlike most outfield positions, when defenders lose their physical gifts, they can still rely upon superior reading of the game, positioning and organisational skills to prolong their careers and continue to enjoy a healthy salary for longer.

Due to the physical needs of their role, central midfielders need plenty of energy and their peak age is 25, while wingers and CAMs peak a year later at 26 years old. High energy and physical combativeness are essential for the majority of midfield roles and the prime range for midfielders in general is between 23 and 30.

The ultimate aim of football is to put the ball in the net and the players who specialise in this, strikers, need time to mature. The prime age of strikers is 27, and players enjoy the most time on the field between 24 and 29.

What Age Do Footballers Decline?

Father time comes for us all and the career of a footballer is shorter than most. Other than goalkeepers, players can expect to decline and see less time on the pitch as they enter their 30s. Goalkeepers tend to stick around a bit longer and their decline typically comes post-35.

Why Do Footballers Decline After 30?

Elite football is essentially a young athlete’s game and while there are exceptions to the rule, players start to see a reduction in their playing time once they have gone beyond 30. Physically they might have slowed, their injuries have mounted and the hunger for playing has diminished.

Although the incentive of a high wage is a reason to carry on for many players, some have made their money and want out to enjoy more time with their family. With young players entering their peaks, older players can struggle to match them physically and they are no longer called upon by their managers as often. However, as medical teams in professional clubs grow larger, and our understanding of injuries and nutrition gets better, players are staying at the top for longer.

What Age Do Footballers Stop Playing?

Every player’s retirement age is different and it depends on several factors including their physical health, their endurance levels and whether they still love the game as much.

Goalkeepers tend to play for longer and stay at the top level into their late 30s but those whose roles demand more physical exertion retire in their mid-30s. Player retirement can also depend on the career of the individual.

For instance, Michael Owen played at a peak level as a teenager and by his late 20s his body began giving up on him. Then again, some players are fortunate to avoid serious injuries and continue to play for longer – showing that luck plays a huge part in how long a player’s career lasts.