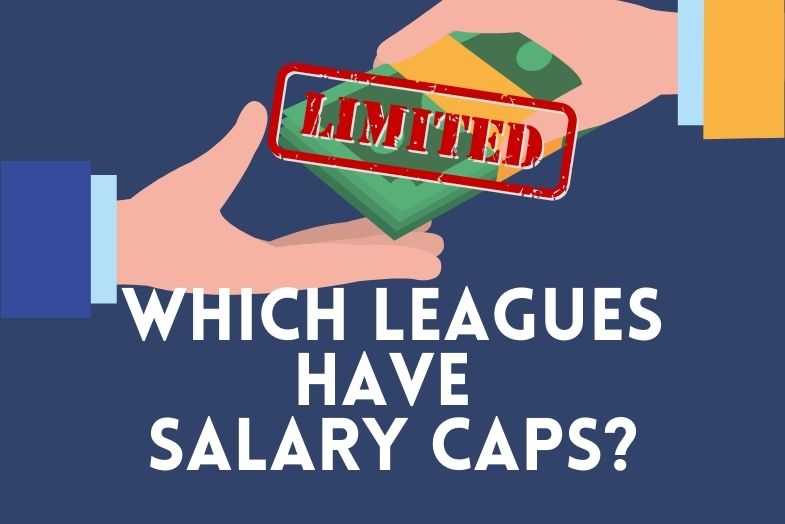 In this day and age, football fans are now used to watching almost the exact same clubs dominating their domestic leagues year after year.

Sure, a 5000/1 fairy tale like Leicester City can ensue once in a lifetime, but we can all expect the likes of Chelsea and Manchester City to reclaim the throne soon enough.

Moreover, other top European leagues can be completely dominated by one powerhouse. We can mention Bayern Munich in Germany and Paris Saint Germain in France just to name a couple.

Therefore, installing rules and regulations that can restore fairness and reignite the competition in the biggest leagues in European football is a major necessity. After all, witnessing the richest clubs dominate the poor man’s game makes for a cringing sight.

While UEFA had already implemented its own Financial Fair Play rules, it remains insufficient. So would the salary cap be considered as the rightful solution?

But first, what exactly is a salary cap? What’s the point of implementing it? Which football league have already adopted it? And does it truly work?

We’ll try to answer all these questions and more.

What is a Salary Cap?

A salary cap is a rule implemented by a certain sporting association or governing body that limits the amount of money that clubs can spend on the wages of their athletes.

The salary cap could be a fixed figure applied on all clubs who take part in the same league, which can usually be seen in American sports, otherwise known as a “Hard Cap”.

However, it can also be a variable figure based on every club’s revenues (known as “Soft Cap”) as we’ll see in some of the cases that we’ll study below.

What is the Point of a Salary Cap?

The point of a salary cap is to introduce a fair system that allows all clubs to compete on a more equitable level. Thus, rich clubs won’t be allowed to monopolize the best players in the league by offering them astronomical figures.

The implementation of this rule can shorten the gap between the top teams in the league and those at the bottom, providing a more competitive playing ground.

Additionally, inserting a salary cap can protect certain clubs from their own over-ambitious managements. How many times do we see a club overspending while chasing rapid success only to falter few years later under the heavy load of outstanding debt.

Which Football Leagues Have a Salary Cap

In this part, we’ll find out which leagues have installed a salary cap rule, while studying the case of each of the top five European leagues.

Does Premier League Have a Salary Cap?

As we mentioned in a previous study, EPL has some financial rules, but they’re very basic ones and far from being strict. While some of the lower tiers in the country have adopted a salary cap rule, the English pride themselves of owning the most attracting domestic league in the world, filled with quality sides from top to bottom.

Therefore, they’re unlikely to jeopardize the empire that they built and sees them attracting the best players and managers in the world, as well as the some of the richest businessmen worldwide.

The current system allows the top EPL sides to compete for the biggest prizes on the continent (Champions League, Europa League…), while those who lay at the bottom of the table also enjoy the status-quo thanks to rules that allows them to pocket a fair amount of prize money.

Does La Liga Have a Salary Cap?

Since 2013, La Liga has adopted a salary cap rule that is still implemented until the present day.

The Spanish Football Federation inserted a rule that prevents the top tier’s clubs from spending on wages more than 70% of their total incomes.

While this regulation appeared to be a fair one, the covid-19 pandemic left Spain’s biggest sides in shambles, especially Barcelona who suffered catastrophic consequences.

While one would argue that the Catalans’ unwise management is the main cause of their financial woes, the strict salary cap rule deepened their crisis, causing them to lose the services of Lionel Messi as they couldn’t make enough room for his wages on their reduced wage bill.

Does Serie A Have a Salary Cap?

Unlike its Spanish counterpart, Serie A is yet to implement a salary cap. While some would believe that this rule is a necessity in all major European leagues, the Italian top clubs have recently reduced their wage bills despite the absence of a regulation that forced them to take such measure.

Instead, it was the deep financial crisis that saw Juventus get rid of Cristiano Ronaldo and his astronomical wages, while Milan were willing to lose the likes of Hakan Calhanoglu and Gianluigi Donnarumma as free agents rather than increase their salaries.

With Serie A clubs continuing to tighten their belts, the absence of a salary cap remains the least of Italian football’s concerns.

Does the Bundesliga Have a Salary Cap?

The Bundesliga are yet to apply a Salary Cap rule, although increasing voices are demanding its implementation in German football.

It should be noted that thanks to their shrewd dealings and successful business model, German clubs are often enjoying better tidings on the economical level compared to their European counterparts – even if doesn’t always transmit to success on the pitch.

However, with Bayern Munich CEO Oliver Kahn talking about the need of a salary cap in the Bundesliga, we wouldn’t be surprised to see the rule taking shape in the future, as the Bavarians are considered to be the leading force within German football – on and off the pitch.

Does Ligue 1 Have a Salary Cap?

The French first tier were expected to implement the rule by 2021, but the country’s Football Federation decided to delay it for two more years, providing the clubs with a certain breather as they continue to adjust in the post Covid-19 era.

However, Paris Saint Germain took full advantage of the delay, as the they went on a mad spending spree in the summer of 2021, adding the likes of Achraf Hakimi, Donnarumma, Sergio Ramos and of course Leo Messi.

Does Champions League Have a Salary Cap?

The Champions League doesn’t currently have a salary cap rule, however the UEFA is setting proposals to introduce a salary cap for Europe’s elite club competition, as reported by The Sunday Times. This rule – if and when implemented – should in theory replace UEFA’s Financial Fair Play rule.

Since the implementation of FFP rules, it was no longer enough for European clubs to earn their qualification to the UEFA competitions through their domestic leagues, but they also have to regulate their balance sheets in compliance with the organizer’s strict financial rules, otherwise, they run the risk of receiving severe punishments, including disqualification from the European competitions.

Therefore, introducing a salary cap could be the next step in UEFA’s plans to construct a fair financial system based on economical equality.

Do Any Other UEFA Leagues Have a Salary Cap?

While the likes of Major League Soccer in the United States, the Chinese Super League and the Australian A-League have all adopted a salary cap, the European leagues are still reluctant when it comes to applying this rule.

Besides La Liga, the English Football League had implemented an MLS-style salary cap in League One and League Two (practically English Football’s third and fourth tiers) . However, due to the economical impact of Covid-19, the EFL decided to withdraw the rule as of February 2021.

Let’s have a look at the limits set by salary caps from the most famous football leagues that decided to install the rule from all continents as of October 2021.

While the current form of UEFA Financial Fair Play remains a topic of discussion, the presence of FFP rules in this day and age is a must. However, implementing salary caps on European clubs can be unfair.

The main purpose from FFP rules is to prohibit the clubs from spending more than what they earn. Nonetheless, every club should be able to decide how to spend the money, as long as it’s not exceeding the financial limits.

Let’s say that a certain club managed to save cash on the transfer market by conducting some shrewd business or perhaps relying on the homebased players, the management should be entitled to spend the remaining money in their budget on player contracts if it wishes to do so.

While salary caps can work in North American sports where the franchises’ main expenditures revolve around wages, things can be a little more complicated on the European scene, especially due to the astronomical sums spent on player transfers.

Therefore, it feels somewhat unfair to punish the clubs who managed to run successful business modules by preventing them from freely spending their incomes.

Evolving and upgrading FFP rules should be the main concern of European Football’s governing bodies, but Salary Cap might just not be the ideal solution.