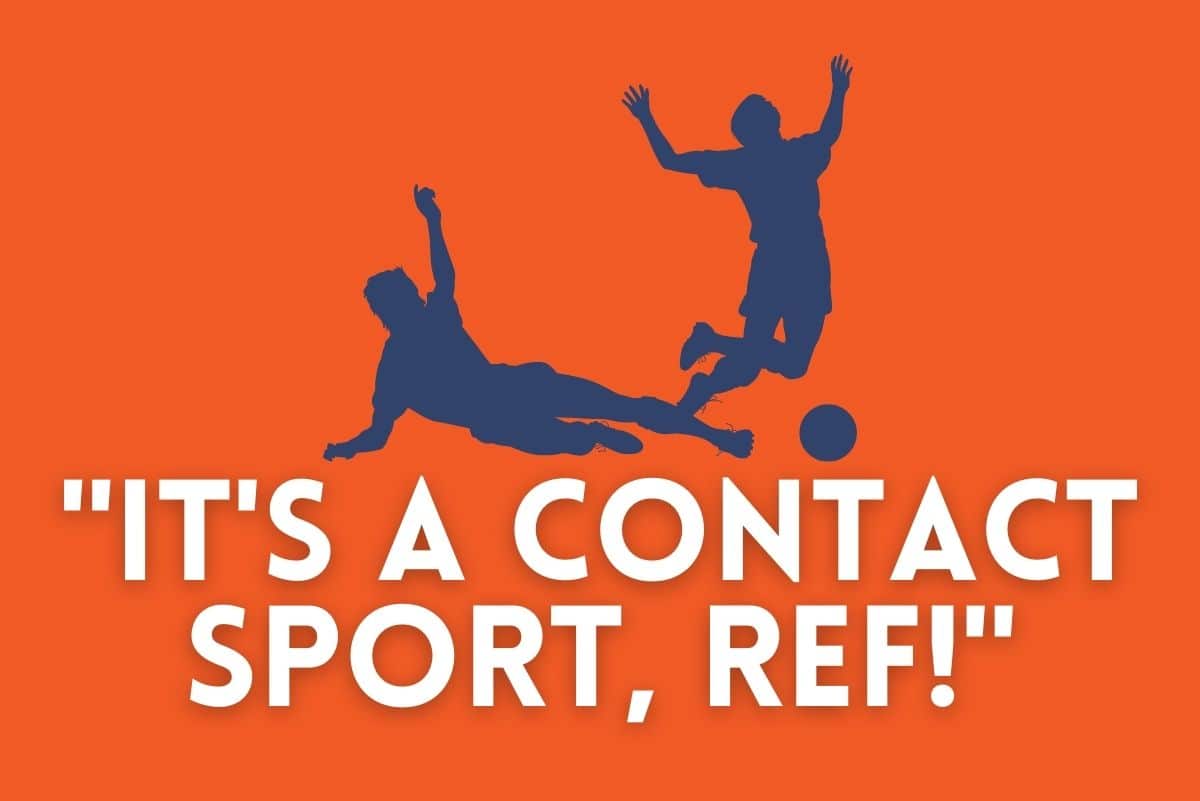 “That’s never a foul, ref!” is something you are likely to hear across football grounds in any corner of the UK. But the times are changing and what used to be acceptable on the pitch is now often penalised by the referee.

Formidable players like Graeme Souness or Roy Keane got away with a lot of physicality in their day but in the modern game their methods have largely been outlawed.

To put it simply, a contact sport is a physical activity that makes its participants come into physical contact with each other. Great examples of contact sports include rugby, boxing and American football.

Competitors can expect to come into regular contact with their opponents, using their physical attributes to help them tip the scales in their favour.

But each contact sport has a set of rules that provides a limit to how much athletes can impose themselves on the opposition. For example, punching in rugby is not allowed, despite the force of a tackle arguably having the potential to do more damage.

Although deemed a contact sport, football’s rules are constantly changing to reduce the physicality to better protect its stars. Tackling and jostling are still allowed but strong challenges generally result in a foul being called by the referee due to excessive force.

Players are allowed to use their strength to shield the ball from their opponent, engage in a 50/50 duel and battle for the ball in the air. However, this must be done fairly otherwise the referee will have to gauge whether excessive force has been used.

How the referee decides is dictated to them by the rules of the game, how the PGMOL (Professional Game Match Officials Board) sets its guidelines and their individual interpretation of the player’s use of force per incident.

It might not feel like it at times but football is officially a contact sport. However, the higher up the football pyramid we go the more the players are protected by the referees which can make it seem like the lightest touch means a foul.

We must also take into account the players trying to con the referee by faking injuries and diving at the slightest touch. Over time this behaviour has normalised and reduced the level of contact a player can engage another player in, as one will invariably fall to the ground feigning injury only to magically recover seconds later.

By definition, football is a sport that encourages contact but is mirroring basketball and becoming a ‘non-contact’ sport in practice despite contact supposedly being acceptable. Whether that is good or bad for the game is up for debate.

Some sections of the football fandom would like to see more physicality return to the game while others appreciate the lack of injury-risking tackles to prolong the careers of the athletes. Imagine Ronaldo at the peak of his ’90s powers in the modern game where players are not allowed to scythe him down and cut his career short.

On the other hand, nothing rouses a crowd like a crunching tackle that takes player, ball and everything else in the way. Which one is right? Only those who create the rules can decide, but as fans many of us would like to see a bit more physicality return to this contact sport.