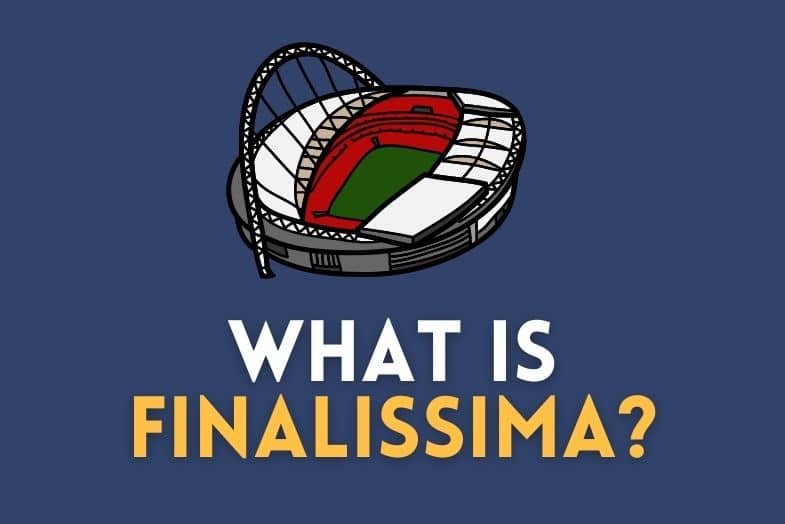 Europe and South America are widely accepted as being the two strongest continents in world football. Italy are the current European champions, having won Euro 2020 (played in 2021), while Argentina lifted the 2021 Copa America trophy.

So who wouldn’t want to see the two best international sides in the world (in theory) square up in a one-off winner-takes-all clash?

Finalissima has been contested twice before – in 1985 between France and Uruguay and in 1993 when Argentina and Denmark faced off, although at the time the competition was called the CONMEBOL-UEFA Cup of Champions.

Artemio Franchi was a former president of UEFA who died in a road accident in 1983, with the trophy named in his memory.

Finalissima 2022 will be played at London’s Wembley Stadium on June 1st between Italy and Argentina. It will be the first time the match has been played since 1993.

According to UEFA, Finalissima will be a one-off fixture played over 90 minutes. There is no extra time, so if the tie is level at the end of regulation time then it will go straight to penalties. The referee appointment will be made jointly by the two confederations.

Why Are Italy Playing Argentina?

Italy are playing Argentina in Finalissima 2022 because both sides won their respective continental championships; Italy won Euro 2020 (albeit in 2021) and Argentina lifted Copa America in 2021.

Finalissima – or the CONMEBOL-UEFA Cup of Champions, as it was previously known – is the intercontinental play off between the champion nations of the two strongest footballing confederations in the world.

Why is Finalissima Back?

Finalissima is back because the two football confederations involved – UEFA and CONMEBOL – reached an agreement last year to resurrect the contest in 2022 and for two further editions in the future.

UEFA states that the match is part of the expansion of the cooperation between it and CONMEBOL, which includes women’s football, futsal and youth categories, the exchange of referees and technical training schemes.

The CONMEBOL-UEFA Cup of Champions – also known as the Artemio Franchi Cup – was established in 1985 and has evolved into what is now being referred to as Finalissimo.

It was an official super cup match organised by UEFA and CONMEBOL and contested by the winners of the European Championships and Copa America.

Organised as a quadrennial one-off match, it was a national team equivalent to the former Intercontinental Cup that featured the club champions of Europe and South America.

How Often Will Finalissima Take Place?

Technically, Finalissima should take place every four years. However, the 2022 version, the first since 1993, has essentially been delayed due to Euro 2020 and Copa America 2020 being postponed due to the Covid pandemic.

When is the Next Finalissima?

The next Finalissima is due to take place after the completion of the European Championships and Copa America in 2024. The agreement between UEFA and CONMEBOL currently runs until 2028, meaning it is likely that there will be another Finalissima that year as well.