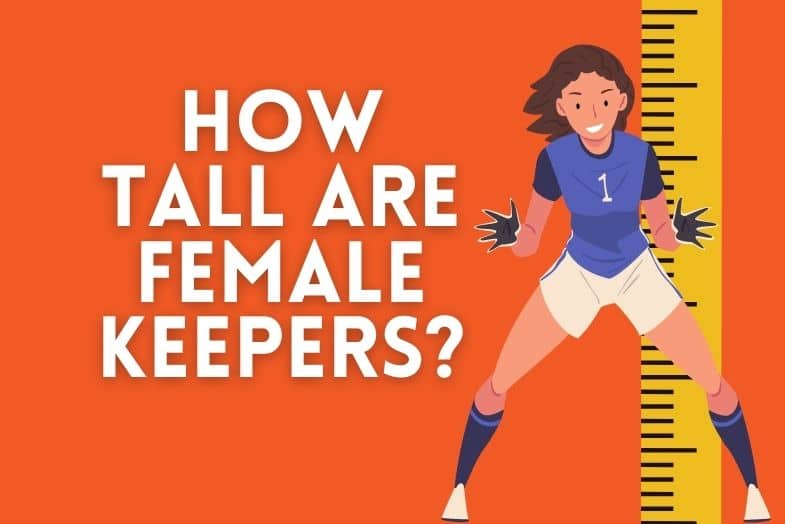 In football, the tallest player on the pitch is typically the goalkeeper. They use their reach advantage to stop the ball from going into the back of the net from all angles plus they pluck it out of the sky from crosses in dangerous situations.

As women’s football continues to grow, it draws more attention and questions regarding its competitiveness and quality. One of the biggest talking points is the size of the goalkeepers and whether the goals are too big or not. Some say yes while others say no.

Let’s look at how tall goalkeepers in the WSL are and how they compare to their Premier League counterparts.

Height of Goalkeepers in WSL

Although the height of the goals don’t change between women’s and men’s football, the height of the keeper does. In the Women’s Super League, the tallest goalkeepers are Karen Bardsley, Ann-Ketrin Berger and Emily Ramsey who all stand at 5’11”.

In 2019, Emma Hayes questioned whether it was time for the goals in women’s football to be reduced in size to ensure games are closer. Her question came following a huge scoreline for the USWNT against Thailand of 13-0 at the Women’s World Cup.

However, to counter this point, the legendary USWNT goalkeeper, Hope Solo, argued that if a goalkeeper can reach the crossbar then they can save any shot. Reducing the goal size in women’s football might be counterproductive and making it harder to score could reduce the entertainment value.

Unsurprisingly, male goalkeepers tend to be taller than their female counterparts. The tallest goalkeeper in the Premier League for the 2021-22 season is Kjell Scherpen of Brighton, who stands at 6 ft 8 in. The three joint-tallest WSL goalkeepers are 5 ft 11 in, Karen Bardsley, Ann-Ketrin Berger and Emily Ramsey.