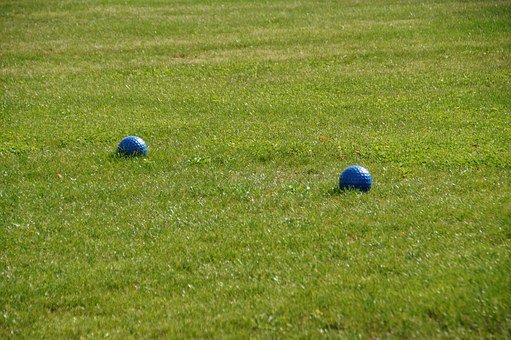 Move over, rugby. Take a hike, tennis. See you later, golf. These may have been the future once – and of course, they’re still almost universally popular – but maybe they’re becoming old hat as some new sports come to the fore.

Here, we’re going to take a look at five contenders for the fastest-growing sport in the world – some of which you would surely never have even dreamt up as ideas – as well as discussing what the most popular ‘new’ sport in the UK might be.

So without further ado, let’s take a look at some of the oddest new crazes in the sporting bubble:

What Are the Fastest-Growing Sports in the World?

Looking for a game which is essentially a crossover of tennis, table tennis and badminton? There’s a sport for that, no matter how old or skilled at any of these more traditional sports – ‘pickleball’.

To play it, two (singles match) or four (doubles) players use solid paddles like in ping-pong to hit a plastic whiffle ball, on a court with the same layout and dimensions as that in badminton and a net similar to that in tennis.

Invented in 1965 in Washington as a game for children to play in their back gardens, pickleball has grown in popularity by more than 650 per cent in the US in the last seven years. There are now more than 8,000 locations to play it in the States, with its estimated number of American players in excess of 250,000.

What might make pickleball so popular is how universal it is; it’s not expensive to play, and isn’t always a particularly taxing game physically, so appeals to older generations as much as the younger crowds.

“Anyone can play, from eight-year olds up to 100-year olds,” pickleball player Rocky Brown told NBC in 2019.

“It’s already an intramural sport on many college campuses, and because it is affordable, it would be a natural progression for it to get to high schools.”

If pickleball is cornering an American market for new sports, its cousin, padel tennis, is similarly popular in Spain, where between six to ten million natives play it regularly (far more than those who play tennis).

Another fusion of more common sports, padel mixes ‘normal’ tennis, squash and ping pong. You play on an enclosed court roughly 25 per cent smaller than a standard tennis court – but the main differences are that you play with solid, stringless racquets, and can bounce the ball off the court’s walls, like in squash.

Padel uses the same scoring system as tennis, but with balls with slightly less pressure, and when serving, the ball must be no higher than your waist.

Invented in Acapulco, Mexico in 1969, it remains most popular in Hispanic countries like Spain and Argentina, although has become more widespread perhaps since the professional padel circuit, Padel Pro Tour (PPT), in 2005. Nowadays, in fact, more than eight million people play the game worldwide.

One of the biggest sporting crazes of the last decade, e-sports shouldn’t be decried as simply playing video games – there’s so much more to it than that.

E-sports has, in fact, been around since 1972, when students at Stanford University, California, played the sci-fi rocket combat game Spacewar against each other, with the winner earning a year-long subscription to Rolling Stone magazine.

Now, though, particularly through the proliferation of online streaming platforms like YouTube and Twitch, e-sports is estimated to have a global audience of almost 500 million, raking in more than $1 billion of revenue.

In some ways, e-sports is maybe the only sport to have withstood the COVID-19 pandemic of 2020. Though, not from a revenue perspective – cancelled events have caused an inevitable loss in that regard.

But in April 2020, for instance, Verizon reported that US domestic peak-hour usage was up by 75 per cent during the first week of quarantine, but gaming as a spectator sport also soared in popularity. Indeed, Twitch is thought to have grown its audience by roughly a third in March 2020 alone.

Of course, there’s some conjecture about whether it can be truly considered a form of sport, but as it becomes an even greater worldwide phenomenon – to the point where the International Olympic Committee has even discussed including it in future Olympic events – maybe it’s time we give e-sports their dues.

Golf balls just too small and not enough fun for you? Fear not – footgolf is on hand to provide a wacky alternative.

Essentially golf but played with a No. 5 football, there are no clubs needed; you just kick the ball into the hole, and the player who needs the fewer shots to do so is the winner.

The only other real differences might be that they may be played on special courses designed specifically for footgolf, on holes shorter than those in golf due to the fact that footballs can’t travel as far as golf balls.

Originating in the US in the late 1920s and 1930s, footgolf only came to greater prominence in the late 1980s in Switzerland, and Scandinavia in the 1990s. The first FootGolf league launched in the Netherlands in 2008, and America followed suit three years later.

Another accessible, universal game that can player all year round, footgolf’s growth in popularity is timely given golf’s simultaneous demise; with 643 courses closing in America between 2006 and 2014, footgolf has saved many of these struggling businesses.

And the UK are catching on now, too, with more than 250 British courses available to play footgolf on.

Want a new challenge this winter? Any lovers of mountain-biking are bound to take to fat-biking instantly, a great, fun new way of staying fit during the cold snap.

A fatbike is equipped with wide, oversized tires, usually between four and five inches; perfect for riding in sandy or snowy conditions given their low tire pressure meaning they float where ‘normal’ tires would sink.

They’re superb for keeping fit – you can burn up to 1,500 calories from an hour of fat-biking, yet will also recover quicker than, say, after a 60-minute run.

“Because it’s not weight bearing, the recovery time is less despite the balance and core strength it requires,” Andrew Gardiner, former head Nordic Ski Coach for Middlebury College, told bicycling.com.

And while fatbikes may not be as popular now as five years ago, or since Surly introduced the first mass-produced fatbike in 2005, they were far from a fad which has vanished off the face of the earth by now. As long as there’s sand and snow around, they’ll always come in handy.

What is the Fastest-Growing Sport in the UK?

Football. Yes, you read that correctly.

Specifically, women’s football, which has become far more popular in Britain since record-breaking TV audiences for England games at the 2019 Women’s World Cup, which hit heights of 7.6 million for their quarter-final against Norway and 11.7 million for their semi-final loss to the US.

Indeed, a YouGov poll later in 2019 found one-third of adults consider themselves interested in the women’s game, while 69 per cent believe the women’s game deserves the same profile as its male counterpart and 28 per cent of people who followed the World Cup consequently became fans of women’s football.

Meanwhile, an FA report found that 2.6 million women in England aged 16 or older played football in 2019, an increase by almost one million on the 2018 figure.

An incredible 77,768 also turned up at Wembley for England’s 2-1 defeat to Germany in November 2019, a record attendance at an England women’s match.