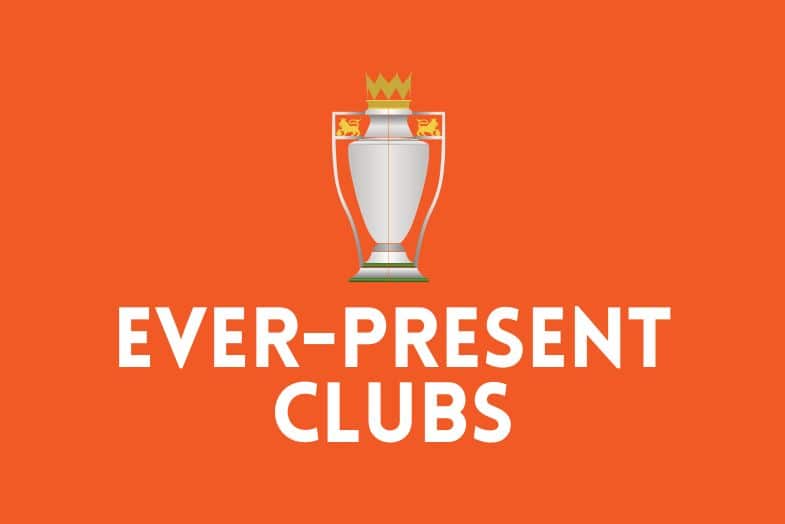 Beginning in 1992, the English Premier League has quickly grown to be arguably one of the greatest sporting leagues in the world. Generating billions of pounds while being the home of iconic football moments, the teams involved are viewed from across the globe as title challenges and relegation battles make the EPL all the more exciting.

Although there were 22 teams in the first Premier League season in 1992-93, many historic clubs have fallen to the lower divisions as the height of competition increases every year.

Only the greatest clubs have survived and thrived in this competitive landscape, but which teams have remained in the Premier League since the very beginning?

When founded in 1992, there were 22 teams in the Premier League, compared to today’s 20. The founding teams were:

How Many Teams Have Always Been in the Premier League?

In the 2003-04 Premier League season, Arsenal was engraved into footballing folklore as they went an entire season without being defeated; later nicknamed ‘The Invincibles’.

Lead by their longest-ever serving manager Arsene Wenger, the Gunners were an ever-present side in the top four of the Premier League table, often dazzling the English top flight with free-flowing, attacking football.

Interestingly, the Gunners have never been in a relegation battle with their lowest-ever Premier League position being 12th place in the 1994-95 season.

Another London-based club that thrived under the introduction of the Premier League, Chelsea have won the league title in five different seasons after cementing themselves as one of the biggest clubs in English football.

With the former owner, Roman Abramovic, investing heavily from 2003 to 2022, the club were able to sign many Premier League legends such as Frank Lampard, John Terry, Didier Drogba and Petr Čech.

Unlike the other teams on this list, Everton have been on the brink of relegation several times since the creation of the Premier League. Despite this, the survivalist spirit of the club and never say die attitude has helped them to remain an ever-present side in the English top flight.

With their last top-flight title being before the EPL era in 1986-87, Everton’s highest league finish was 4th in the 2004-05 season under long-serving manager David Moyes.

Finally clinching the Premier League title for the first time in the 2019-20 season, Liverpool have grown in the more recent years to be one of the greatest sides in the world.

Displaying talents such as Steven Gerrard, John Barnes, Robbie Fowler and Mohamed Salah, Anfield Stadium has been home to some of the most iconic Premier League players since the 1992-93 season.

Under the passionate leadership of manager Jurgen Klopp, Liverpool have grown since 2015 as one of the strongest clubs in the Premier League.

After winning the inaugural 1992-93 Premier League title, the Red Devils dominated the Premier League for several years under the guidance of legendary manager Sir Alex Ferguson.

With players such as Gareth Bale, Harry Kane, Luka Modric and David Ginola, it is surprising to see that Tottenham have never won the Premier League title considering the talent available.

A team always challenging for a European place in the EPL, Spurs have established themselves as one of the strongest teams in the league as they have achieved Champions League football confidently in recent years.