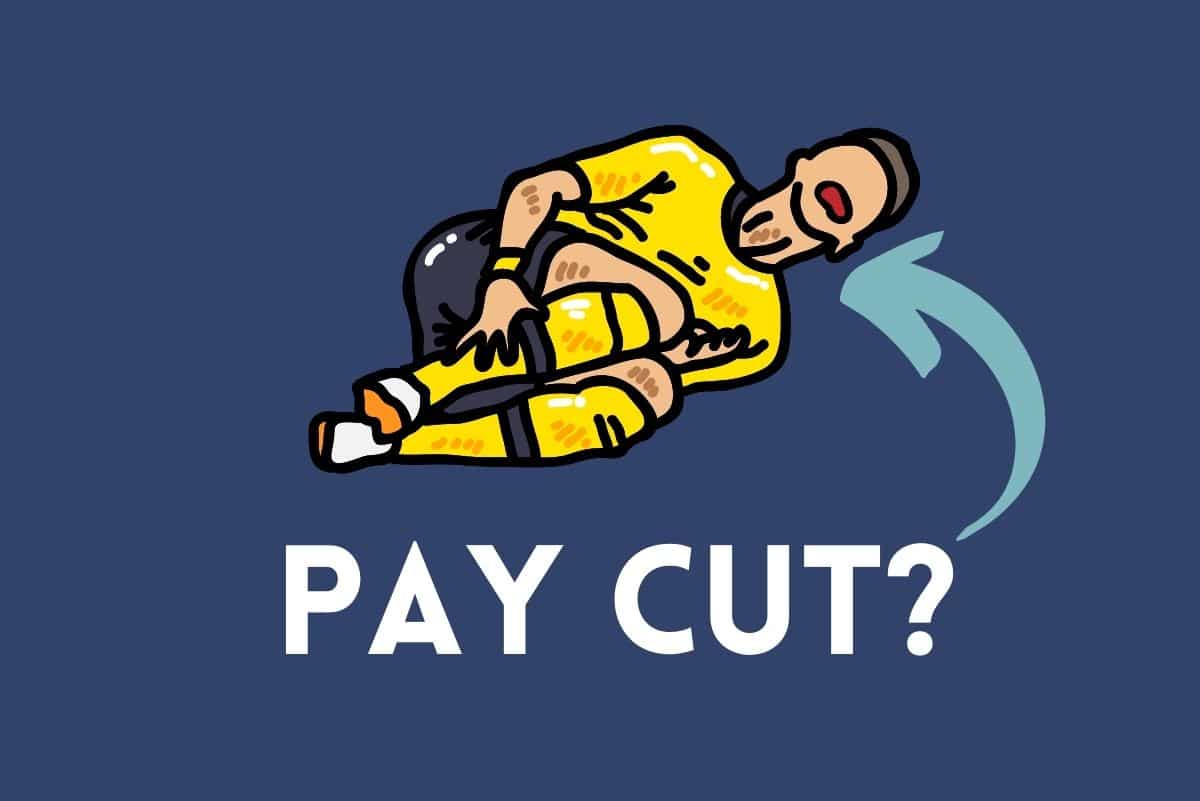 With the average Premier League footballer earning over £3 million per year, clubs are risking an incredible amount when signing a new player.

For such a high salary, the club expects their footballers to play as often as possible for their new asset to seem like a worthwhile investment. However, this all changes when a player is injured or suffers from an illness.

Injuries can keep players out of action for weeks, months, and sometimes years, making them unavailable to complete their job requirements and play for their club. Injuries are often a common risk in the sporting world, especially in a contact sport such as football.

But do footballers still receive their salary even when they’re not playing? And what happens when they’re injured from something outside of their footballing environment?

Do Players Still Get Paid When Injured?

Although being injured prevents them from playing for their club, professional footballers still receive their salary if they are contracted to the club.

In England, footballers are entitled to 18 months’ pay while injured before any chance of their salary being cut. It would have to be an extremely long-term injury to prevent them from being paid their full salary while sidelined.

These rules can vary across Europe with clubs in Germany only obliged to pay their player’s salary for six weeks, consequently Bundesliga players often buy additional insurance to cover them if they cannot play through injury or illness.

In France, if the player suffers a potentially career-ending injury, the club can terminate his contract after three months. The injured player receives a severance payment of 40 percent of their monthly wage multiplied by the number of seasons the player has played for the club.

Do Players Get Paid Less When Injured?

Players do not receive less money when injured as they are signed under contract with their parent club. Although this can be frustrating for the clubs, players are paid as usual throughout the entire season regardless of illness or injury.

Footballers are also paid the same during the off-season despite not playing a single minute of professional football as their agreed contract when signing for a professional side will cover a minimum of 12 months payment.

Do Footballers Have Injury Insurance?

As footballers are seen as valuable assets to their clubs, most professional teams will insure all of their players in the event of an injury.

Purchasing insurance for each athlete will help cover the player’s salaries if they cannot play due to injury or illness. This insurance will often also cover situations where players lose their lives or suffer from injuries in tragic accidents. Every Premier League club takes out a ‘catastrophe cover’ which is triggered if three or more players are injured in a tragic accident.

Professional players may often also take out their insurance to cover any potential injuries or long-term issues which prevent them from playing.

What Happens if a Player Gets Injured on International Duty?

If a footballer is injured or picks up an illness on international duty, their parent club may only pay their basic salary for up to one year.

The Club Protection Programme guarantees that FIFA provides ensures compensation for the financial losses the club is hit with due to the absent player’s salary. Before the CPP, clubs often bought insurance policies to cover the risk of having any players injured due to international fixtures.