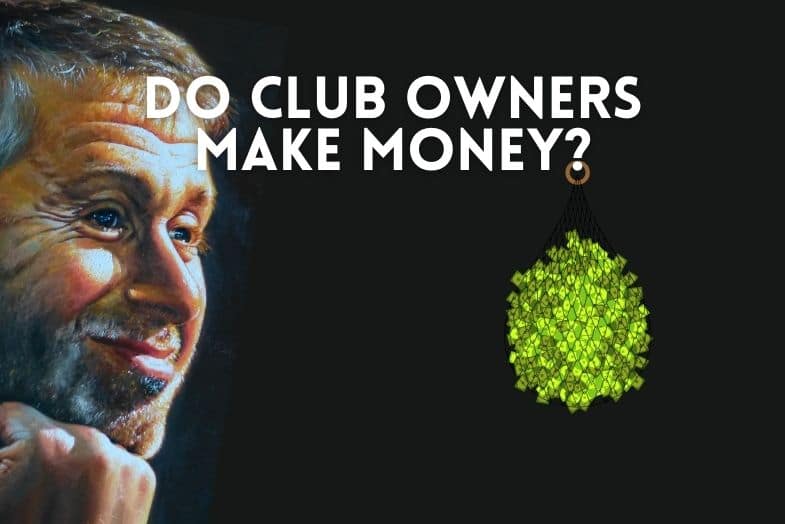 In the incredible and ever-growing world of football, we find different sections of supporters.

There’s the casual fan who’s only interested in watching his club’s biggest stars on a boring weekend, and we have the die-hard fan. From every player in the first and reserve teams, to the manager and technical staff, all the way through the management, this fanatic will concern himself with every little detail within the team he supports, and more often than not, he’ll end up clashing with the highest authority at the club, AKA, the owner himself.

Club owners are an interesting bunch who inspire curiosity. A businessman who runs, let’s say, a supermarket chain, is unlikely to receive insults and objections on a regular basis. An unhappy customer will simply walk away towards a competitor store without making much fuss about it. Perhaps some angry words could be exchanged, maybe a bitter comment on social media, but it mostly ends there. No giant banners asking the owner to sell out, no riots in the streets demanding his head.

Which makes you wonder, who in their right mind would opt to be in charge of a football club? We’ll try to understand the mindset behind the rich businessmen in the sport that had always been associated with the poor.

So do club owners make money or get paid somehow? What are their main tasks within the club? What are the pros and cons of buying one? And why would anyone buy himself a football club?

Owning a football club is far from being a charitable work, and thus, the owners can make money either by selling their shares (wholly or partially) while making a profit, or by earning dividends, and finally by picking up a salary on some occasions.

In our study, we’ll primarily focus on the English Premier League clubs who are now mostly owned by rich foreigners from the United States, Russia and Asia, in contrast to clubs like Real Madrid and Barcelona, owned by their own supporters, also known as the “Socios”.

In theory, this ever-growing multi-billion industry should be a major cash-cow for the clubs’ owners. However, several reports indicate that Premier League clubs aren’t exactly making huge profits, including Linda Yueh in a 2014 report published by BBC.com. The source mentions how only half of the EPL clubs made an operating profit during the 2012/13 season, and that is before adding their transfer expenditures.

The reason behind these struggles is mostly due to the astronomical increase in the wage-bill, with football stars now earning ludicrous amounts that can reach six-digits per week when it comes to the top stars. This explains why the majority of the top European clubs are heavily indebted, as their eagerness to maintain their best players and add other stars to the fold forces them to overstretch themselves when it comes to salaries.

Therefore, earning dividends on an annual basis at a time when the club is struggling to balance its books is never going to sit well with the fans. Just ask Arsenal’s majority shareholder Stan Kroenke who earned 3 million Pounds in dividends back in 2014 according to atthematch.com. Needless to say, the Gunners’ supporters weren’t amused.

However, even at times when the club is failing to break even, its market value more often than not continues to rise, at least if it avoids getting relegated or suffering an enormous fall from grace. Therefore, the owner should still be able to make a profit once he decides to sell his shares, as the club’s value would, more often than not, increase with the sands of time.

So what about the owner’s salaries?

Do Football Club Owners Get Paid?

When it comes to salaries, football owners only get paid if they’re holding managerial positions within the club, reminiscently to most companies.

To shed light on the situation, we’ll use two examples from the Premier League’s top echelon. On one hand, we have Manchester United, owned by an American wealthy family, the Glazers. The owners of the Red Devils can be rarely found around Old Trafford, which partially resulted in a toxic relationship with the supporters. Instead, they have entrusted the club’s executive vice-chairman, Ed Woodward, in effectively running the club.

On the other hand, Tottenham Hotspurs are owned by two men – majority holder Joe Lewis (70.6%) and Daniel Levy (29.4%). Whilst the first isn’t always present, the latter runs the day-by-day operations as the chairman of the board. So besides owning almost a third of the club’s shares, Levy is handsomely rewarded for his work at the club, and reportedly earns six million pounds per year.

What Do Football Club Owners Do?

A Football club owner can either decide to take over the daily operations of the club by appointing himself as president, or holding any other managerial title, or he can simply decide to hand over these responsibilities to other persons who might be more specialized when it comes to running a club.

The comparison between the Glazer family and Daniel Levy mentioned above can be applied in this section as well. Simply put, the owner is the highest authority within the club, and how he decides to play his part remains up to his personal judgement.

Pros and Cons of Buying a Football Club

Buying a football club can open numerous doors for the owner and put him on the worldwide business map. But on the other hand, it remains a dangerous bet, and the team’s failure to deliver the results on the pitch can spark a major outrage against him from the club’s supporters.

Sports in general have a business module of their own, and even the saviest businessmen might struggle in their attempts to turn a football club into a winning side. An owner might make all the right decisions – hire a capable management, bring in a solid coach and buy talented players – but at the end of the day, his success will rely on eleven men on the pitch, and a little bit of luck perhaps.

Moreover, in the age of Financial Fair Play, even the outrageously-rich owners are prohibited from spending as much as they wish in order to boost their chances of success and please their demanding fans.

Nonetheless, the benefits of owning a football club can still tempt local and foreign businessmen as we’ll see below.

Benefits of Buying a Football Club

During the previous century, most football owners used to be local businessmen who also owned brands that are somehow related to the sport, varying between kits manufacturing all the way to beverage. By owning the local clubs, those persons would earn the respect of their community – at least when things weren’t going too awry on the pitch – while having a major platform to advertise their brands.

A great example of an owner garnering various types of profits from his club would be Leicester City’s late patron, Vichai Srivaddhanaprabha, who saw his team shockingly lift the EPL trophy in 2016. This historical event saw the club’s value rising like never before, and on another hand, the owner’s travel retail group, King Power, also enjoyed a great financial boost thanks to the Foxes’ grand achievement.

Why Do People Buy Football Clubs?

People buy football clubs for a variety of reasons. Some do it out of passion for the sport or perhaps the club itself, but in most cases, the buyer wants to put himself on the map by making a major statement and in the hopes of expanding his brand on a bigger scale.

Once again, the Glazers make a good example on the matter. The wealthy American family already owned a winning NFL franchise long before purchasing Manchester United. Nonetheless, they must have realized that football – or soccer, in their own words – is their ticket to the rest of the world, since the NFL’s market remains limited.

Chelsea owner Roman Abramovic is a similar, yet different example. The Russian oligarch earned fame for being one of the first ultra-rich foreign owners to land on English shores. Roman turned Chelsea into one of the biggest clubs on the European scene, and contrary to the Glazers, he’s always been close to his club. His successful experience helped in opening the door for the foreign invasion that followed.