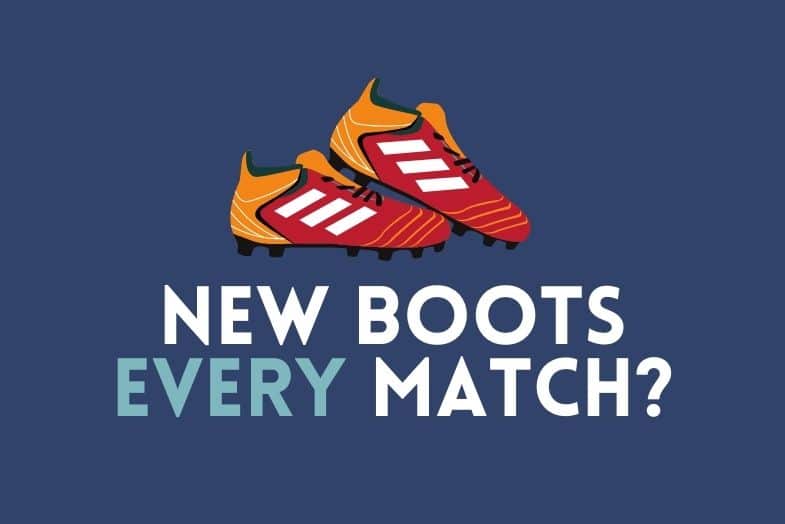 Almost all top footballers nowadays have a boot deal with one company or another, and these can be highly lucrative for elite players.

While players such as Messi, Ronaldo, Neymar and Mbappe are hardly likely to go broke on their basic wage, players of this calibre, status and commercial appeal can earn huge sums by signing boot deals, and associated endorsement contracts, with big companies such as Adidas, Nike or Puma, who know that aspiring footballers and fans are likely to buy the boots worn by their heroes on the pitch.

Do Footballers Pay For Their Boots?

Generally, professional players don’t have to pay for their own boots. Many – if not all – top players will have a deal with a boot manufacturer. Even those in the lower leagues will usually have a “supply” contract which sees them given multiple pairs of boots each season.

Even at the bottom of the football ladder, some non-league clubs will unofficially pay their amateur or semi-professional players “boot money”, ostensibly to pay for boots but in reality it may be used for other purposes.

Do All Professional Footballers Have Boot Deals?

Not every professional footballer has a boot deal, although in reality very few if any will have to pay for their own boots.

However, the majority of players in England’s Premier League and even the less-lucrative Championship will have some sort of deal with a manufacturer.

Lucrative doesn’t quite cover it when it comes to the biggest boot deals in the world. In 2020, Neymar left Nike and signed a contract with Puma worth a whopping £23 million annually, the biggest individual sports sponsorship contract in history.

Notably, some players have snubbed boot deals in the past to give them freedom of choice over their footballing footwear. The likes of Barcelona legend Dani Alves and former Arsenal man Mesut Ozil have been known to pick and choose what boots they wear.

Premier League players – or players in general – don’t wear a pair of new boots in every game. For starters, players take time to get used to new boots, which can be tight and need to stretch, and would not want to do this every time they play.

On average, a professional player will go through a pair of boots every four to six weeks, expensive for the amateur player but not a problem when the boots are provided for you.

Some professional players also have special needs in the footwear department, and so receive custom-made boots. The likes of James Milner of Liverpool has spoken about this in the past, and thanked his supplier Nike for providing boots with a special plate fitted to aid his comfort.

How Often Do Premier League Players Get New Boots?

Boot manufacturers will typically launch new ranges four times a year, and Premier League players will generally be provided with a selection of boots at the same time to ensure their footwear is up to date and on show to the buying public.

Other than if they are damaged, top players will generally wear the same boots several times before changing to a new pair.

Nowadays, it is quite common for players to sign used boots and give them away to raise funds for charities or other good causes.