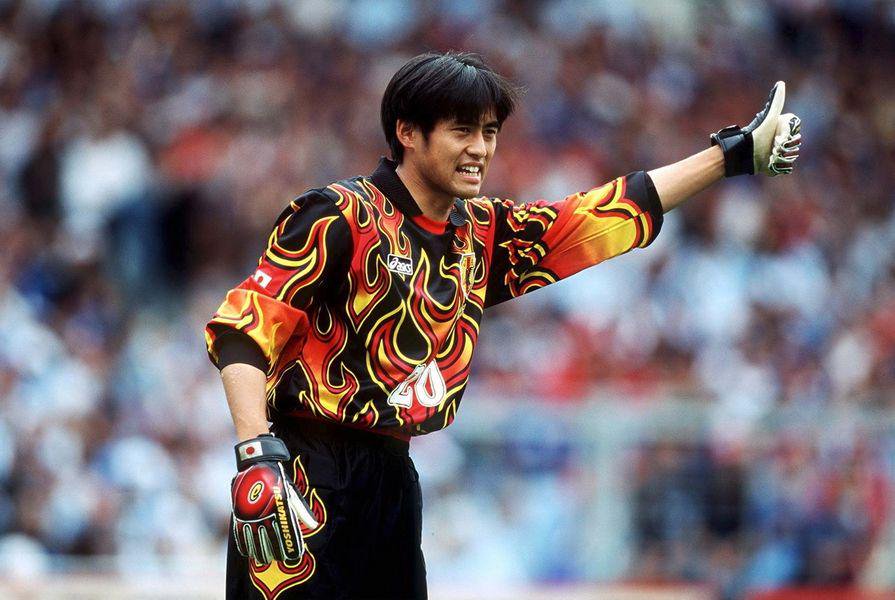 There’s a definite drawback to new kit releases becoming an annual event in a football club’s calendar for the most part – it’s hard to keep reinventing the wheel.

How many different shades of red can Adidas keep coming up with for Manchester United? How many versions of black and white stripes can Puma keep delivering for Newcastle? If your team plays in white, how long can your kit manufacturer get away without adding any semblance of colour?

Often, it’s thinking outside the box that pays off. It can fall flat on your face sometimes (see Everton’s nauseating pink 2010-11 away kit), but it can also inspire strokes of genius, such as in these ten shirts:

This season was Parma’s first year back in Serie A since they were declared bankrupt in 2015 and re-formed in Serie D. What better way to celebrate their return, following three consecutive promotions, than a slick new strip?

It may not be the most original design – some made comparisons to Portugal’s current kits, which also includes a large cross in the centre – but the ‘Black Phoenix’ is an unusual blend of colours, but it definitely pays off

Black with an enormous cross made of grey, yellow and blue lines, perhaps the only drawback is that they did not enjoy more success while wearing, finishing 14th in their first season back in the Italian top-flight.

The Japanese national team didn’t light up the French tournament, losing all three group games, but their goalkeeping strip certainly did.

Stopper Yoshikatsu Kawaguchi did not go unnoticed in this strip, where bright orange flames dominate the black base, but unfortunately it brought him no luck, failing to keep a single clean sheet in the French tournament.

To mark the Gunners’ final season at Highbury, Arsène Wenger’s men turned out in redcurrant shirts; a nod to the colour of their home kits during the first year at the stadium in 1913.

The redcurrant design was simple yet effective, with the words ‘Highbury 1913 – 2006’ embroidered on the back of the shirt added an extra touch of class.

It was arguably more memorable than the football itself that season for Arsenal, who finished the campaign without a trophy despite reaching the Champions League final.

This vintage design from the early 1990s was certainly one of the bolder moves, but the navy and white diamonds proved a popular hark back to Ireland’s early history.

Northern Ireland stuck with it for three years, though the shirt brought them little success on the pitch, as they failed to qualify for both the 1990 World Cup and the 1992 European Championships.

This was a brave move for the Toon Army, who had not previously opted for a purple or maroon-coloured alternative kit, nor a hooped design, but it was a move that undoubtedly paid off.

Kevin Keegan’s Entertainers should have marked it as a shirt of a title-winning season, but let a 12-point lead slip to finish second to eventual champions, Manchester United.

It is a reflection of just how popular the shirt proved to be that, in the 2018-19 season, the club tried to recreate this away kit. Without doubt, one of the best kits the Premier League has seen.

Taking inspiration from the quintessentially French Breton striped shirt, Nike managed to transform the design into a sleek away shirt for the national side.

It’s a shame that by the time Euro 2012 rolled around, the shirt had been replaced by a dull plain white strip, which was as uninspiring as the team’s performance in the competition, which they exited at the quarter-finals.

By no means overly complicated, with the purple trim adding a nice flash of colour to the white background.

But of course, what makes this kit is the sponsor, Japanese video game company Nintendo, complete with Super Mario, slapped bang in the middle on the front of the shirt.

The winning kit did not translate to winning football for La Viola, though, who endured a pretty mediocre season having won the Coppa Italia and finished fourth in Serie A the year before.

The ‘Maradona’ Boca kit, the Argentinian genius only strutted his stuff for the club for one season before his move to Barcelona, what a shirt he got to play in.

Together, the club secured the Argentinian league title – the only one Maradona won in his home country – while sporting this fantastic retro blue and yellow strip.

Distinctive yet still fairly simplistic, the German ‘ribbon’ from the late 1980s is one of the coolest and most beloved shirts in the game. Plenty of kits in this era had a certain niche about them, but none quite matched the appeal of this one.

The shirt will go down in folklore not only for its trendy design, but for being the kit worn when West Germany won their third World Cup at Italia ’90; their final game before joining with East Germany and becoming simply ‘Germany’ again.

What else could it have been?

The football shirt everybody knew they shouldn’t have liked, Nigeria succeeded where so many have failed – they made a kit that was so busy, so bright, so colourful, yet so brilliant.

Unfortunately, they may have easily won best kit of the tournament, but weren’t as successful on the pitch, falling at the first hurdle as they came third in their group.

But its dazzling white-and-green shirt become an iconic World Cup kit last summer almost from the moment they kicked their first ball in the Russian tournament, capturing the imagination of the millions watching on.

Like VAR, penalty kicks, and Germany being uncharacteristically rubbish, the shirt will forever be synonymous with the 2018 World Cup.