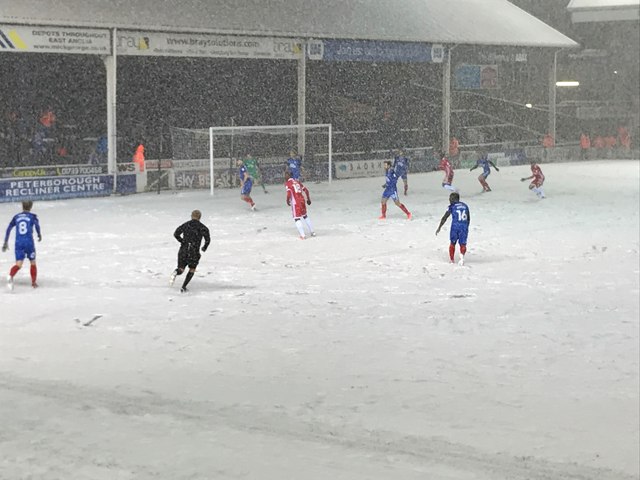 Even though it’s typically when the league table has settled down and the cold snap of winter sets in that the manager’s seat becomes increasingly warm, it still seems particularly brutal to put them out of work on Christmas.

But no sympathy was felt for these poor five bosses, who were all put out of work either on, or around December 25 itself:

Sheffield born and bred, former striker Derek Dooley MBE took over the reins at Wednesday in 1971, the club he had scored an incredible 62 goals in 61 games for from 1947 to 1953. He could probably have scored many more, too, had he not needed an amputation of one of his legs following a horrible collision with Preston goalkeeper George Thompson during a match.

Anyway, Dooley became manager at Hillsborough in January 1971, initially presiding over a stuttering season before an improved campaign saw them finish tenth in the Second Division in 1972-73.

But a poor start to the following year was compounded by a virus affecting 16 players between September and November, as well as the resignations of the chairman and vice-chairman in early December. Despite a slight upturn in results, Dooley was sacked on Christmas Eve of 1973. He was reportedly extremely bitter about the decision, taking him almost 20 years before he could return to Hillsborough again.

In both his second spell as Chelsea boss and in his time at Manchester United, José Mourinho was sacked a week before the big day. Which may seem harsh enough, but doesn’t compare to the fate his father suffered in 1984.

Félix Mourinho, a former Portuguese goalkeeper who represented Vitória Setúbal, Belenenses and, on one occasion, the national team, returned to manage Rio Ave in 1983, the club had sacked him just a year earlier.

And a bad run in late 1984 put Mourinho senior on the brink again, before he was put out of his misery in rather heartless fashion on Christmas Day itself.

“On Christmas Day, the telephone rang and he was sacked in the middle of our lunch. So I know all about the ups and downs of football, I know that one day I will be sacked.” Indeed you were, José.

Among the shortest managerial reigns in Premier League history is that of Les Reed at Charlton Athletic. His only stint in the hot seat to-date, Reed lasted just 41 days as the Addicks’ number one.

Initially appointed in the summer of 2006 as assistant to new boss Iain Dowie, Reed found himself promoted the following November after Dowie’s disastrous tenure was ended after just 15 games. Things didn’t get much better under Reed, though, as he presided over just one win and a League Cup defeat by League Two side Wycombe Wanderers.

Nicknamed ‘Les Misérables’ and ‘Santa Clueless’, Reed was relieved of his duties on Christmas Eve and immediately replaced by Alan Pardew, who was unable to prevent Charlton’s slide into the Championship that season.

Similarly short and not so sweet was Bob Bradley’s ill-fated time as Swansea City manager in late December; a man who became the first American manager in the Premier League but was gone again before you knew it.

Bradley lost seven of his 11 games in charge of Swansea following his appointment on October 3, 2016, conceding 29 goals and dropping into the relegation zone during that time. A hectic 5-4 win over Crystal Palace in late November, their first league victory since the opening day, and a 3-0 victory over hapless Sunderland proved the only real highlights in a miserable spell.

After a 4-1 home defeat to West Ham United on Boxing Day, during which Swansea fans chanted for Bradley’s dismissal, they got their way the following day, when the American’s departure from the club after merely 85 days in the job.

Another ex-Swansea manager found himself put out of work at a similar time a year late when Carlos Carvalhal, like Derek Dooley, left Sheffield Wednesday at Christmas.

Following two failed Championship play-off campaigns in as many seasons, Carvalhal’s third year in charge of the Owls proved to be his last. A 2-1 home defeat to Middlesbrough on December 23 also saw Boro sack then-manager and future Wednesday boss Garry Monk that same night, while Carvalhal would be relieved of his duties at Hillsborough on Christmas Eve, with the club in 15th.

He wouldn’t be looking for a job for long, though – four days later, he turned up at Swansea to replace Paul Clement, but was unable to stave off the threat of relegation at the Liberty Stadium and left the club following the end of the 2017-18 campaign.