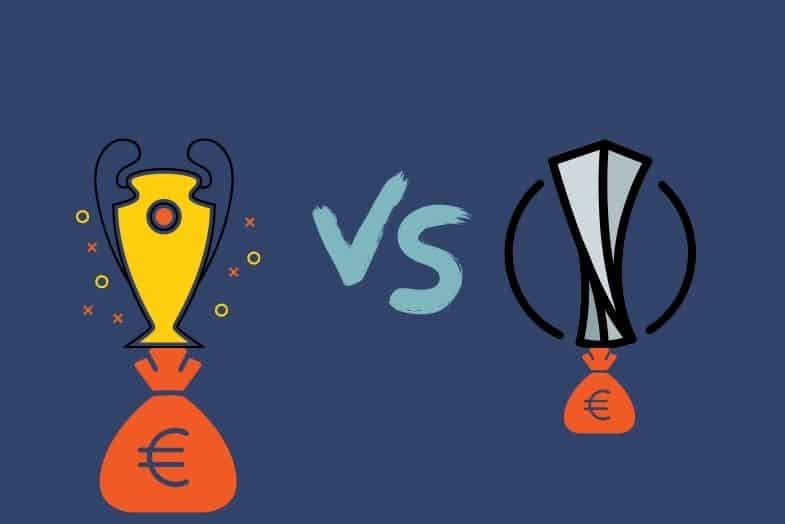 When it comes to club football, the UEFA Champions League has always been the ultimate prize. It is considered by far the most prestigious yearly tournament in the sport, looming its great shadow over all other continental competitions.

Unfortunately for the Europa League, it has often been mocked and belittled by fans and observers alike. Some call it the ‘Champions League’s ugly sister’ while others label it the ‘Mickey Mouse Cup’, as the European governing body of football has failed to generate interest in the competition since its inception, and rebranding it in 2009 had done very little to change the situation.

The fact that matters is that the Europa League remains is a secondary competition by nature that is made of clubs who were hoping to feature in the Champions League.

However, the gulf between the two tournaments is widened due to the enormous difference in terms of the revenues in each competition.

So how much do clubs make by participating in the Europa League? And what about those who take part in the Champions League?

Reminiscent to most tournaments, Europa League participants earn more in prize money with every new round. Each group stage team receives 3.63 million euros as a start. For every win in the group stage, the club earns 630,000 euros, while each side garners 210,000 for a draw.

In the table below, we’ll show you how much a club earns by advancing for every round. The winner’s total amount in prize money could reach €23.4 million.

However, we should also note that prize money isn’t the sole source of income for Europa League participants, even if it’s the most significant.

According to UEFA, a total of 465 million euros will be distributed amongst the clubs who are taking part in the 2021/22 edition as TV money. This amount is distributed between the participants based on several factors, including the amounts paid by each country for broadcasting rights and how far each club goes in the competition.

Moreover, a total of 69.75 million euros are distributed based on each club’s coefficient (which is calculated based on the teams’ results in European competition throughout the past ten years). The team with the lowest coefficient (32nd) receives one share, which is worth 132,000 euros. An additional share is added with every higher ranking, meaning that the top-rated club would receive 32 shares (or €4,2 million).

Finally, each side would be able to make extra cash from matchday money when hosting a home fixture. This includes box office money, as well as food and drink sales. This figure differs with each club and varies based on the importance of each fixture.

Similarly to the Europa League, the further a club goes in the Champions League, the more prize money it earns. But as one would notice from the table below, the figures are significantly higher than those allocated by UEL. For instance, winning a group stage match is worth 2.8 million euros, while a draw garners 930,000 euros for each side.

As we mentioned in another SQaF study, the Champions League winner can receive a maximum total of 85.1 million euros (by winning all group stage matches).

In addition to prize money, a total of €300.3 million is distributed between all 32 UCL participants as TV money. Each side receives a share based on the broadcasting rights paid by his country and how far the club went in the competition.

Similarly to the Europa League, the Champions League participants also receive coefficient-based amounts, with a total of €600.6 million distributed among the clubs based on a ranking determined by their results in European competition in the last ten years.

The lowest ranked side receives a single share (worth €1.137 million) with an extra share allocated with every higher ranking. The top ranked club (currently Real Madrid) receives 36.38 million euros solely from coefficient-based amounts.

How Much is Europa League Qualification Worth?

Reaching the Europa League group stage ensures the club an amount of 3.63 million euros in prize money. We should also add the coefficient-based payment which is worth at least 132,000 euros as well as TV money and other streams of income, including matchday revenues.

The figures mentioned above are obviously the minimal, as the participant can gain much more in prize money with every win and by advancing to the knockout stages.

How Much is Champions League Qualification Worth?

Qualifying to the Champions League group stage is enough to guarantee the club an amount of 15.64 million euros on prize money alone. Moreover, participants earn additional revenue from TV money as well coefficient-based amounts worth €1.137 million at the very least.

In the table below, we’ll compare the prize money earned in every stage of the competition between the Champions League and the Europa League.

As we can easily conclude, the Champions League operates on a whole different level when it comes to prize money.

Let’s also compare the total money amounts distributed by both competitions for its participants in the form of prize money, TV money or coefficient-based amounts.