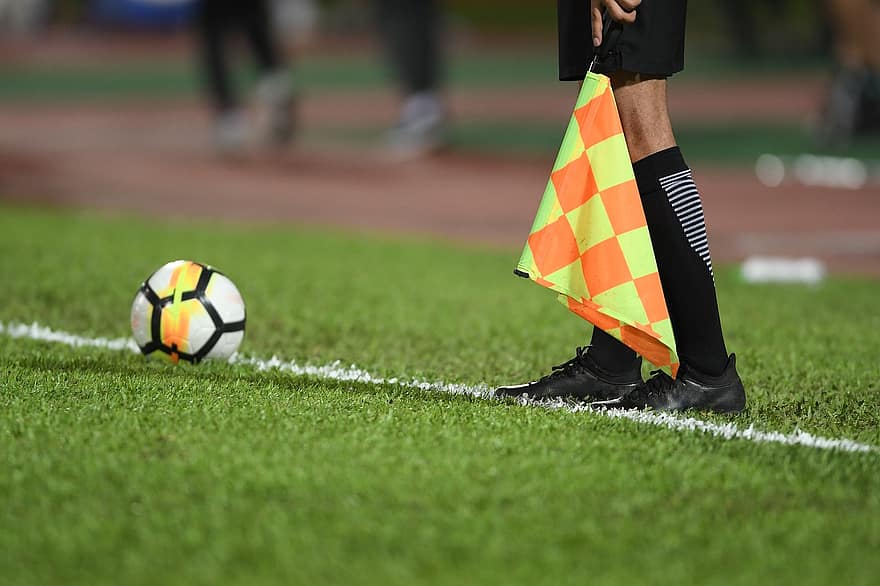 It’s been the source of many spectators’ headaches for years, and now only seems to have exacerbated the confusion with the introduction of VAR.

We now live in an age of vertical and horizontal imaginary lines, of stray armpits and toes preventing goals from standing, of goals and games being at the mercy of a man in a room in West London.

But the offside rule and its plethora of grey areas had been a mystery to many football fans long before the rise of machines, so here we’ll do our best to explain and clarify the basics.

Let’s take a look at some of the offside rules which seem to be less common knowledge in the game:

A player is offside if any of their body parts that they can score with (thus excluding hands and arms) are in the opponents’ half of the pitch, and closer to the opponents’ goal line than both the ball and the second-last opponent (usually, but not always, the goalkeeper).

That’s from the Law 11 in the FA’s official Laws of the Game.

To be flagged offside in a football match is not a yellow or red card offence, but will see the referee stop play and award the opposition an indirect free kick.

Can You Be Offside from a Goal Kick?

No. There is no offside offence if a player receives the ball directly from a goal kick, no matter what position they take up on the pitch at the time.

This has been the case since the FA laws were first introduced in 1863. In fact, the ‘strict’ offside law used in 1863 meant that every player on the attacking side would automatically have been in an offside position from a goal kick, since it had to be taken from the goal line.

Can You Be Offside from a Throw-In?

No. This one appears to be more common knowledge among football fans, but there is also no offside offence if a player receives the ball directly from their own team’s throw-in.

Under 1863’s original laws, you couldn’t be offside from a throw-in, but since the ball was required to be thrown in at right-angles to the touch-line, it would have been hard for a player to gain much of an advantage by being ahead of the ball.

The throw-in law changed in 1877 to allow the ball to be thrown in any direction. The following year, a new rule allowed a player to be offside from a throw-in.

But this changed again in 1920, when the law was amended so that, once again, a player couldn’t be offside from a throw-in.

Can You Be Offside from a Corner?

No. This is the third and final main exemption from the offside rule – if your team-mate whips in a corner, you cannot be in an offside position, irrespective of where you’re stood.

When first introduced in 1872, a corner had to be taken from the corner flag itself, thus making it impossible for an attacker to be in an offside position (since the corner flag is on the goal-line).

That changed two years later, when corners were allowed to be taken up to one yard from the corner-flag, which in turn made it possible to stand in an offside position from them.

But at the International Football Conference in December 1882, it was agreed that a player should not be offside from a corner, and this was written into the Laws of the Game the following year.

As well as these, there are two other scenarios in which you cannot be offside: when you receive the ball in your team’s own half of the pitch, and when the ball is already further down the field than you are (so the pass is technically backwards).

Allow this video to show the incorrect use of offside with regards to being in your own half:

And for the second exemption, look at this iconic goal for Chelsea against Liverpool in 2014, with Willian and Fernando Torres bearing down on goal (and added José Mourinho theatrics thrown in, too):

It is also not an offence to be offside when not interfering with play, either directly or indirectly (e.g. deliberately standing in an offside position while attempting to block the opposition goalkeeper’s view).

So, if you’re stood in an offside position but have no involvement in the play at all – because the ball is at the other end of the pitch, for instance – there’s no need for the referee to award the opposition an indirect free kick.

What does offside mean in football?

Offside in football means you have any body part you can score a goal with (i.e. not arms or hands) past the last outfield opposition player in the opponent’s half.

When did the offside rule come in?

The offside rule initially came into effect in 1863, following the recent formation of the Football Association (FA), who introduced the Laws of the Game for the very first time.

Before then, the first published set of laws of any code of football (Rugby School, 1845), stated that a player is ‘off his side if the ball has touched one of his own side behind him, until the other side touch it’. The player in question was prevented from kicking the ball, touching the ball down, or interfering with an opponent.

Similar variations of this rule were replicated across English schools and universities before 1863, but many independent football clubs pre-1860 tended to lack offside laws altogether.

In the Sheffield game, for instance, players known as ‘kick-throughs’ would be positioned permanently near the opponents’ goal. A 19th-century goal-hanger, if you will.

When can you not be offside in football?

When inside your own half, when receiving the ball from a goal kick, corner kick or throw-in, or when not interfering with play despite standing beyond the last outfield opposition player.

One thought on “Can You Be Offside from a Goal Kick or Throw-In? [EXPLAINED]”