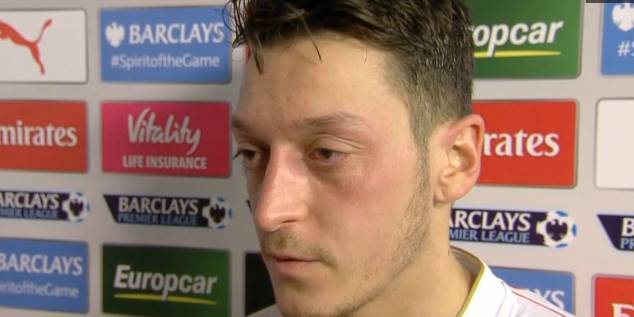 Back in the day, if a footballer had a night letting his hair down, nobody would bat an eyelid. Not so anymore. Just ask Wayne Rooney.

The media storm that Rooney became embroiled in after being pictured the worse for wear allegedly gatecrashing a wedding party in 2016 rather epitomised the prism with which we view elite footballers nowadays. They are not just athletes, they are role models, paragons of virtue.

Indeed, Ron Atkinson summed it up best when saying in the aftermath that the sport is “still very much the same” at least in this regard as it was in the early 1980s. There’s just a far greater microscope on these people now.

Rooney’s not alone in being vilified. Wojciech Szczesny was kicked from pillar to post during his time at Arsenal for smoking in the dressing room at half-time of a 2-0 defeat at Southampton. Joey Barton was disgraced for being charged with placing more than 1,000 bets. Not to mention the countless footballers who have found themselves grappling with alcoholism both during and after their careers.

But what are the boundaries on these areas and more for these members of society? Are footballers allowed a drink and a bet? Do the regulations become stricter further up the pyramid? Can Premier League players smoke weed, for instance? All of this and more we’ll explore below:

In places where it’s legal (e.g. Amsterdam, Canada), then yes. It’s just not encouraged, obviously. But where recreational marijuana has been criminalised (e.g. United Kingdom, 11 US states including Seattle), then no, of course.

That’s not to stay it’s stopped them all, though. Roberto Mancini once confessed on Italian television to smoking cannabis while Lazio manager, and Crystal Palace striker Chris Armstrong became the first Premier League player to fail a drugs test when he tested positive for marijuana in March 1995. He suffered a four-match ban and underwent a rehabilitation program.

Even that doesn’t compare, though, to the likes of Wilder Medina, the former Colombian striker who tested positive for cannabis on at least four occasions during his career, and Gino Coutinho, a Dutch goalkeeper who was jailed in 2011 for having owned a major weed farm containing more than 4,2000 marijuana plants.

Again, it’s frowned upon given the patent health risks, but it’s not prohibited.

There are plenty who have been seen smoking, in fact. Not just the aforementioned Szczesny and Rooney, but Jack Wilshere, Ashley Cole and Radja Nainggolan, who has insisted players should be allowed to smoke. “I always make sure he gets a room with a balcony, so he does not set off the smoke alarm,” then-Belgium manager Marc Wilmots said of him during Euro 2016.

But perhaps the most prevalent recent example of this in football is Mario Balotelli, who has been accused of smoking at all sorts of places, including inside Liverpool’s training ground and in a train toilet in Italy. Mancini said of him while his manager at Manchester City: “If he were my son, I would give him a kick up the arse.”

Of course – I mean, did you see Richard Stearman at Sheffield United’s Premier League promotion party in 2019? And in an era where the alcohol industry’s biggest players are plastered over countless teams’ shirts, it can be almost impossible to avoid.

Given it can affect your reactions as well as generally be a debilitating effect on your health, though, it’s obviously not good for a footballer. Jamie Carragher, for instance, wrote in his autobiography that he never kept a drop of booze in his house during his playing career. The way in which alcoholism destroyed the life of such a glistening footballer in George Best stands as another case in point.

Though, not everyone is so put off by it. Jamie Vardy, for instance, has previously revealed he has often drank port out of a Lucozade bottle to help him sleep, as well as mixing Skittles with a bottle of vodka (though he admits that one was probably more detrimental than he realised at the time).

Can Footballers Bet On Football?

Certainly not on a match that they or their team are involved in.

In England, the Football Association’s betting guidelines state: “no participant can bet on a match or competition in which they are involved that season, or which they can influence, or any other football-related matter concerning the league that they play in. Participants are also prohibited from using or passing inside information for betting. These are the only participants who will not be subject to the worldwide ban.”

That said, the Professional Footballers’ Association goes even further and says: “Put simply the main message for players is: you are not allowed to place ANY bet on ANY football, ANYWHERE.

“It also means you cannot bet on any other football matter, worldwide – for example, who the next manager of a La Liga club will be.”

Players who ignore these rules risk being found guilty of match-fixing – an offence taken extremely seriously in the football world.

Despite this, we know it remains a wide-scale problem in the game. Italy has long been rife with it, not least when 16 people were arrested in 2011 over allegations concerning 18 matches, and Juventus were relegated, stripped of their 2005 Serie A title and docked nine points over the 2006 scandal of selecting favourable referees.

Soon after the previously-mentioned Barton received a 13-month ban in April 2017 for his offences, he also suggested as many as half of all footballers were breaking FA betting rules.

Can Footballers Bet On Horse Racing?

Yes; the footballing authorities are obviously much more lenient towards this given it doesn’t affect their own sport.

Despite this, there have been controversies before; in 2012, three footballers including former Sunderland and Ipswich striker Michael Chopra were charged by the British Horseracing Authority over an investigation into ‘suspicious betting activity’. The charges related to betting on horses to lose on betting exchanges.

For the most part, though, it’s not been a problem. In truth, stories of footballers disgracing themselves at horse racing events more recently focused around the sight of MK Dons’ Samir Carruthers and Northampton’s James Collins urinating into pint glasses at Cheltenham, earning them lifetime bans. Don’t be that guy, at least.

Yes. Ibuprofen is a non-steroidal anti-inflammatory drugs (NSAID), of which can be prescribed or bought over the counter at a pharmacy.

Essentially, it’s a painkiller, so many footballers will take it before a match as a precaution. So commonly, in fact, that former Borussia Dortmund defender Neven Subotic described them as often being ‘handed out like Smarties’.

Meanwhile, FIFA’s former chief medical officer Jiri Dvorak said in 2017 that roughly half the of players competing at the three previous World Cups routinely took NSAIDs like ibuprofen. Whether they should be considered ‘performance-enhancing’ is another matter, but for now, they’re perfectly fine to take as a professional footballer.