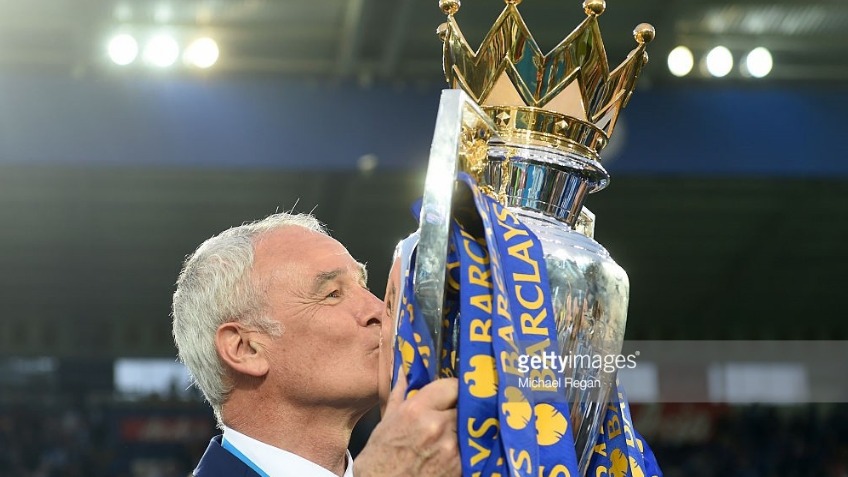 With the Premier League’s ‘big six’ seeming to solidify itself even further year on year, teams who have broken in to the highest echelon of the table are becoming more and more of an anomaly.

Here are five teams that went against all football logic and forgot where they stand in the Premier League hierarchy:

Where else can you start other than the 5000-1 champions?

On March 21, 2015, Leicester City were seven points adrift of safety with nine games to go. From then on, they produced title-winning form, not only to stay in the league that year, but to literally win the title itself the following season.

From the monstrous presence between the sticks of Kasper Schmeichel, the impenetrable Wes Morgan and Robert Huth at centre-half, the tireless N’Golo Kanté and Danny Drinkwater, the vivacious Riyad Mahrez, to the clinical Jamie Vardy, this was a team that had a bit of everything but, above all, had heart in abundance.

And they didn’t just win the league under Ranieri – they won it in style; runners-up Arsenal – one of just two teams to beat Leicester in the Premier League – finished ten points behind them. Dilly ding dilly dong, indeed.

Believe it or not, there was a time, long ago, when Norwich City came excruciatingly close to reaching the same feat as Leicester.

In the inaugural Premier League season, the Canaries led the way for most of the campaign, and were even eight points clear shortly after Christmas, only for Mike Walker’s team to fall at the final hurdles and finish third.

But it was still an amazing year for Norwich, especially considering they finished 18th the season before were tipped by many as relegation favourites and lost their star striker, Robert Fleck, to Chelsea for £2.1 million, and Walker was promoted from youth team manager; his only previous experience as a number one coming six years earlier with Colchester United.

A 4-2 opening-day win at Arsenal, having been two down at half-time, set the tone for a fantastic campaign which also included a 7-1 thumping of Blackburn Rovers, and they would beat Bayern Munich 2-1 in the UEFA Cup the following year, too.

From one end of the Premier League table to the other in a season. Everton Football Club, ladies and gentlemen.

Having avoided relegation by one place and six points in David Moyes’ first full campaign at the helm, little more than merely surviving again was anticipated in his second year. How he and his team proved the doubters wrong.

Everton weren’t always great to watch in 2004-05 (as the goal difference of -1 suggests), but they had resilience in abundance – hence the number of one-goal victories – which counted for more than anything else in the end, as they reached the Champions League.

Unfortunately, as talented as players like Tim Cahill, Mikel Arteta and Nigel Martyn were, the Blues would be knocked out of Europe’s elite competition at the final knockout stage, when they were beaten in controversial circumstances by eventual semi-finalists Villarreal.

Sam Allardyce may be regarded as the Premier League’s perennial firefighter, but for a period of his eight-year spell at Bolton, he threatened the league’s elite, too.

And never did he come closer than in 2004-05 when the Trotters finished sixth, just three points behind Everton in fourth, thanks in no small part to now-iconic Bolton players like Gary Speed, Kevin Nolan Stelios Giannakopoulos, Jay-Jay Okocha, Kevin Davies, Ivan Campo and Jussi Jääskeläinen.

Season highlights included a six-game winning run in the Premier League, including triumphs over Arsenal and Tottenham, and a draw away at runaway champions Chelsea.

How those days of upsetting the top-flight apple cart, before UEFA Cup victories over Atletico Madrid and draws at Bayern Munich, must feel like an eternity ago for Wanderers fans now, with their side struggling at the foot of League One.

Just two seasons earlier, Newcastle were competing in the Championship, on the back of a disastrous campaign comprising ignominious relegation and four different managers.

But, only if for one season, they wonderful, as Alan Pardew built on a 12th-placed finish to take fifth place in his first full campaign at the helm.

For a while, they looked a good bet for a Champions League place; indeed, in early November, they were third. And though that dream never became reality, they only fell short by one place and four points (although sixth-placed Chelsea’s Champions League success in Munich meant they took the fourth qualifying spot, anyway).

With Yohan Cabaye dictating play in midfield, Hatem Ben Arfa adding verve and guile on the wing and Demba Ba and Papiss Cisse (remember his stunning two goals in that win at Chelsea?) scoring for fun, Newcastle were a pleasure to watch.

After that, though, things became more arduous. Pardew was awarded manager of the year and a staggering eight-year contract, but Newcastle struggled the following campaign, despite making a good fist of the Europa League. An unpopular appointment in the first place, the bond between him and the fans never really recovered before he left for Crystal Palace in January 2015.