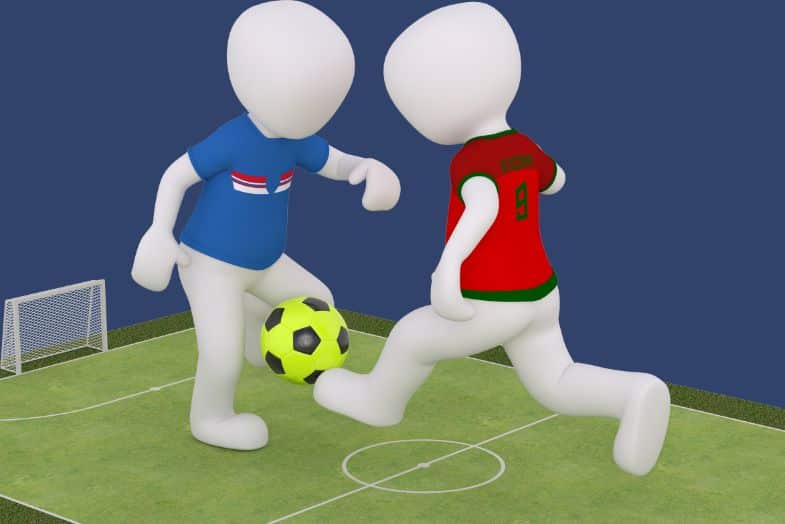 While local derbies and crosstown rivalries are always a treat in club football, there’s nothing quite like a heated international contest between two nations with no love lost between them.

Listening to the national anthems prior to the contest can send shivers down the player’s spine, and even grab the attention and fascination of the most casual supporter.

So what are the biggest international football rivalries?

While the options are endless, we’ll try to pick out the five most intense affairs.

Some believe that the United Kingdom should be represented by one unified national team. But in such a scenario, we would miss out on some of the most compelling rivalries that marked the early beginnings of the sport in the late 19th century between England, Wales, Scotland and Ireland.

But it’s the contest between the English and their northern neighbours which is often identified as the oldest rivalry in international football. Even though its importance somewhat declined in recent decades due to the ever-growing gap in quality between the two British sides, its historical symbolism is enough to warrant a place on this list.

The Germans have plenty of rivals on both the European and international stages. Italy, France, Brazil, England and France are only some of the nations who consider Die Mannschaft an eternal nemesis. Yet, it’s the Dutch who would arguably win a contest to determine Germany’s most hated rivals.

Ahead of the 1974 World Cup final, Johan Cruyff and company were the heavy favorites. The Total Football revolutionists weren’t only out there to lift their maiden trophy, but also to embarrass the West Germans on their own turf in Munich.

Nonetheless, Gerd Müller and and his teammates stunned the “cocky” Oranje, causing an upset that an entire nation hasn’t fully swallowed until this very day.

Diego Armando Maradona is arguably the most famous footballer who ever lived. Coincidentally, only four minutes separated between his two most famous goals – the “Hand of God” and the “Goal of the Century”. The first showcased the gamesmanship and shrewdness of the controversial icon, while the second depicted his unparalleled genius and extraordinary dribbling skills.

While the rest of the world celebrated what they had just witnessed, the sorrowful English were left to rue their luck and curse Maradona’s name. This historic match only came to further fuel the tension between the two nations who were embroiled in the Falklands War at the time.

More than a decade later, The South Americans once again reverted to the dark arts of deceiving to knock the Three Lions out of the 1998 World Cup. This time, it was Diego Simeone who got under the skin of David Beckham and then added some play-acting, which culminated in a red card for the popular figure.

Nonetheless, the Manchester United legend would then get his revenge four years later by scoring the winner from spot, which ultimately resulted in an embarrassing first round elimination for the Argentines.

Despite having great many things in common, the Italians and the French share a well-documented rivalry. Between 1998 and 2000, Les Bleus enjoyed their golden age, winning the World Cup at home, before lifting the European Championship two years later. However, both achievements came at the expense of Italian heartbreaks – especially David Trezeguet’s shocking golden goal in the final of Euro 2000.

Add the stunning action of the World Cup 2006 to the mix, including the infamous Zinedine Zidane headbutt and the Azzurri’s penalty shootout vengeance, and you get one of the most thrilling rivalries on the international stage.

While some may label football players as greedy and overpaid athletes, money is surely the last thing on the player’s mind when he’s taking part in the Superclásico de las Américas.

When it comes to these two superpowers, the world is not big enough to host them let alone the South American content. Despite being neighbours, these two nations have few things in common away from the unconditional love to the Beautiful Game.

While most Argentines adopt hard-working antics and would always leave it all on the pitch, the Brazilians are renowned for their light-hearted, easy-on-the-eye approach.

Thanks to their geographical locations, the two rivals collide on a continuous basis – whether during the World Cup qualifiers or the Copa America – with South American supremacy and bragging rights always at stake.