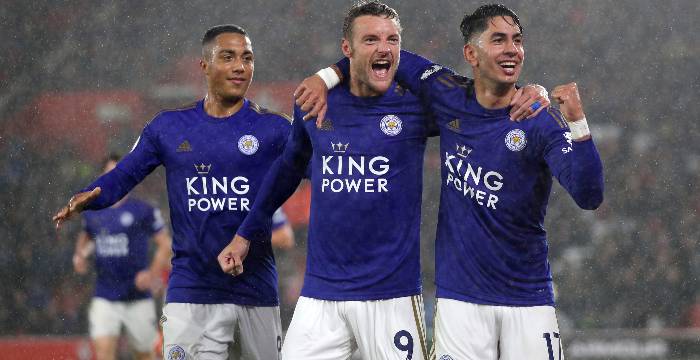 The Premier League never fails to serve up a good, old-fashioned trouncing. From the rout in the rain at Southampton, to the hat-trick of Sunderland own goals, to the overly charitable 2009-10 Wigan defence, England’s top-flight is synonymous with such drubbings by now.

To this day, no Premier League side has managed to surpass the record for biggest Premier League win set by Sir Alex Ferguson’s Red Devils, when they put nine without reply past an Ipswich side who had themselves beat United 3-2 in the reverse fixture that season.

Though, this result was far more indicative of Ipswich’s miserable season, which saw them register just seven wins and finish bottom of the league, 21 points adrift of safety. Relegated from the Premier League, worst defeat in its history to their name – not a great season, all told.

Andy Cole helped himself to five goals, Mark Hughes bagged a brace while Roy Keane and Paul Ince also got in the act, netting against an Ipswich goalkeeper in Craig Forrest who would return to Old Trafford five years later with West Ham and ship seven.

By the end, United fans could be heard signing “we want ten”, with the Ipswich supporters offering the good-natured response of “we want one.” Ferguson, who had won 8-0 twice before as Aberdeen manager, said later: “That was as near as perfection as you can get. The performance superseded the number of goals scored.”

It would not be United’s title that year, though, missing out by a point that the much less-fancied Blackburn Rovers.

In fact, United’s nine-goal margin stood alone as the Premier League’s best for more than 24-and-a-half years, until Leicester City turned up at a rain-soaked St. Mary’s on a Friday night in October 2019.

A 5-0 scoreline at half-time was understandably taken by many Saints fans as their cue to exit, and it would only worsen after the break. Ayoze Perez and Jamie Vardy both ended up with hat-tricks, with a goal each for Ben Chilwell, Youri Tielemans and James Maddison too.

Looking certainties for relegation from the Premier League already, ‘heaviest defeat at home in the the competition’s history’ could easily have proved the last straw for Saints boss Ralph Hasenhuttl. But Southampton stuck by him and it paid dividends. Not only he mastermind a commendable 2-1 win at Leicester in January’s reverse fixture, he oversaw a remarkable upturn in form to guide the Saints to an impressive finish of 11th place.

The Leicester freight train would go off-track as the campaign wore on, though, and having looked a shoo-in for a Champions League place that night, if not for a title challenge, they ended up fifth and missed out on a return to Europe’s elite competition. Still, at least they have the biggest Premier League away win to their name.

To some extent, that Leicester battering may have felt like a taste of their own medicine for Southampton’s fans. Almost five years earlier to the day, they were two shy of the biggest win in Premier League history against Gus Poyet’s Sunderland.

A comical own goal saw Santiago Vergini volley past his own helpless goalkeeper, Vito Mannone, to give Ronald Koeman’s men the lead early on, in a rout that was book-ended by own goals having been finished off by Patrick van Aanholt also scoring in the wrong end late on.

In-between those two moments of misfortune came another own goal, too, this time from Liam Bridcutt, as well as Saints strikes from Graziano Pelle (twice), Jack Cork, Dusan Tadic and Victor Wanyama.

That bruising win for Southampton saw them rise to third in the early days of Koeman’s reign, while the equally-stunned Poyet saw his side slip to 17th.

But as the Saints managed against Leicester, Sunderland did exact revenge later in the season. Poyet’s replacement Dick Advocaat led them to a 2-1 home victory over Koeman’s men, who finished seventh, in a vital win in their umpteenth great escape.

Not all eight-goal victories in the Premier League have finished 8-0, though. The third and final club to have netted nine in one match is Tottenham, when they destroyed Roberto Martinez’s Wigan 9-1 in November 2009 in another of the Premier League’s biggest wins.

Incredibly, an early Peter Crouch header was the only goal of the first half, but it was not long into the second half before Spurs were running riot.

Jermain Defoe hit a stunning seven-minute hat-trick which was briefly interrupted by a Paul Scharner consolation, but neither he nor Spurs were content with stopping there. By the end, the former England striker had five of his own, with Aaron Lennon, David Bentley and Niko Kranjcar also chipping in.

It was one of the highlights in a memorable 2009-10 campaign for Spurs, who finished fourth under Harry Redknapp and in doing so qualified for Europe’s most prestigious competition for the first time since 1962.

As for Wigan, they would again survive in Martinez’s first year at the helm, but not before another beating…

Yes; in the same season they went down 9-1 at Spurs, the Latics suffered a second eight-goal defeat at the hands of Chelsea, who clinched the title with this final-day drubbing.

The three points Carlo Ancelotti’s men needed never looked in doubt from the moment Nicolas Anelka put them in front inside the first ten minutes – and this was a side who had hammered Stoke City 7-0 in their previous home game and who finished the season with 103 league goals.

Anelka bagged a brace that day and was joined on the scoresheet by hat-trick hero Didier Drogba, Frank Lampard, Salomon Kalou and Ashley Cole. Chelsea would secure a league and FA Cup double a week later with a Wembley win over Portsmouth, too.

Martinez’s Wigan ended the season 16th with a pitiful goal difference of -42, though their defence was not the leakiest that season; they may have let in a dreadful 79, but relegated Hull surpassed that with 82.

Villa had endured a tough start to the campaign, with Lambert blooding many new youngsters in his own first year in charge, and plans looked to be coming to fruition with a stunning 3-1 win at Liverpool a week prior. This, though, was the total antithesis.

Within three minutes, Villa were behind to a Chelsea side under new management in the much-maligned Rafa Benitez. Fernando Torres started the rout, David Luiz, Branislav Ivanovic, Frank Lampard, Oscar, Eden Hazard and Ramires (twice) continued it.

It remains the only Premier League game that has seen seven players from the same team score, and it could have been eight different team-mates had poor Brad Guzan not saved youngster Lucas Piazon’s penalty.

Villa got their act together to beat the drop, but only just – and not until they had followed this humiliation up with 4-0 and 3-0 consecutive home defeats to Tottenham and Wigan respectively.

A dreadful start to the 1999-00 campaign for Newcastle, comprising four defeats from their first five games, Ruud Gullit resigned, and in his place soon returned Bobby Robson.

And despite two false starts away from home, his first game back at St. James’ Park proved truly unforgettable. Alan Shearer netted five, while Aaron Hughes, Kieron Dyer and Gary Speed were also on target in a total annihilation of Sheffield Wednesday, who would be relegated that term under first Danny Wilson and later caretaker Peter Shreeves after Wilson’s sacking in March.

As for the Toon Army, Robson would steer them clear of any trouble despite their woeful start and lead them to, at least under the circumstances, a fairly respectable 11th-placed finish.

It wouldn’t be a list of goal gluts without a mention for Pep Guardiola’s Manchester City, would it?

From literally the first minute here, City took Watford apart, as David Silva set the tone for a total demolition job with the opening goal inside 52 seconds in what would go on to be City’s biggest top-flight win in their history.

By 18 minutes, it was already 5-0; the fastest any side has reached such a lead in Premier League history. By full time, it was eight, thanks to further goals from Bernardo Silva (hat-trick), Sergio Aguero, Nicolas Otamendi and Kevin de Bruyne.

Returning Watford boss Quique Sanchez Flores, who would last less than three months back in the job, understandably issued a heartfelt apology to supporters afterwards. One of four Hornets managers in 2019-20, it epitomised a chaotic season which saw them relegated with little sympathy from afar.

Watford’s wretched run against City is also quite something – at time of writing, they have lost their last 13 matches against them, with a remarkable aggregate score of Manchester City 50-6 Watford.

The days of watching scintillating football from some of the world’s most gifted and coveted players on a weekly basis must feel a world away from the 2007-08 final day for City fans, when they were dismantled 8-1 by Gareth Southgate’s Middlesbrough.

In Sven-Goran Eriksson’s only year in charge, City began the campaign wonderfully, and reached as high as third in November. But a post-Christmas nosedive meant the writing already looked on the wall for the Swede before this last hurrah.

Afonso Alves – remember him? – netted a hat-trick, Stewart Downing helped himself to two, while future City player Adam Johnson, Fabio Rochemback (courtesy of a stunning free-kick) and Jeremie Aliadiere all joined them on the scoresheet in the last 20 minutes.

Elano’s own pearler of a free-kick was scant consolation for a bruised City side who finished ninth, and then-owner Thaksin Shinawatra saw fit to then dispense with Eriksson’s services.

Perhaps unsurprisingly, the only member of City’s 18-man squad that day to still be at the club when they first won the Premier League in 2012 was Joe Hart, an unused substitute.

If Manchester City know what it’s like to be on the wrong side of an 8-1 thrashing, their nearest neighbours have certainly enjoyed the sensation of being on the right side of it.

In arguably their greatest season under Ferguson, winning an unprecedented treble, United swept Nottingham Forest aside with embarrassing ease here to record what is still the biggest away win at the City Ground.

Dwight Yorke started the rout after two minutes, but not long before Alan Rogers levelled the score. Indeed, at half-time, United were only 2-1 ahead, courtesy of Andy Cole.

And with ten minutes left, it was just 4-1, thanks to another goal each from Yorke and Cole. Enter substitute Ole Gunnar Solskjaer and his four strikes in a 20-minute cameo role.

Forest were relegated under Ron Atkinson that term and have yet to return to the top-flight, while in stark contrast, United won the league, FA Cup and Champions League.