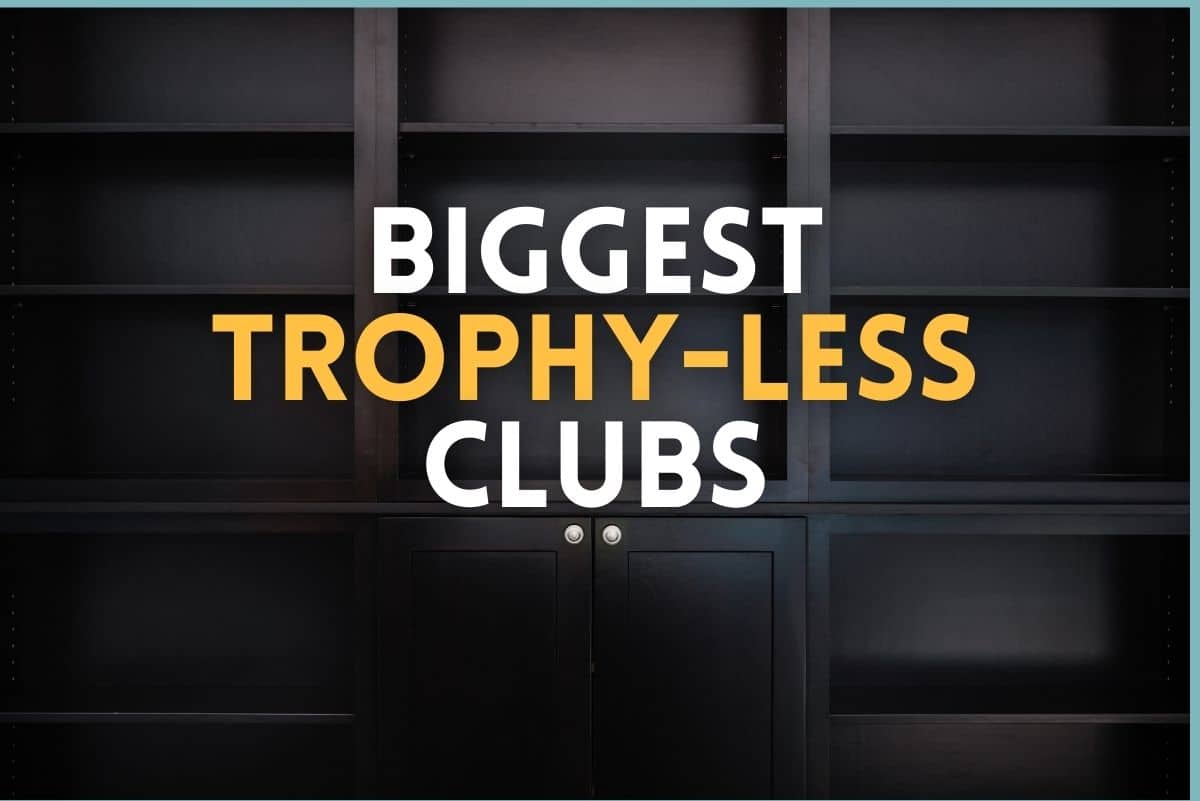 “Some people think football is a matter of life and death. I can assure them it’s more important than that.”

The immortal words of Bill Shankly, Liverpool managerial legend and serial winner. To many fans, football is all about winning, and nothing else matters. And some clubs over the years have been good enough, or lucky enough, to lift silverware on a regular basis.

What Clubs Have Never Won a Trophy?

There are many clubs that have never won a trophy – after all, in English football, a “major” trophy means the top-flight league title, the FA Cup or the League Cup, so there aren’t many to go around.

Of course, the three UEFA competitions are classed as major trophies as well, but all in all, there aren’t many trophies to win each season.

This means that of the 92 clubs in England’s league system, the majority have never lifted a major trophy.

Premier League semi-regulars Fulham was formed in 1879, but during its long history the club has never won a major trophy.

The side were runners up in the FA Cup in 1975, losing out to West Ham 2-0 at Wembley, and memorably reached the final of the UEFA Europa League as recently as 2010, where they lost 2-1 to Atletico Madrid after extra time.

They have been winners of the English second tier three times, but a first major trophy still eludes them.

They may have established themselves as a Premier League side, but Brentford have a terrible record in knockout competitions, which means they have never won a trophy in their 133-year history.

The Seagulls of Brighton have been around for 121 years, but during that time have had limited success in the way of trophy-winning.

They have won the English third tier on three occasions, and the fourth tier twice, but came closest to lifting a major trophy in 1983, when they lost out to Manchester United 4-0 in an FA Cup final replay.

The original match is best known for a glaring miss by Brighton striker Gordon Smith, which cost Brighton the chance to lift their first silverware as the game ended 2-2.

The Eagles are yet another established Premier League club that have failed to taste major cup success over the years, despite coming close on a couple of occasions.

They reached the FA Cup final in 1990 and played out a 3-3 draw with Manchester United, only to lose the replay 1-0 four days later.

Palace also reached the FA Cup final in 2016, where again they played Manchester United, and lost out 2-1 after extra time, to leave them trophyless.

Watford’s heyday arguably came in the 1980s, and in the 1982/83 season they were runners up in the then top flight First Division, only finishing behind a world-class Liverpool side.

However, the Hornets failed to convert their best-ever league position into winning trophies. They did reach the FA Cup final in 1984, but lost out 2-0 to Everton. They also have the dubious honour of the heaviest defeat ever in an FA Cup final, having lost 6-0 to treble-winning Manchester City in 2019.