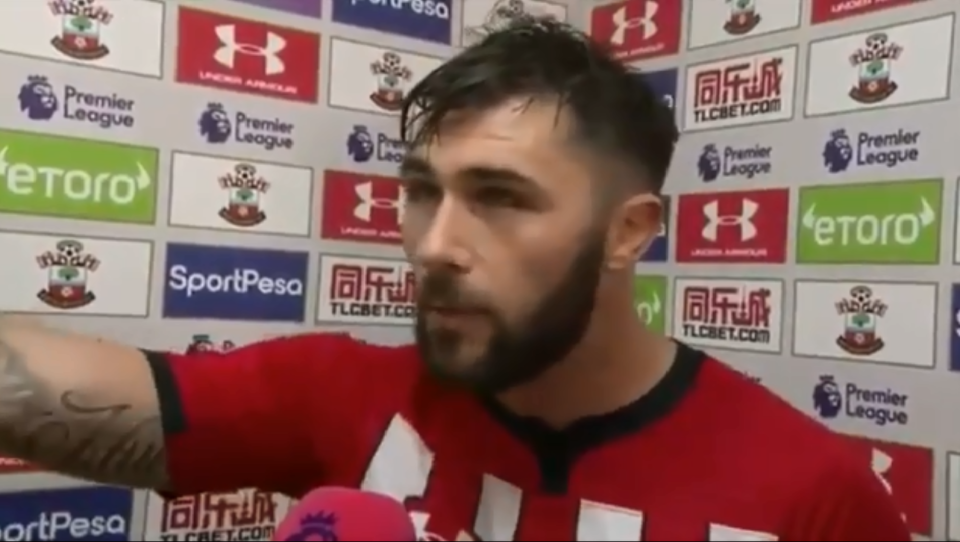 With another enthralling campaign done and dusted, here’s a look back at the most memorable lines this year.

Arsenal may have lacked consistency on the pitch at times during Unai Emery’s first season in charge, the Gunners boss certainly did not in his interviews.

Throughout the season, the Spaniard has repeatedly begun his press conferences with a friendly “good evening” or “good afternoon,” just as he often did at his former clubs, Paris Saint-Germain and Sevilla.

Emery and his team will certainly be hoping for one more good evening this season on Wednesday, when Arsenal face Chelsea in the Europa League final in Baku.

When Tottenham manager Mauricio Pochettino first arrived in the Premier League six years ago at Southampton, he needed the assistance of a translator in interviews.

Now, though, he seems to have mastered the English language so well that he is even coining his own phrases.

After revealing before Spurs’ Champions League game at Inter Milan in September that defenders Toby Alderweireld and Kieran Trippier had been left in London for ‘technical reasons’, Pochettino explained:

“It is like a cow that, every day in ten years, sees the train cross in front at the same time.

“If you ask the cow, ‘what time is the train going to come’, it is not going to know the right answer.

“In football, it is the same. Experience, yes, but hunger, motivation, circumstance, everything is so important.”

One of Spurs’ best results of the season was surely their 3-0 win at Manchester United in August, leaving Red Devils boss José Mourinho under increasing pressure.

Ever the narcissist, Mourinho managed to turn a seriously damaging scoreline on its head, before storming out of his own post-match press conference.

“3-0, but it also means three Premier Leagues and I won more alone than the other 19 managers together. Three for me and two for them. Respect, respect, respect man, respect.”

Mourinho did not have much of a window to use this one, with Arsène Wenger having left Arsenal and Leicester City champion Claudio Ranieri soon arriving at Fulham, but it was little surprise he took this opportunity while he could.

It was a miserable season for United, and things only briefly got better after Mourinho’s sacking when Ole Gunnar Solskjær won 14 of his first 17 games in caretaker charge.

But once the Norwegian was appointed permanently, they imploded yet again.

One of their darkest days came on Easter Sunday, where a rampant Everton side battered them 4-0 at Goodison Park. United managed only one shot on target that day, and even that did not come until the 86th minute.

To the surprise of absolutely nobody, Sky Sports pundit and former United player Gary Neville did not mince his words afterwards:

“I’m furious. I’ve often said that if clubs have weeds in the garden, you’ve got to get rid of them, but there’s some Japanese knotweed at that football club.

“It’s attacking the foundations of the house and needs dealing with properly.”

Fulham, who badly needed three points in their fight against relegation, had been awarded a penalty against fellow strugglers Huddersfield with ten minutes left.

Top scorer Aleksandar Mitrović looked set to take it as the first-choice spot-kick taker, but his team-mate, Aboubakar Kamara, had other ideas.

Kamara refused to let Mitrović take it instead of him, before seeing his tame effort saved by Terriers keeper Jonas Lössl.

Mitrović’s last-gasp winner got Kamara off the hook, but did little to calm manager Claudio Ranieri’s temper, admitting: “I wanted to kill him.”

Things got no better from there. Kamara and Mitrović had to be separated after an argument began between them in training a few weeks later, before Kamara was exiled and sent on loan to Turkish club Yeni Malatyaspor.

Ranieri was sacked in February, and the Whites were relegated with five games to spare.

Poor Charlie Austin thought he had done it. Having not scored a league goal for seven months, in a Southampton side battling relegation, he was certain he had put them 2-0 up against Watford.

But sadly for him, referee Hooper wrongly thought Austin’s offside team-mate, Maya Yoshida, helped the ball in and disallowed the goal.

Watford later equalised, the match finished one apiece, and Austin was left seething:

“It’s ridiculous, they shouldn’t be in the game. We scored a perfectly good goal that was ruled out for offside. The officials cost us two points.

“You go on about VAR this and VAR that; help the officials out. Clearly they need help.

It wasn’t all bad news for Austin, though. VAR was soon confirmed as being introduced into all Premier League matches from next season, and Southampton still managed to beat the drop by five points.

Manchester City had to be perfect in their last 14 league games to defend their Premier League title at Liverpool’s expense, and perfect they were.

But in their final home game of the season, they were pushed all the way by a resolute Leicester City, before captain Vincent Kompany sent a rasping 25-yard drive flying past keeper Kasper Schmeichel to win the match.

Incredibly, it was centre-half Kompany’s 37th shot outside the penalty area in his Premier League career, and the first which he had scored from.

And it seemed his team-mates were as surprised as anyone, with Sergio Aguero telling him after the match: