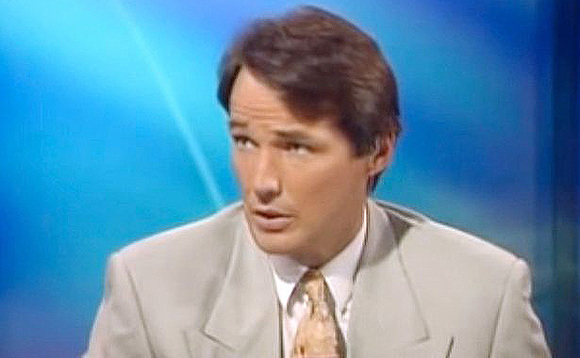 The start of the new Premier League season is always an exciting time as clubs up and down the country begin to plot their survival bid, quest for Europe or title challenge.

Manchester City proved in 2018-19 how vital a strong finish is, winning their last 14 league games to snatch the title away from Liverpool by a point, but it’s just as important to start well, and build momentum right from the offset.

Here we take a look back at five classic matches from the first round of top-flight games:

Going right back to the first day of the first Premier League season, few shocks will rank higher than Norwich’s incredible win at George Graham’s Gunners.

You would have struggled to find a bigger home win banker than this one pre-match; Arsenal had finished fourth in the First Division the previous season and won it a year earlier, while Norwich ended up 18th in 1991-92, just two places and three points above the drop zone.

And with the final 20 minutes approaching, it was all going according to the script, with Arsenal holding a 2-0 lead thanks to goals from Steve Bould and Kevin Campbell.

But Canaries boss Mike Walker’s decision to bring on Mark Robins proved inspired, heading in to halve the deficit just ten minutes after coming on.

An uncharacteristic goalkeeping error from David Seaman then presented David Phillips with the equaliser three minutes later, before Ruel Fox and Robins, who chipped Seaman from outside the penalty box, sealed a monumental victory for Norwich.

It would be the first chapter in a memorable season for the Norfolk side, who went on to finish third, their highest Premier League finish to-date.

And on the day, it proved to be Sir Alex Ferguson’s latest nadir after a torrid summer.

United had bought nobody and let go of 1993-94 title-winners Mark Hughes, Paul Ince and Andrei Kanchelskis; not to mention the dreary grey kit they turned out in on opening day.

Ferguson’s men were taken apart from the offset, with three Villa goals before half-time doing the damage; David Beckham’s late consolation proved all they had to show for their efforts.

But, of course, there would be few days as forgettable as that for United, as they proved Hansen and fellow doubters wrong to clinch a memorable Premier League and FA Cup double.

Blackpool were supposed to be hosting Wigan for their first top-flight game since 1971, before construction work at their stadium, Bloomfield Road, saw the fixture reversed.

But if that gave the Latics a slight advantage on paper, it didn’t show on grass.

The Seasiders announced their arrival in truly emphatic style, thumping Roberto Martinez’s side 4-0 in the own back yard thanks to a brace from Marlon Harewood, and goals from Gary Taylor-Fletcher and Alex Baptiste.

For a couple of hours, Ian Holloway’s men even topped the Premier League table, before champions Chelsea crushed West Brom 6-0 in the late kick-off to overtake them.

It was Wigan who had the last laugh though; the final day win at Stoke City secured their survival at the expense of Blackpool, as the Tangerine dream died after just one valiant campaign in the Premier League.

A game that reflects perfectly the typically chaotic nature of Arsenal’s summers towards the end of Arsene Wenger’s reign, this game both highlighted the Gunners’ strengths and exposed their most glaring weaknesses.

Unrest had already settled in among fans after just two summer signings so far – Granit Xhaka and Rob Holding – and an opening-day defeat to Jurgen Klopp’s Liverpool, where Holding, 20, and Calum Chambers, 21, started as centre-back partners, only amplified the groans.

Arsenal took the lead, though; not long after his tame penalty was saved, Theo Walcott made amends to strike the first blow. But it transpired to be a fleeting moment of joy for the home faithful.

First came Philippe Coutinho’s sumptuous free-kick to equalised on the stroke of half-time, then Liverpool took over after the break thanks to another goal from the Brazilian, Adam Lallana and an excellent debut strike from Sadio Mané.

But Arsenal responded instantly, and thanks in part to the error-strewn performance from the Reds’ Alberto Moreno, found a way back into the match through Alex Oxlade-Chamberlain, now of Liverpool, and Chambers.

That was where the twists and turns ended, though, and it proved to be a prelude for what followed that season; Liverpool made the top four for the first time since 2014 by finishing one point ahead of Arsenal, who missed out on Champions League qualification for the first time under Wenger.

Another Arsenal season opener, another 4-3. This time, though, thanks to a late fightback, it went the Gunners’ way.

The opening game of the 2017-18, this Friday night fixture ignited within five minutes, Gunners debutant Alexandre Lacazette had put them ahead inside two minutes, before Foxes forward Shinji Okazaki swiftly equalised.

And it was two apiece by the break, Jamie Vardy having put Leicester ahead before Danny Welbeck’s leveller in stoppage time.

Vardy again sent Craig Shakespeare’s side in front early in the second half, and as the final whistle grew nearer, the mood around the Emirates Stadium began to simmer, just as it had done a year earlier.

But then came Aaron Ramsey’s drive which arrowed in to the corner of Kasper Schmeichel’s goal, before substitute Olivier Giroud, who had been linked with a departure from Arsenal for most of the summer, secured all three points for with a dramatic late header.

Cruel on Leicester, who deserved far more than this crushing late blow, but for ecstasy for Arsenal, as the 2017-18 campaign got underway in the most hectic fashion imaginable.