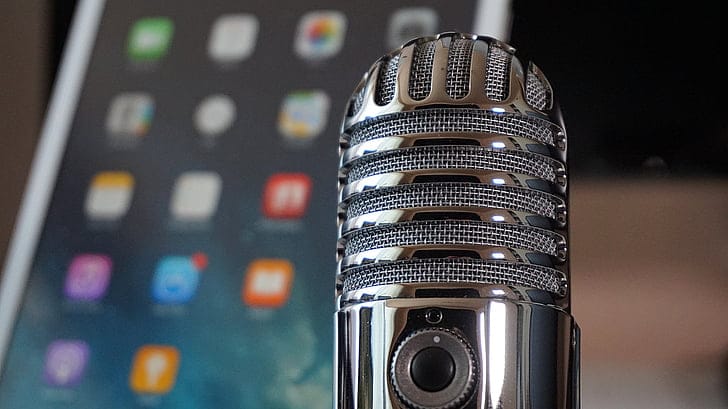 Tired of the same old playlists on your morning run? Want something different to listen to on the way to work (back when we all commuted, anyway…)?

Well, if you’re a football nut, you’re spoilt for choice in that regard, because you have podcasts on the game coming – literally – out of your ears.

We’ve picked eight of the weirdest and most wonderful of them, covering a range of topics in a range of different tones. These are, in our opinion, the best football podcasts on Spotify:

Slightly misleading given it’s now thrice-weekly, the Guardian’s award-winning Football Weekly podcast has been the go-to for discussions on the beautiful game since it began in 2006.

Primarily covering the Premier League, there’s a healthy balance of humour and seriousness thrown into an hour’s worth of chat, as well as a good amount of coverage of the EFL, the women’s game and abroad – a third podcast was added in 2020 mainly to cater for the European leagues.

Plus, Max Rushden and co. also release a good number of ‘specials’ – including such recent topics as the impact of Brexit on football, Black Lives Matter, tackling dementia in the game, and the sport’s relationship with gambling.

You’ve probably already heard of it, listened to it and enjoyed it, but it’s still one of the best around.

Another mainstay in the football game, the Football Ramble has been running since 2007 and, like Football Weekly, boasts that winning combination of insight and light-heartedness.

With a revolving cast, including founders Marcus Speller, Luke Moore, Pete Donaldson and Jim Campbell, and newcomers Jules Breach, Kate Mason, Andy Brassell and Vithushan Ehantharajah, the Ramble became a daily, Monday to Friday podcast in 2019 and packs the right amount of not-overly-serious football talk into a good three-quarters of an hour.

Their ‘Ramble Meets…’ series always makes for a fascinating listen, too, with recent guests including Sven-Goran Eriksson, Arsene Wenger and Stuart Pearce.

How Often? Once a week How Long? 45-60 mins Mainly Covering? Classic Football Matches

Also hosted by Speller is the Greatest Games series of the podcast by the Blizzard, quarterly magazine set up by football writer Jonathan Wilson.

Each week, Speller and Wilson are joined by a special guest – usually a fellow journalist or broadcaster – who waxes lyrical about the match which changed their life for the best part of 45 minutes. Every period of history is covered, no stone left unturned.

Whether it’s hearing the inside story from the people who went behind the scenes at these games, or just listening to how it altered their perception of football forever, they are a must for any aficionado of the game.

Not the Top 20 Podcast

For fans of English clubs stuck beneath the glass ceiling of the Premier League, the comparative lack of coverage in the EFL, if understandable, can be a little grating.

Which is why, if you follow any of the 72, Not The Top 20 is an essential listen, as hosts George Elek and Ali Maxwell offer in-depth, knowledgeable coverage of the Championship, League One and League Two in roughly equal measure.

They interview some of the EFL’s most esteemed players and managers, offer their opinions on the latest issues surrounding some of its clubs, and cover every story worth telling in three of England’s most competitive and unpredictable divisions.

One of the best podcasts on YouTube as well as on Spotify and elsewhere, Tifo’s USP is how untouched most of their topics feel – from psychotherapy in football, to the art of commentary, to the A-league, and just about everything in-between.

They also take in-depth looks at various English clubs, often in collaboration with their dedicated writer(s) from The Athletic, as wells as a ‘Sensible Transfers’ series and interviews with football-mad musicians. There’s something for everyone here, such is the diversity of their coverage.

How Often? Once a week How Long? 30-45 mins Mainly Covering? Football Tactics

If you love nothing more than a deep dive into the mindsets of some of the game’s greatest tacticians, you’ll love The Athletic’s ‘Zonal Marking’.

Co-hosted by Michael Cox, who wrote a book of this very name on this very subject, Zonal Marking is a weekly treasure trove of tactical nuggets, with recent episodes including the difference between a number six and a number eight in midfield, Thomas Tuchel’s management style, and whether Arsenal’s women’s team have a mental block in the big games.

For as informative an explanation as you’re likely to get on why managers and players do the things they do, you can’t really look beyond it.

Want something a little more jovial but still just as interesting? Peter Crouch has plenty of tales to tell from his career which will doubtless leave you in hysterics.

Along with co-hosts Chris Stark and Tom Fordyce, Crouch tells the stories behind his iconic robot dance, his punditry debut in India, the cookery programme he invented and much more.

There’s also been plenty of brilliant special guests, not least Prince William and Mike Dean, as well as a curry down at the Samrat and the sell-out Crouchfest.

The podcast has been on hiatus since mid-2020, but here’s hoping they’ll be ‘back stronger’ with a fifth series in 2021.

How Often? Once a week/fortnight How Long? 30-60 mins Mainly Covering? Anything But Football, Really…

Perhaps you’d prefer a football podcast which isn’t really about football at all – in which case, give Andy Dawson and Bob Mortimer’s ‘Athletico Mince’ a try.

While Athletico Mince is ostensibly a football podcast (at least, it started that way in 2016), both Dawson and Mortimer admit it’s evolved into something wholly different, making for a far more unique, surreal listen.

If you reckon you’d be more into conversations about the British Managers Lunch Club, Roy Hodgson’s Warhammer obsession or Steve McClaren’s ‘hair island’ and pet snake Caspar, Athletico Mince is the pod for you.

There’s no venting about VAR or offside toenails here – to quote Mortimer himself, “The thing I despise most is f***ing opinions.” He’s joking, of course, as he and Dawson are for much of this one-of-a-kind pod.