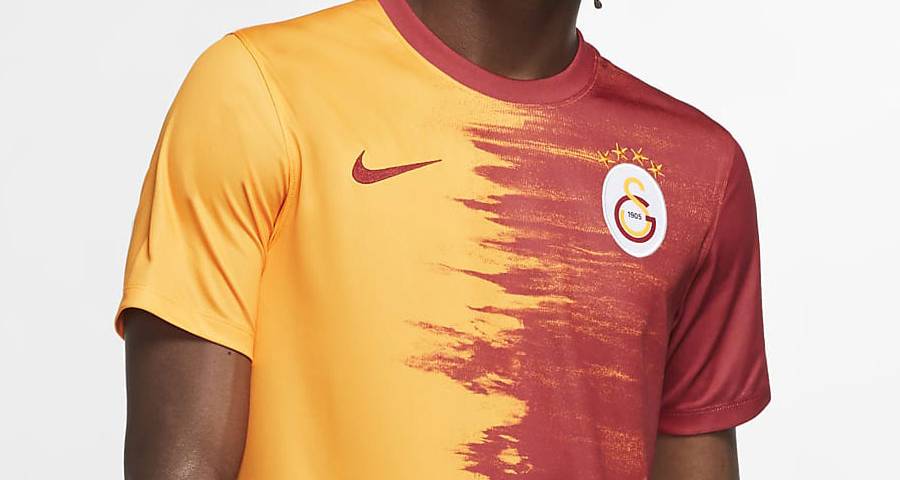 A bit later than usual, but finally, it’s that time of year again. Time to shell out exorbitant fees for your team’s new kit which will be out of date and terribly unfashionable in less than a year’s time.

But then again, football fans are nothing if not suckers for a classy new strip. So, which of those released so far for the delayed 2020-21 season are the cream of the crop? Which around the world are the most slick and the most daring? What are the pick of the designs from leading brand names like Adidas, Nike, hummel and Puma this year? Let’s take a look at nine of the most striking:

Following relegation back to the Championship after five seasons in the Premier League, Watford have certainly made a bold statement with their new home shirt, their first in partnership with Spanish kit manufacturer Kelme.

The strip features the hornet logo on the back of the shirt, as well as the ‘Watford Welcomes’ values imprinted into the half-moon of the back neck. But those sharp black lines arrowing towards the club crest in the top-right are what makes it really stand out; as the tweet above suggests, it’s rather akin to the kits South African side Kaizer Chiefs release.

With a similarly bold combination of black and yellow, next up is Borussia Dortmund’s new home shirt, which is almost as electrifying as a Jadon Sancho dart down the wing.

These diagonal lightning bolts don’t just feature on the front of the shirt, either – they run down the sleeve, too – no wonder, then, that the German side marketed it as ‘high voltage’‘. A new sponsor, internet service provider 1&1, completes the new design, with Dortmund’s long-term association with Evonik having been brought to an end.

Perhaps the most on-brand new kit this summer, Scottish semi-professional side Loch Ness FC have reportedly been taking orders for their new home strip from all over the world.

A black-and-gold-hooped design would have been simple enough, but the addition of miniature ‘Nessies’ – a nod to the Loch Ness Monster for which the area is best known – makes this kit a cut above (or below?) the rest.

Another left-field offering this year comes from Turkish giants Galatasaray, with a more avant-garde mesh of their traditional colours than usual from their kit provider, Nike.

The home strip combines the club’s colours of pale orange and red with an interesting ‘brush-stroke’ effect separating them, while the away kit is predominantly black but with more than dash of red splashed across the front.

If you like hundreds and thousands, you’ll love the new kits from Las Vegas Lights. If not, you might think it resembles an eight-year old’s first attempt at using Paint.

But there’s a twist with this one – each of their 17 home games this season will see them wear a different strip, with fans being encouraged to send in design ideas for the club only founded as recently as 2018.

Indeed, local businesses teamed up to design this strip with line drawing references to the club’s culture and Providence itself, including a skull-and-crossbones ‘Rogues’ logo, but with crossed torches rather than bones.

In their first year in partnership with the Toffees, Danish manufacturer hummel have really nailed their designs, first with a simple yet classy home shirt and now this classic away offering.

The blue-and-amber strip pays homage to 50 years ago when Everton won their seventh league title under Harry Catterick, donning a similar kit on the road. The blue chevrons along the shoulders and an embroidered ‘EFC’ scroll detail are just some of the gorgeous touches added to this design.

It may seem lightyears ago after their 8-2 shellacking at the hands of Bayern Munich, but just a decade ago, Barcelona were actually good at football. Really good, in fact.

The 2010-11 season saw them seal an historic treble which, masterminded by Pep Guardiola, is widely considered the greatest team in the club’s history. Their new kit, with yellow hoop around the collar and simple red-and-blue stripes, is a nod to that monumental season, is a welcome change from their chequered strip in a chequered 2019-20.

And last worth mentioning is FA Cup winners Arsenal, whose new Adidas home kit is steeped in history yet looks just as slick and modern as any other this year.

The design harks back to the club’s geometric crest used in 1936 and 1949, while there is an even a nod to the floor tiling of the marble halls in the East Stand of Highbury, Arsenal’s former stadium up until 2006.

What Do You Think Are The Best Football Kits/Shirts For The New Season? Let Us Know In The Comments…