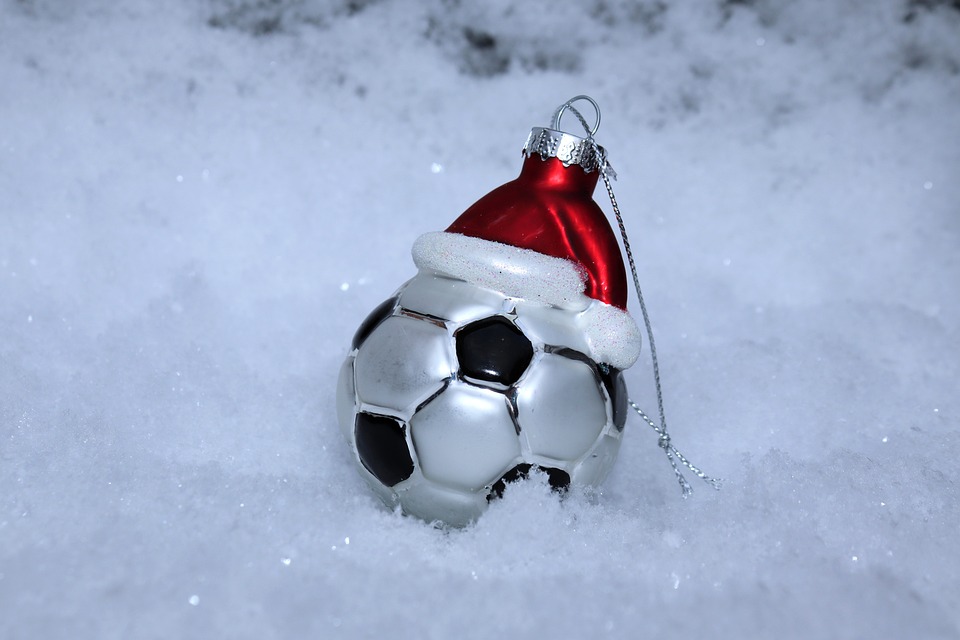 It’s the most wonderful time of the year. No, not because of presents, snow or stuffing your face and giving your liver a good kicking, but because Christmas, nowadays, is synonymous with lots and lots of football. Too much, if anything.

After all of the hubbub and celebration that surrounds Christmas Day, Boxing Day might feel a bit after the Lord Mayor’s show were it not for a full programme of fixtures to feast over.

There have been some real Christmas crackers (pardon the pun) in the Premier League on December 26, too; let’s look back at five of the best:

A thumping Arsenal win showed the Gunners at their brilliant best, as Thierry Henry hit the first of his eight Gunners hat-tricks on his 50th league appearance for the club.

And it was he who opened the scoring midway through the first half, half-volleying in Robert Pires’ corner, before his French compatriot Patrick Vieira doubled Arsenal’s lead with a tap-in early in the second half.

Foxes striker Ade Akinbiyi would then halve the deficit, but that would only prove scant consolation as Arsene Wenger’s men ran riot thereafter.

But Henry would then regain Arsenal’s two-goal advantage, with a Freddie Ljungberg strike sandwiched in-between the Frenchman’s second and third goal of the game. But they weren’t finished there, as centre-half Tony Adams got his name on the scoresheet in the final minutes to complete the rout.

Eight goals and three red cards. What more could you want from post-Christmas football? This game had the lot.

Under Avram Grant’s management following José Mourinho’s (first) departure three months earlier, Chelsea were looking good for another title challenge, but Martin O’Neill’s Villa, chasing European football themselves, were on course to put a spanner in the works to two superbly-worked goals from Shaun Maloney.

Villa had already beaten Chelsea 2-0 in the reverse fixture that season, but the much-maligned Andriy Shevchenko would get the hosts back level single-handedly, first with a penalty – given away by red-card defender Zat Knight – and then with a wonder strike from range. Centre-half Alex then put the Blues in front with 25 minutes left, but Villa would soon equalise with an almost identical goal from a central defender of their own, Martin Laursen.

As the match entered its conclusion, Chelsea’s Ricardo Carvalho was also red-carded for a reckless, late challenge, before Michael Ballack’s 88th-minute free kick looked to have earned Grant’s side a vital, hard-fought three points. Until Ashley Cole handled in the box, was sent off and conceded a penalty, which Gareth Barry duly converted.

These two dropped points arguably proved fatal for Chelsea, as it was the same margin they would finish the season behind champions Manchester United.

A year late and another classic with Villa, Knight and a Barry penalty at the forefront of the action.

Villa, again vying for Champions League football and who had already beaten Arsenal 2-0 on their own turf just six weeks earlier, had looked likelier to score early on, hit the woodwork three times before Denilson gave the Gunners an undeserved lead just before the interval.

Wenger’s side doubled their lead after the break thanks to Emmanuel Eboué, who just weeks earlier, had been booed off the pitch by his own fans, but as ever with Arsenal in the later Wenger years, they proved to be at their most vulnerable when they looked at their most comfortable.

A penalty from Barry got Villa back in to the match, before an injury-time equaliser lashed home by Knight gave Villa fans a wonderful late Christmas present.

Another from Boxing Day 2008, this one makes the list more for what happened at half-time, rather than in the thick of the action.

Newly-promoted Hull had captured the hearts and minds of many during the first half of their debut Premier League campaign in 2008-09, including stunning away wins at Arsenal and Tottenham Hotspur, and an incredible run of form that saw them sit third by late October.

And though their form had begun to, perhaps inevitably, drop off by Christmas, to find themselves 4-0 down at the break away at Manchester City was still alarming. So much so, in fact, that furious Tigers boss Phil Brown saw fit to give his half-time memorable team talk on the pitch in front of their travelling fans.

Did it work? Well, they drew the second half 1-1, losing 5-1 on the day, and after narrowly staying up that season, Jimmy Bullard’s equaliser for Hull away at City the following year prompted an amazing celebration re-enacting Brown’s tirade.

Last but not least, it won’t be a list of thrillers without involving a last-gasp Manchester United win under Sir Alex Ferguson.

In 2012, during his final season before retirement, Ferguson and United welcomed Alan Pardew’s struggling Newcastle United, who showed no signs of being deterred by the league leaders when James Perch put the visitors in front after four minutes, and then shortly after equalising for United on 25 minutes, Jonny Evans turned hero to villain by scoring an own-goal.

Patrice Evra, who had scored just twice in seven seasons prior to this campaign drilled home a second leveller with his fourth goal of 2012-13 just before the hour-mark, but again Newcastle regained the lead through Papiss Cissé.

Robin van Persie, who went on to win the golden boat that season, made it 3-3 with 20 minutes left, but it was fellow striker Javier Hernandez who would grab the headlines, meeting Michael Carrick’s perfectly-executed lobbed through ball to win the match in the 94th minute.

It was three of 29 points United won having come from behind that season, on their way to their 20th and Ferguson’s final league title. A true hallmark of champions.